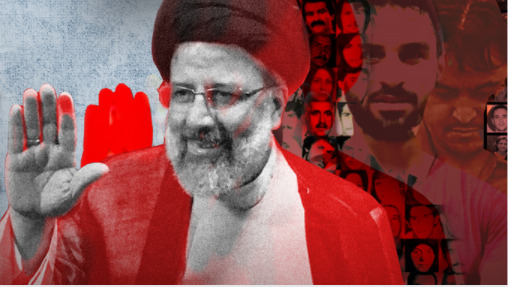 The Iranian Presidential polls of Friday promise to be a turning point in the Shi’ite nation’s history. Hassan Rouhani – who happens to be considered a ‘moderate’ in Iran is retiring. Ebrahim Raisi, a hardliner and the head of the judiciary, is now widely regarded as the obvious favourite to succeed Hassan Rouhani as Iran’s president. Raisi is considered to be a confidante of supreme leader Ayatollah Ali Khamenei and as president, will toe the line of the top Iranian cleric. However, the Iranian public does not have any liking for Raisi.

Ebrahim Raisi – a hardcore Islamist is simply being imposed upon them by the regime, and the people of Iran are not liking this. The propping up of Ebrahim Raisi has not gone down well with many Iranians, who have boycotted the elections. Now, Iranians boycotting the elections is bound to give supreme leader Ayatollah Ali Khamenei sleepless nights on end. First, the legitimacy of Iran’s “democratic” and “electoral” process is undermined internationally – which will definitely have a bearing on the way the world deals with Tehran.

Most importantly, a mass boycott of these elections would mean that the winner – most likely Ebrahim Raisi, will not have popular backing. Iranians would have lost any trust they had in their country’s political system and will realise that the only way to challenge the regime is to the streets in a popular uprising. Iranians are no fans of the Islamic regime in the country. All they want is a normal life, with a steady income.

However, under Supreme Leader Ayatollah Ali Khamenei, Iranians have been robbed of their livelihoods. Over 50 per cent of Iran’s 85 million population has been pushed under the poverty line since 2018 – because the Islamic regime was not complying with the terms of the 2015 Nuclear Deal, forcing Donald Trump to withdraw from it. Iran’s oil income has evaporated, and its economy is in shambles. The people of Iran are paying for the grave mistakes of their political and theological overlords.

It is only a matter of time before ordinary Iranians take to the streets of Iran. They have already shown their ability to do so – and what they have been lacking all this while has been a mainstream leader who can provide the anti-regime movement with a direction. That hiccup too, however, seems to have been overcome. Members of former supreme leader Ayatollah Ruhollah Khomeini’s family are now speaking out against the present regime – and had also called for a boycott of the sham-like Friday elections.

Hassan Khomeini – grandson of Ayatollah Rohullah called out the Iranian Guardian Council’s brazen engineering of the polls, saying, “Were I among the eligible candidates, I would have withdrawn my candidacy.” On 31st May, Hassan Khomeini told a crowd of Iranians that the new government which will be formed will not have the backing of the public, and will thus be an ‘illegitimate’ one. He said, “The people’s vote is a condition for the legitimacy of the system,” adding that a government that does not enjoy general acceptance “has no legitimacy.”

Ayatollah Ruhollah Khomeini was the founder of the Iranian republic. Therefore, when members of his family begin calling out the current supreme leader and his tightly controlled institutions – we know for a fact that Iran’s streets are about to get busy with another revolution. And then, Hassan Khomeini is not alone in calling out the present regime in Iran.

According to Zahra Khomeini, daughter of the republic’s founder, “The unbelievable matter is to reject the candidacy of regime officials whose efforts are well documented, since the beginning of the revolution and till this day, in the service of the people and the revolution.”

Read More: Iran’s early celebration about Netanyahu’s exit is both stupid and suicidal

Therefore, a war seems to have already broken out between the Khomeinis and the Khameinis. The Iranians, tired with their supreme leader, who they no longer consider a legitimate power, will only be emboldened by the results of the presidential election. Democracy is no longer a viable option for Iranians to kick out the Islamic regime. Brute force seems to be the only alternative.

In the 2019 anti-regime protests in Iran, the country’s security forces killed over 1,500 unarmed civilians. Iranians have not forgotten the brutalities meted out to them. They know very well how Ayatollah Ali Khamenei is effectuating the third stage of the Islamic revolution – which entails the installation of an Islamic government. The next stage is that of establishing an ‘Islamic Society’, which would mean the extermination of all moderate and non-extremist thought from Iran. Now, a civil war is more than imminent in the Shi’ite nation.