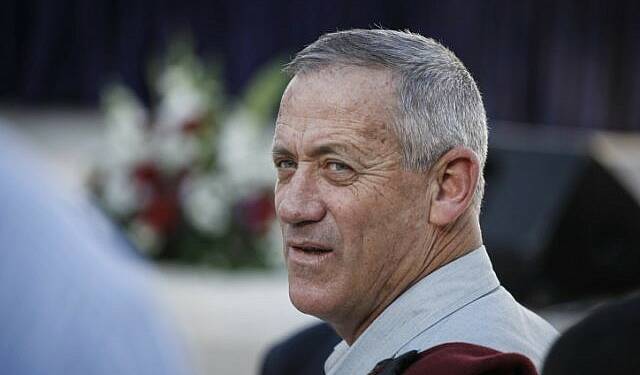 With Benjamin Netanyahu’s ouster in Israel, Iran had gone into celebration mode. Iran thought that its biggest enemy out of the way, it will manage to achieve its core objectives, namely resurrecting a nuclear deal with the US, getting rid of American sanctions and plotting to hurt Israel. But Benny Gantz, the Defence Minister of Israel, has popped Iran’s little bubble of celebration.

Also, Hamas had started testing the new Israeli government at the behest of Tehran, with its rockets and incendiary balloons coming back into the business. But now Iran has been given a befitting reply by Gantz. On Thursday, he said that the US and Israel were working to increase monitoring of Tehran’s nuclear program, while also warning that “all options are on the table” regarding plans to conduct a military strike so that Iran doesn’t obtain a nuclear weapon.

Israel’s Defence Minister Benny Gantz made the hard-hitting remarks against Iran while addressing a group of US defence officials, brought to Israel by the Jewish Institute for National Security of America (JINSA) advocacy group.

Gantz predicted that with an expected change of government in Iran, there could be a “reshuffle period in which the country accumulates achievements in nuclear development.” He added, “We are working closely with our American allies, in order to both increase oversight at this time and to clarify to Iran that all options are on the table, always.”

Probably, Tehran was living in the false hope that the Bennett government won’t look to sabotage the Iran nuclear deal as the Netanyahu government did. But if Benny Gantz’s remarks are any indication, Tehran’s problems are far from over. The Bennett government is actually taking Netanyahu’s combative approach on the subject of the Iran nuclear deal, or what is officially known as the Joint Comprehensive Plan of Action (JCPOA) forward.

For the Bennett government, pushing back against Iran was imperative. After all, it is supposed to match the standards set by the Netanyahu government when it comes to protecting Israel’s security interests.

In fact, even the present Foreign Minister Yair Lapid admits that the Iran nuclear deal was a “bad deal”. Overall, whatever Israel’s local politics may be or whatever the role of Benny Gantz in domestic politics maybe, Iran is going to face a lot of pressure from Israel. And the Jewish nation will keep opposing the Iran nuclear deal with all its might. Gantz has thus literally cut short the Iranian celebration after Netanyahu’s ouster.