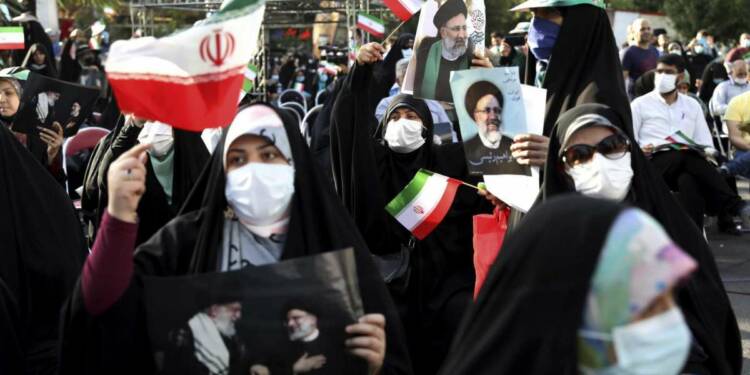 It is beyond imagination that a sham of an election like that from the movie Dictator can occur in any large country with significant military prowess in this day and age. However, the recent election results from Iran have proven that nothing is impossible and things like that can occur even today. The Iranian elections exemplified how elections in a big and populous country can be rigged at a monstrous scale.

Iran’s hard-line judiciary chief won a landslide victory in the country’s presidential election on Saturday, pushing the supreme leader’s protege into Tehran’s top civilian position in a vote with the lowest turnout in the Islamic Republic’s history. Ebrahim Raisi received 17.8 million votes in the first round of voting, far outnumbering the race’s single moderate candidate. However, Raisi dominated the election only after a panel under the watch of Supreme Leader Ayatollah Ali Khamenei disqualified his strongest competition.

The Islamic Revolution Guards Corps (IRGC) and Ali Khamenei, The Supreme Leader of Iran were already making sure that the coming elections are not a level playing field for the hardliners and moderates. The Guardian Council of Iran had even selected seven candidates, largely hardliners, for the presidential election while rejecting numerous prominent hopefuls. Ebrahim Raisi, a hardliner and the head of the judiciary, was regarded as the obvious favourite to succeed Hassan Rouhani, a moderate and as things have panned out, he has won.

Mr Raisi is a cleric with close ties to Supreme Leader Ayatollah Ali Khamenei. Raisi, a 60-year-old cleric in Iran’s Shi’ite Muslim establishment, is a mid-ranking cleric. He was appointed head of the judiciary by Supreme Leader Ayatollah Ali Khamenei in March 2019 and has since risen as one of the country’s most prominent politicians and a frontrunner to succeed Khamenei.

Read more: Iran is set to elect Ebrahim Raisi as the new President. Relations with Arab world and Israel are bound to worsen

“I have come to form a strong people’s government for a strong Iran” with the help of “the brave youth,” Raisi said, apparently alluding to recent comments by Khamenei who said he expected a “capable and energetic government” to come to power. The judiciary chief lost to Rouhani in the 2017 presidential election, however, things have changed a lot since and going ahead the moderate voices are getting muted as the current situation is giving a fighting chance to the hardliners. And add to that the fact that the Islamic Revolution Guards Corps (IRGC) are still in search of an opportunity to avenge the death of their top man Qasem Soleimani.

Reformists and rights activists say they are alarmed by Raisi’s background as a hardline judge, especially during the 1980s when he was one of four judges who imposed death penalties on thousands of political prisoners. Due to the disqualification of the less hardline contenders, Iran’s presidential election has practically become a one-horse race. The most hardline of the allowed candidates, Ebrahim Raisi won. The quick concessions, while not unusual in Iran’s previous elections, signalled what semi-official news agencies inside Iran had been hinting at for hours: That the carefully controlled vote had been a blowout win for Raisi amid the boycott calls.

Since the 1979 revolution overthrew the shah, Iran’s theocracy has cited voter turnout as a sign of its legitimacy, beginning with its first referendum that won 98.2% support that simply asked whether or not people wanted the Islamic Republic. However, the recent election turnout of 48% turned the once cited legitimising tool to be a sham. Iranian state television sought to downplay the turnout, pointing to the Gulf Arab sheikhdoms surrounding it ruled by hereditary leaders and the lower participation in Western democracies. After a day of amplifying officials’ attempts to get out the vote, state TV broadcast scenes of jam-packed voting booths in several provinces overnight, seeking to portray a last-minute rush to the polls.

Raisi would be the first serving Iranian president sanctioned by the U.S. government even before entering office over his involvement in the mass execution of political prisoners in 1988, as well as his time as the head of Iran’s internationally criticized judiciary — one of the world’s top executioners.