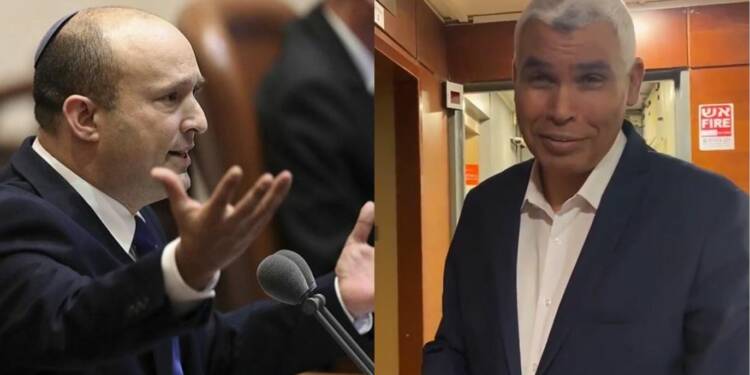 The rainbow coalition in Israel which was meant for the sole purpose of ousting Benjamin Netanyahu has come under the stress which was bound to happen. While at TFI we had already considered a rift in the new coalition, it has come way early and so. Ra’am Knesset Member Said al-Harumi has warned his party that he could break ranks with his faction and quit the coalition, potentially complicating the life of Prime Minister Naftali Bennett, Channel 13 News reported Friday.

According to the report, al-Harumi could either leave the four-seat faction while remaining in the Knesset or leave the Knesset entirely, which would be a better option for the coalition because it would bring the party’s next-in-line into parliament, who would not likely rebel against the rest of the faction. In the Knesset, the new administration has a razor-thin majority over the opposition. It was elected with a 60-59 vote, with Harumi voting no. Al-Harumi, a Bedouin from the Negev, is said to be concerned particularly about the Negev’s villages and Israeli demolitions of illegal structures. And how things are heading, it is becoming clear as day that the left-right-Arab coalition government is all set to fall apart in Israel.

The Naftali Bennett government has just come to power in Israel, but it is already facing a big test for survival. The latest flag march carried out by Israeli nationalists on Tuesday through East Jerusalem is bound to shake the very foundations of the rainbow coalition government of unlikely allies in Israel led by a right-wing Prime Minister, supported by the Left and an Arab party. The Ra’am party led by an Arab leader Mansour Abbas, who is sympathetic towards the Palestinian cause being in government is some kind of a first.

The flag march, held on Tuesday, was originally scheduled to take place on May 10 to commemorate “Jerusalem Day” and celebrate Israel’s capture of East Jerusalem in the 1967 Middle East war. But it couldn’t be held on May 10 due to the Israel-Gaza skirmishes at the time. After Bennett came to power, he couldn’t cancel the Tuesday flag march because he simply couldn’t afford to upset his right-wing voter base. However, it was not an easy task for him to allow the march.

Read more: The flag march in Jerusalem has shaken the new Israeli govt and it may even topple within the next two days

On Sunday, the MK startled onlookers by refusing to vote with the rest of his party on a confidence motion that installed the new administration, which replaced Likud Prime Minister Benjamin Netanyahu after more than a decade in power. The decision was made in response to plans to demolish Bedouin dwellings in the Negev, which he strongly opposes. However, Ra’am chief Mansour Abbas later said al-Harumi’s protest vote was coordinated in advance and that coalition leaders Naftali Bennett and Yair Lapid had been aware of it. In addition, he said al-Harumi had been ready to back the government if there had been any chance it would not pass the vote.

But this is something no one would believe given the circumstances and the way in which the government has been formed. Ra’am has raised its own objections to the government’s first major legislative move — an extension of a 2003 law barring Palestinians from gaining citizenship by marrying Israelis. These demands among other things are bound to make the situation for the coalition worse going ahead. And it does not take rocket science to recognise the coming fall of the coalition in Israel.