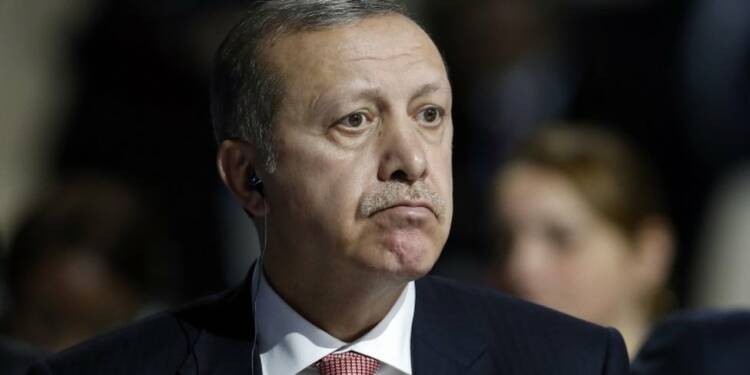 It is no secret that Turkish President Recep Tayyip Erdogan is thoroughly ambitious of expanding his clout over the Islamic world. Now as the United States finalizes the military drawdown alongside NATO forces from Afghanistan, Erdogan has quietly stepped up his efforts to gain a foothold in the war-scarred country. Even after the NATO withdrawal, Erdogan is adamant on maintaining a significant presence of Turkish troops on Afghan soil under the garb of securing country’s gateway to the world- The Hamid Karzai International Airport in Kabul. Erdogan’s ambitions, however, are meeting with a stern response from the Taliban.

Taliban has vowed to declare any foreign power willing to maintain a military presence in the country as “invaders”, and also dubbed Turkish plans as “Unacceptable.” “If foreign forces want to retain a military presence here in the name of airport security, Afghans will not allow it and will view them as invaders, be it Turkey or any other country,” Taliban spokesman Zabihullah Mujahid told VOA. Mujahid further said, “In recent meetings and discussions with Turkish diplomats they had shared with us [Turkey’s] proposed continued military presence here, but we told them it was unacceptable for us. And they assured us that our stance will be conveyed to their leadership.”

In his bid to exert more influence over the Islamic nation, Turkey is leaving no stone unturned to persuade Biden administration for its post-withdrawal Afghanistan policy. Erdogan discussed the issue with his US counterpart Joe Biden in their first face-to-face meeting as presidents at the NATO summit last week. Erdogan even signalled a possible consensus over his Afghan policy. “If they do not want us to leave Afghanistan, if they want a certain [Turkish] support there, then the diplomatic and financial backing of the United States will be of importance,” Erdogan remarked. Also, NATO’s Secretary-General Jens Stoltenberg hinted out at possibility of Turkey playing a leading role after the drawdown.

Undoubtedly, Turkey enjoys very warm relations with Afghan people and the establishment. The two nations signed their first “alliance agreement” in 1921. Erdogan’s 2014 Afghanistan trip marked the beginning of a new era between the two Muslim-majority nations. However, Erdogan’s latest adventurism risks poisoning the warm relations between Turkey and Taliban. Erdogan is projecting his country to be Afghanistan’s most reliable partner once NATO forces are out. Taliban remains unamused, however.

Taliban is well-versed with Erdogan’s wicked Afghan policy and his ambitions of ruling the Islamic world. Turkey is the only NATO member state that did not reduce the number of troops in Afghanistan after NATO’s combat mission ended in 2014. Instead, it boosted its military presence there, taking a more prominent role in NATO’s “Resolute Support” training mission. In 2015, President Erdogan suggested that Turkey could have a long-term military presence in the country. As it seems, Turkey’s Afghan policy is exorbitantly ambitious that puts it at odds with the Taliban.

With its futile Afghan policy, Turkey wants to score some brownie points with the Biden administration, but his foolhardiness could prove a nightmare for Turkish troops in long run. As of today, Turkey has a presence of around 500 troops in Afghanistan. Turkish troops have been involved in guarding and running the military section of the Kabul airport. Yet, Turkey has never had a combat force in Afghanistan. Turkish soldiers have never engaged in an armed confrontation and never fired a bullet in the country. How come such an ill-experienced battalion can boast about its ability in securing country’s most crucial international airport against tempestuous Talibans?

NATO’s withdrawal from the South Asian country is indeed a Taliban’s hard earned victory. Since the beginning of the withdrawal, Taliban has captured more than two dozen districts. Taliban has seized control of 37 districts in the past month alone. At this critical juncture, Taliban won’t let Turkey have a share of its hard earned cake. Instead, it won’t shy away from dealing Erdogan’s ambitions a massive blow in neighbouring Pakistan as well. Erdogan’s adventurism in Libya, Syria and Eastern Mediterranean has already costed Turkey its economy and security. A new Afghan fiasco would leave the hundreds of Turkish troops exposed to Taliban’s war-mongering hostility, with the ambitious Turkish President’s dream hanging in balance.