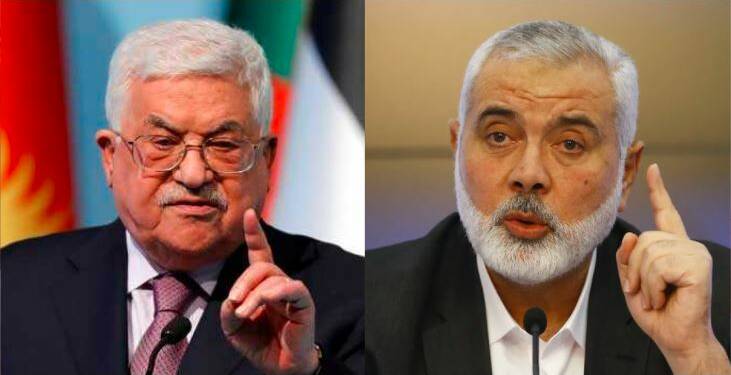 The political situation has become all the more turbulent in Palestine and in such a scenario, Hamas has started thinking about unseating current leader Mahmoud Abbas using its increased acceptance. And, Abbas is hitting out at his political opponents from the Dahlan-led Democratic reform to make sure that his position remains secure. The clampdown has mostly targeted activists and candidates associated with the Dahlan-affiliated Al-Mustaqbal list for the parliamentary election. So, while Hamas wants to unseat Abbas, the latter’s recent actions prove that it is not going to be an easy task.

According to a spokeswoman for the Dahlan-led Democratic Reform Current, Palestinian Authority (PA) security officials have arrested 49 Palestinians on suspicion of being linked with expelled Fatah leader Mohammad Dahlan. According to Dimitri Diliani, another 150 Palestinians have been detained or summoned for questioning by PA security personnel for the same reason. The PA crackdown on Dahlan supporters in the West Bank began during US Secretary of State Antony Blinken’s visit to Ramallah on May 25, he said. The latest actions prove that while Hamas would want to unseat Abbas, he will not relent so easily.

While this is happening, Hamas is trying to gain support from international players too. Hamas, the Palestinian Islamic Resistance Movement, has sent a delegation to Morocco to engage with Moroccan political figures. Ismail Haniyeh, the director of Hamas’ political department, led the trip. The latest developments in occupied Palestine following Israel’s military attack against the Gaza Strip last month were on the table for discussion.

Read more: Hamas is trying to create fissures in the Abraham Accord alliance. Morocco is the first target

Fatah was scheduled to run three separate lists in the parliamentary election, including Abbas supporters, Dahlan supporters, and members of a new party led by Nasser al-Qidwa, a former PA foreign minister. Since Abbas announced the cancellation of the elections, scores of Hamas sympathisers, Palestinian political activists, and social media users have been arrested or summoned for questioning by PA security forces, some of whom have been accused of “insulting” prominent Palestinian leaders. During last month’s Israel-Hamas War, some Hamas sympathisers were accused of attending demonstrations in support of the Gaza-based terrorist group.

“The campaign of arrests against Al-Mustaqbal activists and volunteers began while President Abbas was meeting with Secretary of State Blinken in Ramallah,” Diliani said. “The visit of Blinken, which came after the crisis between the PA and the US during the previous US administration, emboldened President Abbas to target the Mustaqbal list, which poses the biggest threat to his [Fatah] faction. Abbas, in short, exploited the visit of Blinken and interpreted it as political backing by the US to suppress his political opponents and critics.”

Diliani accused Abbas of resorting to repressive measures “against anyone who disagrees with him.” Despite the crackdown, the Dahlan supporters will continue their political activities and demand the holding of free elections, he said. Hamas has been trying to capitalise on the fault lines that exist between the members of the political party and use them for its own purposes. However, Abbas is not ready to yield the West Bank to the very people who have made the Gaza strip a living hell.