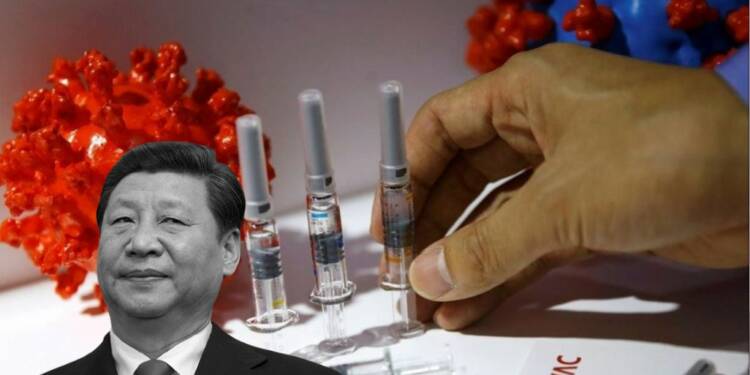 China has been on a philanthropic spree, first giving the world Coronavirus, and then sharing with countries their faulty vaccines. Although the countries which inoculated their population with Chinese vaccines early on found relief, it was just a placebo with no genuine effectiveness. Many countries have fallen to this sham of a vaccine that China provides and among them the four countries, namely Mongolia, Seychelles, UAE and Chile have administered at least one dose of the vaccine to a large chunk of their populations, ranging between 58.7% for Mongolia to nearly 72% for Seychelles. Yet, these countries are now battling a fresh surge in Covid-19 infections that scientists say shouldn’t be happening. Although basic arithmetic would have led us to the obvious conclusion, but, even experts say one of the key reasons could be the vaccines themselves.

In the previous few weeks, the number of cases has increased in all four countries. Mongolia, which relies heavily on Chinese immunizations, saw a fourfold increase in new infections on Sunday compared to a month ago. According to The New York Times, the number of daily new cases in Seychelles, where the immunisation programme was largely based on the Sinopharm shot, is more than 716 per million. Nearly 72 percent of the country’s population has received at least one vaccination.

This, however, is a dramatic contrast to Israel, where 63 percent of the population has been vaccinated (at least one shot) and daily new cases are at six per million. In Chile, a viral outbreak has overburdened hospitals, prompting the government to extend border closures until June. Bahrain, where over half of the population has been fully vaccinated and majority have received the Sinopharm vaccine, enabled patients to have a third booster dose earlier this month after an increase in infections.

Recently, Indonesia joined a list of countries that had to face a sudden surge of Covid-19 cases due to Chinese vaccines. Chinese vaccines have already shown failure across five countries- the UAE, Bahrain, Chile, Peru, and Seychelles. Countries like Seychelles and the UAE inoculated large swathes of their population, yet there are no signs of herd immunity kicking in. Now a similar problem has arrived in Indonesia, and it has turned into an unprecedented health crisis given it has hit the doctors disproportionately.

Read more: There is an unprecedented health crisis in Indonesia due to Chinese vaccines as hundreds of doctors contract Covid

Read more: China has successfully vaccine-trapped, UAE, Bahrain and most of the developing countries

The UAE too faces a similar story. It is the third most vaccinated country, after Seychelles and Israel. 51.4 percent of UAE citizens have received the first dose of the Sinopharm vaccine, and 38.8 per cent have received both doses. Yet, daily new cases exceeded 1,700 in the country recently. Chile comes next. It is the fourth highest Coronavirus vaccinated country with two doses for 37.4 percent of its total population and 44.8 percent with one dose. But again, Chile relied heavily on a Chinese vaccine called Sinovac.

In a statement, China’s foreign ministry stated that there is no clear link between current outbreaks and immunizations, and that vaccination rates in some areas may not be high enough to prevent the disease from spreading. The efficacy rates of the Chinese vaccines may be low enough “to sustain some transmission… even though it keeps people largely out of the hospital,” according to William Schaffner, medical director of the National Foundation for Infectious Diseases at Vanderbilt University, who told the New York Times.

China is shipping futile vaccines to the developing world and the Arab world. Beijing has vaccine-trapped a large part of the world. And these countries now come to realize that Chinese medical products are doing more harm than good. And as the things are panning out, it is becoming clear as day that Chinese vaccines are the very inhibitors of fresh waves of coronavirus as they have been utterly unsuccessful in dealing with the virus.

Desperate for the Iran nuclear deal, the Biden administration may be sneakily removing sanctions on Iran