Incumbent anti-Trump GOP candidates are 16 months away from unemployment 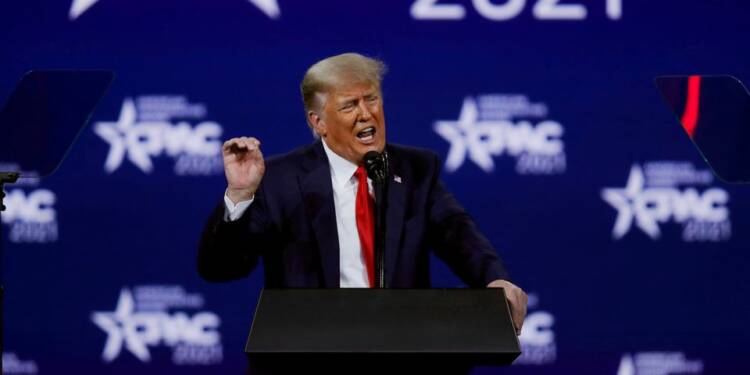 Donald Trump has some grand plans for 2024. It is hardly a secret that the former President wants to run for the White House once again. To do so in 2024, Donald Trump has begun preparing already. Right now, his top priority is to ensure that the Republicans win the upcoming midterm polls in 2022 handsomely, and establish their majority in both the House of Representatives and the Senate. By having a Republican Congress installed, Donald Trump’s prospects of winning the presidential polls will become all the easier.

But Trump must get the right Republicans into Congress. There is no doubt that the GOP has more or less consolidated in support of Trump. However, few aberrations remain. And the 45th President is taking steps to weed out Republicans who are not supportive of him and had even gone as far as voting in favour of his impeachment. Trump has openly declared that he will “get rid of them all”. As it turns out, those who voted in favour of Trump’s impeachment now stare at the prospect of being rendered unemployed sixteen months from now.

Donald Trump, according to ABC News, is inspiring a slew of primary challengers determined to oust the Republicans who turned on the former president earlier this year, during his impeachment trial. Eleven of the 17 Republicans who supported Trump’s second impeachment — the 10 representatives and one senator — face voters again in 2022, and 10 of them are facing challengers from within their own party.

Donald Trump is beginning to put his weight behind the candidates who are set to challenge the eleven incumbents who voted in favour of the impeachment. The stakes are so high this time around, that candidates across the 11 races have already filed candidacies with the Federal Election Commission, a requirement to raise and spend campaign cash. Thus, they are beginning their campaigns even before the election year sets in.

Here’s why the incumbent anti-Trump Republicans face a real threat to their political careers. Take South Carolina Rep. Tom Rice, for instance. Voters in South Carolina’s 7th Congressional District backed Trump over Biden by nearly 19 points, the second-largest margin among the pro-impeachment Republicans’ districts. Thus, voters do not seem to be in a mood to elect an anti-Trump representative for themselves, which is why a candidate backed by Trump will most likely win the district.

Those who voted in favour of Trump’s impeachment this year are: Rep. John Katko, Rep. Adam Kinzinger, Rep. Jamie Herrera Beutler, Rep. David Valadao, Rep. Peter Meijer, Rep. Tom Rice, Liz Cheney, etc. Donald Trump is out on a mission to destroy the careers of these representatives, and he will stop at nothing short of his own candidates defeating these incumbents in the midterm polls of next year.

Earlier, TFI had reported how Donald Trump is on a cleanup mission. He wants to rid the Grand Old Party (GOP) of fake supporters and contenders who falsely claim to have Trump’s backing. In fact, Trump is leaving no stone unturned to filter out the Republican primary candidates who wrongly claim to have his approval and support.

With the midterm polls approaching and some gubernatorial races up for grabs, a number of candidates are claiming to have Trump’s support. They show off their photos with Trump or divulge private conversations with the former President to suggest that they have his support. But Trump’s team is now calling out such GOP candidates and ensuring that only candidates who can defeat Trump-hating incumbents get the former President’s endorsement.

Donald Trump is all set to rob Republicans who have acted against him of their very careers – thus demonstrating his firm hold over the GOP.

East Europe has a symbiotic relation with Russia that West Europe threatens to destroy, and the East won’t let it happen