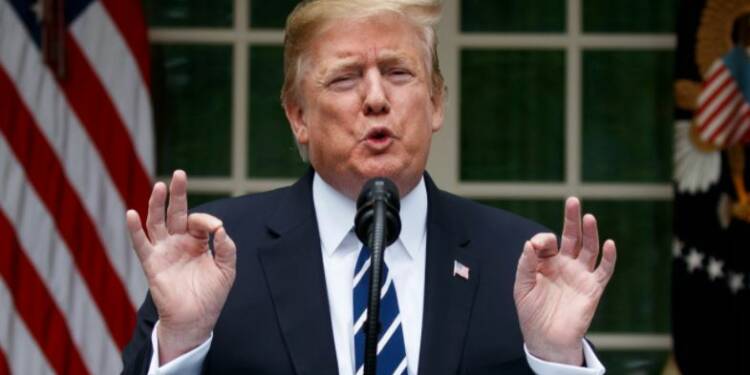 Former US President Donald Trump is on a cleanup mission. He wants to rid the Grand Old Party (GOP) of fake supporters and contenders who falsely claim to have Trump’s backing. In fact, Trump is leaving no stone unturned to filter out the Republican primary candidates who wrongly claim to have his approval and support.

The thing is that Trump remains, by far, the most popular Republican leader. Now, with the midterm polls approaching and some gubernatorial races up for grabs, a number of candidates are claiming to have Trump’s support. They show off their photos with Trump, or divulge private conversations with the former President to suggest that they have his support. But Trump’s team is now calling out such GOP candidates.

POLITICO lists many instances of Republican candidates looking to flaunt Trump’s support for their election bid. Lynda Blanchard, for example, released a video highlighting her Trump bumper sticker-adorned pickup truck as a part of her Alabama Senate campaign.

However, the former US President was reportedly annoyed when he came to know from his donors that Blanchard was hyping her connections with Trump and giving an impression that she had the backing of the former US President. Trump was actually supporting Rep. Mo Brooks, a long time ally, and reportedly vented to his advisors that he barely knew Blanchard. On the other hand, Blanchard claimed that she never intended to imply having Trump’s support.

The 2022 Republican primary season is shaping up intensely now. So, it is natural that many candidates want to enjoy and flaunt Trump’s support. The problem is that many candidates are seemingly claiming to have Trump’s backing without any official endorsement by the former US President.

Former Trump campaign manager Corey Lewandowski said, “Lots of candidates pretend to have the support of President Trump. Most are full of shit. You will know when President Trump endorses someone.”

Trump and his team also understand that the former US President should lend support to GOP candidates prudently. If the former US President wants to remain the tallest GOP leader, he must be able to ensure that his supporters actually get elected to the US Congress in 2022 midterm polls, which will ultimately help Trump in the 2024 Presidential race. So, anyone and everyone must not be allowed to claim Trump’s coveted endorsement.

Another such issue cropped up last week, when a misleading flier surfaced on the internet claiming that the former US President endorsed businessman Hirsh Singh for the New Jersey GOP gubernatorial primary. Ultimately, Trump spokesman Jason Miller had to tweet that the flier was “FAKE” and clarify that Trump “has NOT endorsed in the race.”

Singh on his part denied that he was behind the flier and seemed to describe the flier as a sabotage attempt by one of his primary rivals.

A similar incident happened during the Texas special congressional election in April. At that time, Dan Rodimer, a former professional wrestler, ran ads describing himself as “the Trump candidate”. He also claimed of being the “only” candidate in the race to be endorsed by Trump.

However, Miller had then tweeted, “Important Note. President Trump has NOT yet endorsed a candidate.”

The number of candidates claiming Trump’s endorsement is huge. The number is going to rise further as midterm primary contests pick up pace. But Trump’s team is literally prepared to call out all such candidates.

John McLaughlin, who used to be a pollster in Trump’s campaigns, said, “Until a candidate gets an official statement from President Trump, whether in writing, video or audio, they do not have the official endorsement.” McLaughlin added, “It’s dishonest. If proven, it could totally backfire.”

The fact remains that Donald Trump himself has larger ambitions of coming back to power as the US President. But for that, he must keep the GOP in control. The former US President has already targeted unfavourable people in his party like Mitch McConnell and Liz Cheney. Having already settled the score with his detractors in the GOP, Trump now wants to call out fake allies in his party.