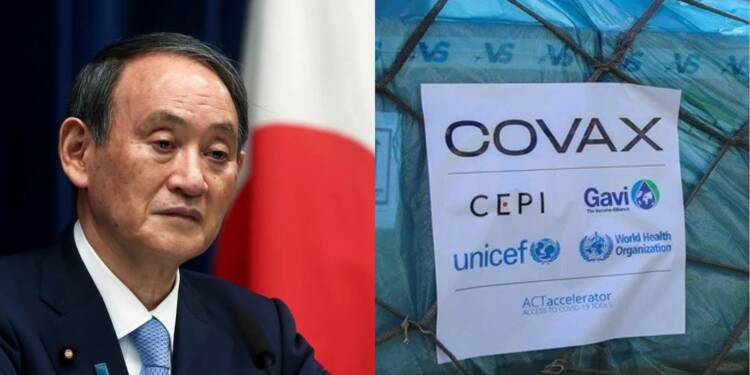 China’s vaccine diplomacy has fallen headfirst into a pit, and as the number of cases in the countries that administered the Chinese vaccine keep on increasing, Japan has rushed to help those countries and capitalise on China’s vaccine diplomatic failure. Japan will provide about 1 million doses of AstraZeneca PLC’s COVID-19 vaccine each to Indonesia, Thailand, the Philippines and Malaysia as early as the first half of July, Foreign Minister Toshimitsu Motegi has announced. The direct donations, which should help Japan to increase its diplomatic influence in Asia, come as wealthy nations are being pushed to provide more doses to the global vaccine sharing scheme COVAX to cover a 200-million dose shortfall.

Taiwan and Vietnam will each receive an additional 1 million doses of vaccination by mid-July, according to the authorities. Through the COVAX international framework for collaborative purchase and distribution of coronavirus vaccinations, Japan expects to send a total of 11 million doses of vaccine to other Southeast Asian countries and Pacific island governments sometime after mid-July. The Foreign Ministry also stated on Friday that it would offer India an emergency funding of $9.26 million to help the country’s vaccine cold chain, which keeps vaccine vials cool and allows them to be transported.

Despite being vaccinated with the Chinese Sinovac vaccine, more than 350 Indonesian doctors have infected COVID-19, with many being hospitalised, officials said, raising questions about the efficiency of some vaccines against more severe virus strains. China-made vaccines are a prevalent element hurting vaccination programmes in many countries. According to Badai Ismoyo, head of the Kudus district health office in Central Java, the majority of the doctors were asymptomatic and self-isolating at home, but dozens were hospitalised with high fevers and low oxygen saturation levels.

Indonesian health care workers, who were designated as a priority category, were among the first to be vaccinated when the vaccination campaign began in January. Almost everyone has got the COVID-19 vaccine, which was created by Sinovac, a Chinese biopharmaceutical company, according to the Indonesian Medical Association (IDI). “The data shows they have the Delta variant [in Kudus] so it is no surprise that the breakthrough infection is higher than before because as we know the majority of health care workers in Indonesia got Sinovac, and we still don’t know yet how effective it is in the real world against the Delta variant,” said Dicky Budiman, an epidemiologist from Australia’s Griffith University.

Read more: There is an unprecedented health crisis in Indonesia due to Chinese vaccines as hundreds of doctors contract Covid

In the Indonesian capital Jakarta, radiologist Dr Prijo Sidipratomo told Reuters he knew of at least half a dozen doctors in the city who had been hospitalized with COVID-19 in the past month despite being vaccinated, with one currently being treated in ICU. “It is alarming for us because we cannot rely on vaccinations only,” he said, urging people to strictly adhere to health protocols.

Japan is using 120 million doses of the AstraZeneca vaccine it has on hand, despite the fact that it has no imminent intentions to employ the vaccine at home due to international reports of blood clots. Toshimitsu Motegi, Japan’s foreign minister, announced on Friday that the COVAX would begin delivering 11 million doses to Southeast Asia, Southwest Asia, and Pacific islands in mid-July.