Banned by Big Tech, Trump makes Rumble his new medium to reach out to his followers. This will be a big jolt to YouTube 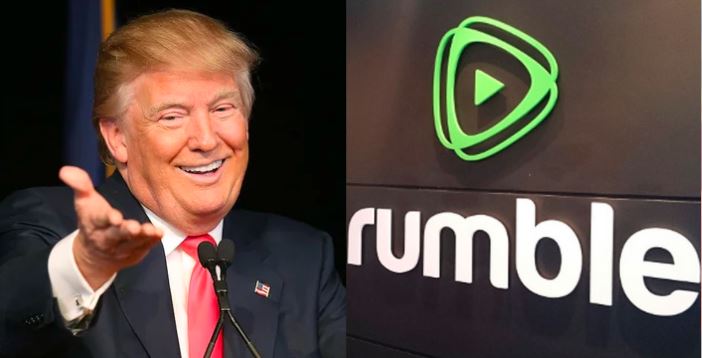 The monopolistic practices can only remain till they do not make large swaths of people feel left out of the ambit. And this is exactly what Big Tech has succeeded in doing with constant censoring of conservative voices which was epitomised by the suspension of the then President of the US, Donald Trump’s accounts which were followed by his outright banning from social media platforms. However, Trump joined video platform Rumble on Saturday, the same day he took the stage at a campaign-style rally in Ohio.

According to Trump’s spokeswoman Liz Harrington, joining Rumble is an addition to, not a replacement for, the former president’s ambition to launch his own platform. Trump has not provided any details about the prospective platform, which he shut down earlier this month after it was established. “It is a great way to reach the American people in a time of unprecedented assault on free speech in our country by Big Tech tyrants,” Harrington said in an email to Reuters.

A couple of months after being unceremoniously de-platformed from voicing his opinion on left-leaning Silicon Valley-based tech companies like Twitter, Facebook, Instagram and YouTube, Donald Trump is set to make his comeback, albeit on his own terms and his own independent social media platform. Trump’s spokesman, Jason Miller had confirmed back in March, in an interview with Fox News that the former President could be seen in his new avatar in the coming months.

Read more: It’s gonna be YUUGE. Trump is coming back on the internet with a brand new social media platform of his own

Miller said, “This is something that I think will be the hottest ticket in social media. It’s going to completely redefine the game. And everybody is going to be waiting and watching to see what President Trump does but it will be his own platform.” Claiming Trump’s presence would attract “millions and ten of millions” of people to the new venture, Miller also revealed that several big companies had approached Trump and his team. He added, “There have been a lot of high-powered meetings he’s been having at Mar-a-Lago with some teams of folks who’ve been coming in.”

Now translate the shifting of millions of Trump’s followers on the video platform Rumble. This is especially bad news for YouTube, which has enjoyed the unchallenged hegemony of being the one of a kind platform that has punched the death knell on many similar platforms, in its path to hegemony.

Chris Pavlovski, the CEO of Rumble, said that Trump’s verified account had been created on the platform but declined to say further. Trump adviser Dan Scavino announced on Twitter that Trump’s rally in Ohio would be aired live on the app. Rumble, a Canadian internet entrepreneur Pavlovski’s YouTube-style video platform which was launched in 2013, has gained popularity among conservatives in the United States. The platform is backed by billionaire venture capitalist Peter Thiel and J.D. Vance, author of “Hillbilly Elegy.”

Trump now has the duty of ushering the world into an era of online freedom in which no voice is silenced while also instilling fear in the hearts of monopolistic social media companies that have turned into mini-dictators in their own right, banning and censoring everything and anything that appears to cross their line of agenda. With Donald Trump now on Rumble, a tectonic shift has begun in the social media dimension, and the rumbles of these events will go far and wide.