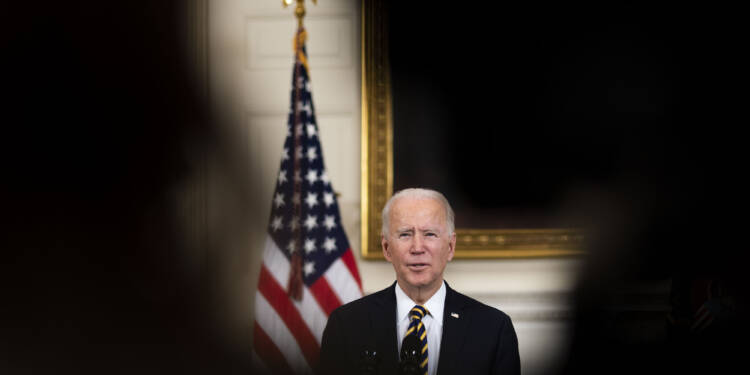 Joe Biden and his administration has not got out of the impractical and destructive mindset of going forward with the Obama era Iran nuclear deal. The 2015 Joint Comprehensive Plan of Action (JCPOA) was a disaster because it allowed Tehran to expand its nuclear programme while bypassing American sanctions. However, now with the problems in the Middle East going out of hand, Joe Biden had to reluctantly follow through with the US allies and gave a go ahead to bomb the Iranian facilities on the Syria border and the US Air Force did the rest.

US Air Force F-15s and F-16s were used in the operation, according to a US defence official with knowledge of the operations. The strikes began around 6 p.m. Eastern Time, which is 1 a.m. local time. According to the official, at least one facility used by Iran’s paramilitary troops to launch and recover drones was destroyed. The crude drones have recently targeted Americans in Baghdad and Erbil, both in northern Iraq.

Recently, IDF Chief of Staff Lt.-Gen. Aviv Kohavi had warned US officials against rejoining the 2015 Iran nuclear deal, while in Washington to discuss the threat posed by Iran’s nuclear ambitions. Now, it is a very rare move for an IDF chief to criticise US foreign policy, given the close alliance between the US and Israel. But the situation is such that Israel is constrained to issue an open warning to the US.

Read more: Israeli Defence Forces Chief is in America to warn America about Iran for the last time.

IDF Spokesperson’s Unit issued a statement reading, “The Chief of the General Staff emphasized the shortcomings of the current nuclear agreement that will allow Iran to make significant progress related to centrifuges as well as to substantially enhance the amount and quality of enriched matter over the next few years, also emphasizing the lack of supervision in terms of nuclear proliferation.” The statement also disclosed that Israel’s top military officer “explained the threat created by returning to the original nuclear agreement and emphasized that all measures should be taken to prevent Iran from achieving military nuclear capabilities.”

The strikes targeted sites that had been used to launch drone attacks on U.S. personnel and facilities in Iraq, Pentagon press secretary John Kirby said in a statement. “Specifically, the U.S. strikes targeted operational and weapons storage facilities at two locations in Syria and one location in Iraq, both of which lie close to the border between those countries,” Kirby said. “Several Iran-backed militia groups, including Kata’ib Hezbollah and Kata’ib Sayyid al-Shuhada, used these facilities.”

Because of the timing of the strike, the official does not expect “a lot of deaths”. The person stated that all US jets returned to base without incident. Following President Biden’s first acknowledged military action in February, when an aircraft struck a complex managed by Kait’ib Hezbollah and Kait’ib Sayyid al Shuhada in Syria, Sunday’s airstrikes are the latest against Iranian-backed armed forces.

It seems that a good nudge from the allies has finally forced a reluctant Biden to give a go ahead to bomb Iranian facilities on the Syria border and as the news show the US Airforce did the rest.