Japan may be all set to recognise Taiwan, deputy Defence Minister drops a major hint 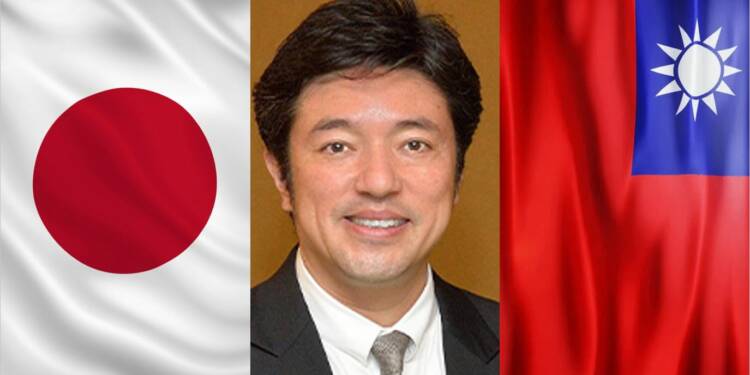 Since last year East Asia in particular and the Indo-Pacific, in general, have seen an increased threat perception. And as the security situation in the region is changing, Japan has made certain realisations and one of them being, the importance of an independent Taiwan for the maintenance of the status quo in the region. On Monday, Japan’s deputy defence minister warned of a growing threat presented by Chinese and Russian cooperation, saying it was critical to “wake up” to Beijing’s pressure on Taiwan and protect it “as a democratic country.”

State Minister of Defense Yasuhide Nakayama, speaking to the Hudson Institute think tank, questioned whether many countries’ decisions, including Japan’s and the United States, to pursue a “one-China” policy that has acknowledged Beijing over Taipei since the 1970s would stand the test of time.

“Was it right?” he asked at the online event, referring to how future generations will judge policymakers on the issue. “I don’t know.” Nakayama said democratic countries had to protect each other and noted that he had in the past referred to Taiwan as a “red line.” “So we have to protect Taiwan as a democratic country.” These statements hint at a subtle shift in Japan’s position and may very well lead to Japan recognising Taiwan as a country.

Japan and Taiwan – two sovereign, independent, democratic, and free countries are coincidentally partners in facing the same enemy – China. So, it would only make sense for both Taiwan and Japan to team up and counter growing Chinese belligerence in the region. That would involve relations between the two countries in the security and military realm – and on that count, ties between Tokyo and Taipei are flourishing. However, much to China’s dismay – Taiwan and Japan are now getting economically married, and the consequences promise to be catastrophic for Beijing.

Read more: Taiwan and Japan have entered in a beautiful symbiotic relationship and China is seething with rage

It is almost like Japan and Taiwan have established a symbiotic relationship among themselves. We are talking about the most recent development between the two countries, which could very well destroy Chinese dreams of monopolising and establishing hegemony over the global semiconductor industry.  Japan has signed off on a US$338 million semiconductor research project to develop cutting-edge chip technology in the country with the market-leading Taiwan Semiconductor Manufacturing Company (TSMC).

According to Nakayama, Japan and Taiwan are physically near, and whatever happens in Taiwan will have an impact on Japan’s Okinawa prefecture, where U.S. forces and their families are stationed. China’s expanding threats in space, missile technology, the cyber domain, and nuclear and conventional weapons, according to Nakayama, is “aggressive, aggressive… thinking and will” under President Xi Jinping’s leadership.

“You can see China and Russia collaborating together, when they are doing some military exercise around our neighbors,” Nakayama said, adding that he wanted to see the United States “stronger, stronger and stronger.” Nakayama was referring to Tokyo’s decision to abandon the 1%-of-GDP defence budget cap. Given that 50 per cent of Japan’s budget is spent on staff, he said the country needed to spend more on weaponry, especially missiles, and decrease expenditures.

All these decisions and the increasing threat of a belligerent China has made Japan realise that there is no other way than to be ready for all eventualities and stand behind Taiwan in all ways, shape and form. And as all these voices are being more and more visible, Japan may be all set to recognise Taiwan.

The death of mainstream media in the United States