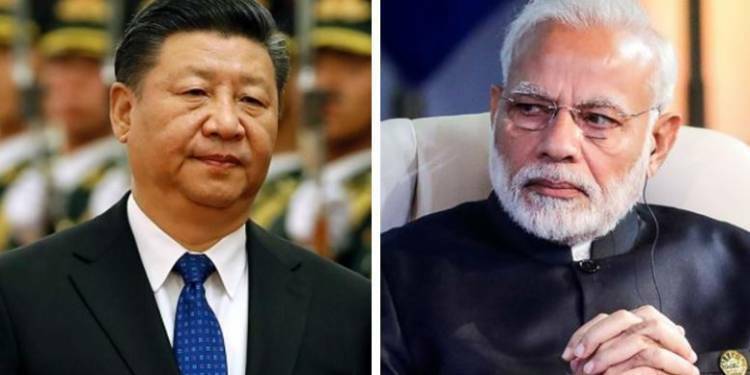 India under Prime Minister Narendra Modi gave Xi Jinping a chance to redeem himself and change his policies for the larger goodwill of humankind, however, the authoritarian leader could not see the larger picture and escalated the situation on the himalayan borders with India. After the Galwan incident things changed drastically and New Delhi decided that Chinese Communist Party is beyond redemption and only knows the language of hard power. In a bid to show its iron fist to the world’s second largest economy, India has redirected at least 50,000 additional troops to its border with China. India currently has around 200,000 troops focused on the border, a rise of more than 40 per cent from 2020.

According to a Bloomberg article, the relocation of the Indian Army is geared at offering additional alternatives to strike and conquer territory in China, if necessary, as opposed to prior military deployments that were aimed at stopping Chinese operations. This will also aid in the acclimatisation of additional troops to battle in the Himalayas. The Indian Navy is also stationing more warships along important sea lanes to investigate energy and economic flows to and from China. Fighter jets, including the recently inducted Rafale, have been shifted to three distinct areas along the India-China border. These latest deployments mean that India is not dependent on a US go ahead or any other foreign power nor it expects their support in worst case scenarios. New Delhi has decided to play its cards considering itself alone in dealing with China. The weather situation and the terrain has already stretched the capacities of Chinese PLA and going ahead these deployments will further deplete the PLA’s morale.

While the actual number of Chinese troops on the border is unknown, India has learned that the Chinese army has shifted more units from Tibet to the Xinjiang Military Command, which is in charge of patrolling contested Himalayan areas. Apart from long-range artillery, tanks, rocket brigades, and twin-engine aircraft, Beijing has been building new runway facilities, bomb-proof bunkers to hold fighter jets, and new airfields near the disputed border in Tibet in recent months, according to the news site.

On the other hand, a year after the Galwan Valley Clash in India’s Eastern Ladakh sector between the brave and fearless Indian Army and the wimp-like People’s Liberation Army of China, the Chinese Communist Party had recently passed a defamation law via the country’s rubber stamp parliament to incarcerate all Chinese citizens who dare to speak regarding the PLA soldiers and their operations in a tone and tenor unacceptable to the CCP regime. It was one year ago that the Indian Army thrashed the living daylights out of the Chinese soldiers in Eastern Ladakh. Despite being attacked in a guerrilla offensive, Indian soldiers were able to inflict disproportionate casualties on Chinese wimps in uniforms.

Read more: After One year of being thrashed by Indian Army in Galwan, China desperately pushes law to prevent questions about inept PLA soldiers

China has a history of incarcerating people who try to speak out even a fraction of their minds regarding the PLA and the Chinese military at large. Such is the CCP’s insecurity, that any negative comment against the PLA is now punishable by law. On May 31, Qiu Ziming, a Chinese celebrity with more than 2.5 million followers, received a jail term of eight months for ‘defaming martyrs’, marking the first such case in China since a new amendment was attached to the Criminal Law in March this year.

“The current situation on the border between China and India is generally stable, and the two sides are negotiating to resolve relevant border issues,” Chinese Foreign Ministry spokesman Wang Wenbin told a regular press briefing in Beijing Monday in response to a question about troop deployment. “In this context, the words, deeds and military deployments of relevant military and political leaders should help ease the situation and increase mutual trust between the two sides, not the other way around.”

The fiercely contested Line of Actual Control stretches from Ladakh in the west to India’s eastern state of Arunachal Pradesh, which China claims in its entirety. It is broken in parts where the Himalayan nations of Nepal and Bhutan sit between India and China. The latest developments and deployments mean that India has shifted from a defensive to an offensive defense strategy and going ahead it will be willing to inflict as much harm as possible so that China’s PLA would think twice before making a move.

The crisis over the last year has brought home the reality to India’s decision makers that China presents the biggest strategic challenge in the future, and it has led to shifting the attention away from Pakistan,” Sushant Singh, a senior fellow at the Centre for Policy Research and visiting lecturer at Yale University said. “As this plays out fully, it will alter the geopolitics of the region significantly.”