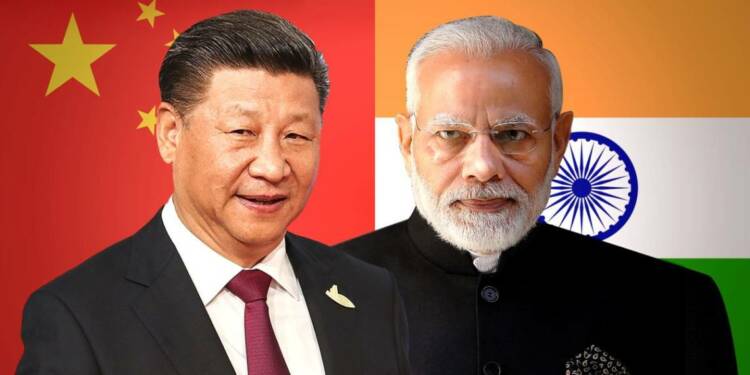 A year after the Galwan Valley Clash in India’s Eastern Ladakh sector between the brave and fearless Indian Army and the wimp-like People’s Liberation Army of China, the Chinese Communist Party has passed a defamation law via the country’s rubberstamp parliament to incarcerate all Chinese citizens who dare to speak regarding the PLA soldiers and their operations in a tone and tenor unacceptable to the CCP regime. It was one year ago that the Indian Army thrashed the living daylights out of the Chinese soldiers in Eastern Ladakh. Despite being attacked in a guerrilla offensive, Indian soldiers were able to inflict disproportionate casualties on Chinese wimps in uniforms.

The Indian Army came under an assault at patrolling point 14 in the Galwan Valley by hordes of Chinese soldiers armed with midlevel weaponry – looking to shed as much Indian blood as possible. However, the sheer courage of their Indian rivals made Chinese minions fall into gorges and run with their tails between their legs. All in all, while India lost 20 of her bravehearts who protected their motherland with their lives, the damages inflicted on the Chinese side were simply immeasurable.

Such was the embarrassment and devastation caused to the People’s Liberation Army of China that the CCP did not even confirm casualties until many months after the clash. The number of casualties officially claimed by China was four – which is an outright lie. Russian news agency TASS had reported that the Chinese side suffered no less than 45 fatalities in the Galwan valley clash. Our point, essentially, is this: China is an opaque country, which does not recognise the ‘sacrifices’ of its own soldiers. The Chinese people are particularly disgusted by this mentality of the CCP.

No matter how tyrannical a country is, its soldiers are always honoured transparently. However, China is no ordinary country. It is ruled by a demented regime that fears the masses. Revealing the actual number of Chinese soldiers who were killed by the Indian Army for trying to intrude into India and ambushing the country’s army would be an open invitation to the Chinese people to come out on the streets in a popular uprising against the CCP. So, China continues to hide the actual number of Chinese soldiers killed to this very day.

Just prior to the one-year anniversary of the Galwan Valley clash, where Chinese soldiers got their bottoms kicked by Indian heroes, the CCP rubberstamp parliament decided to put yet another curb on the free speech of Chinese citizens – this time, in the name of protecting PLA soldiers, their operations and missions. The new legislation states, “No organisation or individual may in any way slander or derogate the honour of servicemen, nor may they insult or slander the reputation of members of military forces.”

What this effectively means is that China has banned even slightly negative commentaries against the PLA’s rather miserable operations – whose success rate seems almost always non-existent. According to the law, prosecutors can bring public interest litigation in cases of defamation of military personnel and infringements on their legitimate rights and interests that have substantially harmed their ability to perform their responsibilities and missions while also harming society’s public interests.

China has a history of incarcerating people who try to speak out even a fraction of their minds regarding the PLA and the Chinese military at large. Such is the CCP’s insecurity, that any negative comment against the PLA is now punishable by law. On May 31, Qiu Ziming, a Chinese celebrity with more than 2.5 million followers, received a jail term of eight months for ‘defaming martyrs’, marking the first such case in China since a new amendment was attached to the Criminal Law in March this year.

The amendment passed by China in March stated that those who infringe on the reputation and honour of martyrs, severely damage the dignity of martyrs, and damage the image of soldiers on the national border, should be prosecuted according to law.

In 2016, a Chinese blogger was asked to issue a public apology after he challenged the story of Qiu Shaoyun – a Chinese soldier who is said to have accepted being burnt alive rather than revealing his fellow soldiers’ positions during the Korean War.

The CCP is very well aware of the capabilities, or lack thereof, which Chinese soldiers harbour. They know that PLA’s “little emperors” are not fighters. They are known to sob at the drop of a hat, which is why China had been forced to send MMA fighters to the borders of India after the Galwan valley clash last year. Such secrets of Chinese soldiers’ incompetence, however, must not spill into the mainland for citizens to learn. Therefore, right before the Chinese social media was expected to explode on the first anniversary of the Galwan clash, with people questioning the CCP and PLA for failing to defend the country properly, China’s rubberstamp parliament passed a law criminalising negative commentary against the military. How very convenient!

After G7, NATO brands China as an immediate threat