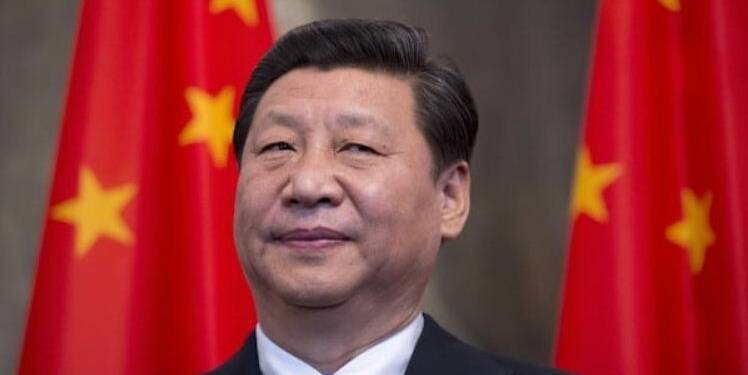 The People’s Republic of China, according to the U.S.’ Director of National Intelligence poses the greatest national security threat to the US and the democratic world at large. John Ratcliffe, in a long op-ed for the Wall Street Journal, has shed light on why China is fast emerging as a threat the US might want to deal with immediately, to render it incapacitated from leveraging its inhuman and unnatural power asymmetry against the free world order few years down the line. The Chinese Communist Party’s expansionist ambitions require no introduction. Working towards world domination, the CCP is now looking to produce biologically advanced ‘super-soldiers’ for the People’s Liberation Army.

While this may seem like a joke, it is not. The Chinese state is power-hungry to an extent which many powers around the world have not been able to comprehend yet. To achieve its demented goals, the CCP will go to any extent. Now, to gain an unfair advantage over its adversaries, the paper dragon is contemplating the deployment of biotechnologically-tinkered ‘little emperors’ against its primary foes. “There are no ethical boundaries to Beijing’s pursuit of power,” Ratcliffe wrote, while suggesting that China was genetically-modifying its soldiers to make them near-superhumans, of the kind seen in films like”Captain America,” “Bloodshot” and “Universal Soldier.”

The U.S.’ Director of National Intelligence is not the first to warn against China genetically modifying its soldiers to compensate for a general lack of combative courage and skill on their part. Last year, two American scholars wrote a paper examining China’s ambitions to apply biotechnology to the battlefield, including what they said were signs that China was interested in using gene-editing technology to enhance human, and specifically soldier performance.

The scholars explored Chinese research using the gene-editing tool CRISPR – clusters of regularly interspaced short palindromic repeats. CRISPR has been used to treat genetic diseases and modify plants, but Western scientists consider it unethical to seek to manipulate genes to boost the performance of healthy people. Again, these are western, and not Chinese scientists drawing the ethical line. With Beijing’s blessings, such lines can be made to vanish in China. Effectively, China using the same technology to genetically modify its PLA soldiers is a real-time possibility.

Chinese military scientists have, in the recent past, been growing increasingly vocal about the use of biotechnological processes to genetically modify PLA soldiers. Of course, they do not publicly state the same as directly, but often lace their intentions with explanations on how it is an absolute need of the hour to integrate modern biotechnology with ‘information, nano(technology), and the cognitive domains – which will have revolutionary influences upon weapons and equipment, the combat spaces, the forms of warfare, and military theories.’

John Ratcliffe made no secret of the fact that China is eyeing immediate world domination economically, militarily and technologically. It must also be mentioned here that the Chinese shamelessness in genetically modifying PLA soldiers is necessitated due to the fact that the middle kingdom has a sham of a military, which gets itself thrashed wherever it attempts a misadventure. This, due to the simple fact that China has ‘little emperors’ masquerading as soldiers.

Chinese soldiers have grown up being pampered by their families under a one-child regime. They do not have the slightest iota of combativeness in them, and the PLA as an armed force has the illustrious history of losing to Vietnam in 1979, which is the latest combat the force took part in. India has already blown the living daylights out of the paper dragon in the Himalayas. The US is, in any case, is cornering China in the Indo-Pacific, along with countries like Japan, Australia and India. Now, more than ever, China is in desperate need of ‘super-soldiers’.

Amid economic slowdown, China’s Central bank tells Chinese institutions that it doesn’t have the strength to bail them out