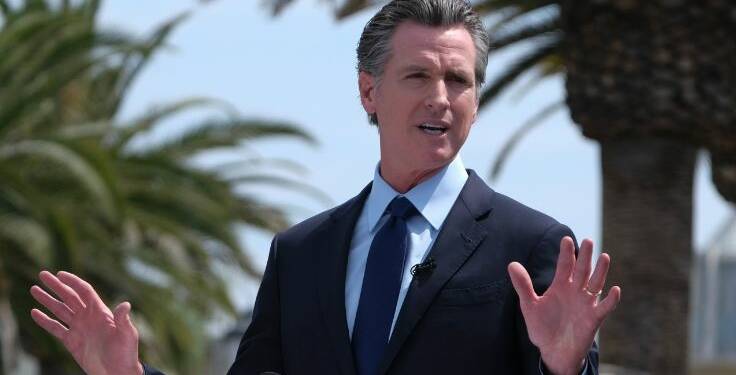 California Governor Gavin Newsom is working on a new agenda – divide the United States of America in the garb of protecting LBGTQ rights. The US state of California has banned state-sponsored travel to 17 US states, in consequence of the recently enacted LGBTQ legislation. The ban on state-sponsored travel is highly divisive, and in the garb of protesting against “discriminatory LBGTQ laws,” it seeks to drive a deep wedge between Red states and Blue states.

California state’s Attorney General Rob Bonta said that state-funded travel to Arkansas, Florida, Montana, North Dakota and West Virginia will stand prohibited from July 1. Bonta’s office stated, “The states are a part of a recent, dangerous wave of discriminatory new bills signed into law in states across the country that directly work to ban transgender youth from playing sports, block access to life-saving care, or otherwise limit the rights of members of the LGBTQ community.”

Bonta also said, “Make no mistake: We’re in the midst of an unprecedented wave of bigotry and discrimination in this country — and the State of California is not going to support it.”

The travel restrictions have been implemented by California pursuant to the Assembly Bill 1887, which requires the state to avoid supporting or financing discriminatory laws against the LBGTQ community.

But to impose a ban on state-sponsored travel, in order to avoid travel by state officials, sets a very bad precedent. Let’s face it- California is not dealing with separate countries here. It is dealing with fellow American states, and it is rather egregious to take measures that can potentially snap official links between American states over ideological issues.

Ultimately, California’s ban on state-sponsored travel is going to pave way for more such bans on a variety of ideological differences.

What California has done is only going to weaken American federalism, which is not in a good shape anyway. Almost everything in the US has been getting polarised with Trump’s Republicans on one side of the spectrum and the Democrats on the other. At a time, when different ideologies should learn to co-exist in the US, the Newsom administration in California is preaching sheer intolerance.

And after all, who is Newsom to impose his ideology anyway. The California model isn’t working out anyway. Newsom is himself facing a recall election. The people of California are not happy with him, because of the power outages that have been haunting Californians during the peak summer season.

Also, big American corporates and middle-class workers have been migrating to Republican-led states like Florida and Texas, because of the high cost of living and steep taxes in California. Newsom hasn’t been able to stop the flight of Silicon Valley companies out of California. So, there is no reason why Newsom should have assumed that he has the moral superiority to dictate how other American states should behave or what kind of laws they should enact.

There are a number of things California Governor Gavin Newsom could have done – from holding deliberations with the governments of fellow states to encouraging lobbying for LGBTQ rights. However, what the state of California has done isn’t about LGBTQ rights anyway. The ban on state-sponsored travel to 17 states imposed by the Newsom administration is a means of furthering the larger divisive agenda to separate Blue states and Red states.