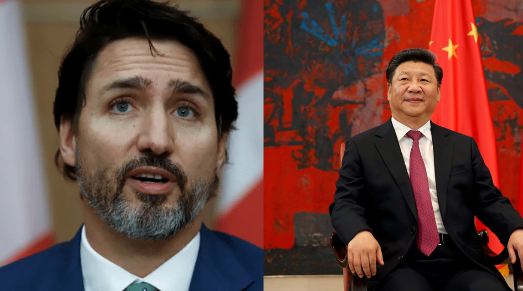 There are certain positions where it becomes important to have a highly effective leader or else the whole country or organization would collapse. And if anything, being the Prime Minister of Canada is surely one of them. A blot in Canada’s history is being used by the Chinese Communist Party to undermine a Canadian-led effort by 44 countries to hold Beijing accountable for alleged human rights abuses in Xinjiang, Hong Kong and Tibet. In a pre-emptive statement to the United Nations Human Rights Council, China cited the children’s graves in accusing Canada of “crimes” against its Indigenous people.

The revelation of hundreds of unmarked graves of Indigenous children in defunct “residential schools” in Canada has sparked widespread grief and hampered the country’s already strained ties with China. More than a dozen indignant and bereaved communities in Canada have cancelled celebrations of Canada Day, the country’s national day, on Thursday. Experts warn, however, that Beijing is likely to continue to use Canada’s history of mistreatment and neglect of First Nations peoples for its own utility. And it does not help to have a weak Prime Minister who goes on the defensive even when the criticism has a weak foundation.

It is obvious that the Canadian people and government are not justifying the historical actions and crimes. In the contemporary world, it is one of the most accepting and liberal countries with high standards of human rights. However, it is the weak leadership of Justin Trudeau who is letting China to utilize a one-off incident to weaken the efforts of the free world to criticise the CCP’s human rights abuses in Xinjiang and Hong Kong. “They’ll be throwing that in our face now for years,” Canadian China expert Margaret McCuaig-Johnston of the University of Ottawa said in an interview.

Recently, the Trudeau government has been quietly strengthening commercial and military relations with the Indo-Pacific allies, but foreign policy experts believe Ottawa’s reluctance to give a more comprehensive strategy in the region stems from concerns about upsetting China. According to persons familiar with the matter, officials at Global Affairs Canada have been working on an Indo-Pacific strategy since about April 2019, but despite growing relationships in the region, Ottawa has been quiet in public pronouncements about the region.

Read more: ‘We don’t want to poke the dragon,’ Trudeau is so afraid of Jinping that he is not releasing Canada’s Indo-Pacific policy

Ottawa began formal free trade talks with Indonesia earlier this year and has been in separate multilateral talks with the Association of Southeast Asian Nations (ASEAN), a ten-country grouping, since 2017. Canada has also boosted its involvement in regional joint military exercises, including two anti-submarine warfare drills, and has sailed naval ships through the Taiwan Strait on occasion, in what some see as a threat to China’s claims to sovereignty over the self-governed territory.

The only thing these actions and these concerns lead to is the fact that Justin Trudeau has less faith in the capacity and capability of his own country than the amount of faith he has in China. Until recently, the Canadian government, according to McCuaig-Johnston, had been generally cautious about China, “trying to avoid making matters worse for the two Michaels.”

However, public opinion in Canada has shifted dramatically against China. And, as McCuaig-Johnston noted, Prime Minister Justin Trudeau, emboldened by US President Joe Biden’s hard attitude to Beijing, may be positioning himself with harsher rhetoric for a hypothetical Canadian electoral campaign. In its statement to the United Nations Security Council, Canada urged for prompt, meaningful, and unrestricted access to Xinjiang for impartial observers, including the United Nations High Commissioner for Human Rights.

Approximately 150,000 Indigenous children were forcibly removed from their families and placed in residential schools. The schools, which were established by the government in the late 1800s but were largely managed by Catholic Church religious orders, were expressly designed to eliminate native customs and integrate the populace. The final school of its kind closed in the late 1990s.

Investigators now investigate the yards of the closed schools with powerful ground-penetrating radar. According to Murray Sinclair, former head of the Truth and Reconciliation Commission, which was formed to shed light on the terrible history of schools, there could be up to 10,000 burials.

China specialist Charles Burton of the Canadian think tank Macdonald-Laurier Institute remarked that the Trudeau government abstained from a parliament vote on an opposition motion calling China’s treatment of its minority Muslim Uyghur population to constitute genocide. Burton said Trudeau’s statements on China have been attached to multilateral activities. “He’s not actually prepared to take any unilateral meaningful action,” he said. In a way he made the exact observation that we at TFI are making regularly, that is Trudeau is not adept enough to take on the Chinese Communist Party and it has become clearer as Trudeau has become Jinping’s favorite plaything as he uses Canada’s dark past to get his way around