“Ukrainians and Russians are generally one people” 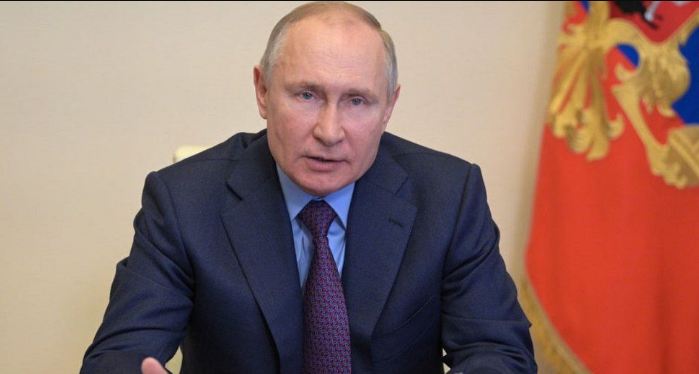 Russian President Vladimir Putin is a fan of Israel and the Jews. If the former KGB agent turned President’s remarks are anything to go by, he seems intent to imbibe a lot from Israel in order to achieve his goal of reviving the Soviet Union, by unifying former Soviet states into one federation. For fulfilling his reunification goals, particularly in the context of Ukraine, Putin suggested that Israel offered a good model which has a lot to offer. The Russian president suggested that Slavic people should take a cue from Israelis and unite as one people despite different ethnicities, origins, and maternal languages.

Slavs are the largest ethnolinguistic group in Europe. They are generally divided along geographical lines into three major subgroups: West Slavs, East Slavs, and South Slavs, each with a different and diverse background based on their unique history, religion, and culture of particular Slavic groups within them. Therefore, by suggesting that Slavic people take a cue and learn from Israel, Putin made it known that he looks at Russians and Europeans as one people, particularly those who divided themselves after the collapse of the Soviet Union.

The Russian president went on to say, “Look, Jews come to Israel from Africa, from Europe, from other countries of the world. Africans are Black, yeah? People come from Europe — they speak Yiddish, not Hebrew. They seem to be unlike each other, but all the same, the Jewish people value their unity.” Vladimir Putin has been greatly influenced by the many Jews he has crossed paths with since childhood. As a child, a Jewish family looked after Putin while his parents were at work.

Another influential Jewish figure for Putin was his wrestling coach, who sparked the young Putin’s interest in sports and helped him direct his energies towards wrestling, instead of rowdy street fights. Putin was able to swiftly climb the ladder within the KGB due to the language skills imparted to him by his German teacher – who was also a Jew.

According to the Times of Israel, Putin has had strong emotional ties with Russian Jews that have been reflected in a series of favorable policies. Under Putin, authorities have cracked down on antisemitic hate crimes and Jewish communities have received the equivalent of millions of dollars in restitution for properties confiscated by the Communists, helping to fuel a cultural and religious revival.

Putin is fascinated by Israel. How Jews from across the world have a deep sense of patriotism and commitment to Israel, despite their varying nationalities and ethnicities amazes the Russian president. Just like Jews are committed to Israel and are in a sense, united by it, Putin wants to do bring about the same unification among the Slavic people. His annexation of Crimea in 2014 was largely bloodless due to the fact that Crimeans wanted to become a part of Russia themselves.

The divide among the Slavs is not ethnic or cultural; rather, it is political in nature. Ukraine and all other former Soviet states have a common thread linking them to the Russian federation. However, many such states identify themselves and look up to Europe and the United States. By giving the example of Israel rather publicly, Vladimir Putin might have just hinted that he is about to change that attitude of former Soviet states pretty soon.

Vladimir Putin lived through the glory of the Soviet Union, and as such, realises what Russia is missing out on presently. The USSR was glorious while it existed. The Russia of today cannot be compared to the Soviet Union, and Putin knows it. He even called the fall of the Soviet Union “a major geopolitical disaster of the century”, adding, “As for the Russian nation, it became a genuine drama. Tens of millions of our co-citizens and co-patriots found themselves outside Russian territory. Moreover, the epidemic of disintegration infected Russia itself.”

Vladimir Putin wants to reunify the Soviet Union. He is unapologetic, badass, and determined. All of these characteristics, complemented with Putin’s ability to swiftly authorise large-scale military operations are proof enough of how the man could work to bring the former Soviet states under the Russian federation once again.