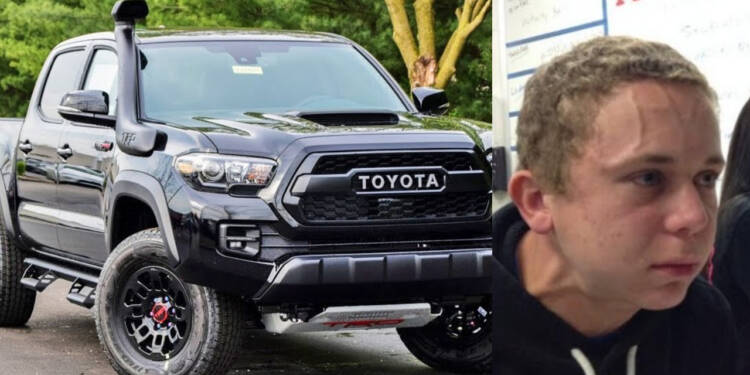 Toyota Motor Corp. is the biggest automobile maker in the world. In the mass market, Toyota is undoubtedly the most popular car brand in the United States. However, Toyota is being cancelled by wokes. Leftists are up in arms against the car company – despite the fact that most of them drive Toyota cars. To compensate for their embarrassment, liberals are now promising to never buy another Toyota car. All this outrage erupted when a far-left watchdog group called Citizens for Responsibility and Ethics in Washington revealed that Toyota gave $55,000 to 37 Republicans this year.

Just to give you a sense of what $55,000 means to Toyota Motor Corp., the automobile maker’s entire estimated net worth is $236 billion, meaning Toyota’s political donations to “Biden objectors” only accounts for a measly 0.00002 per cent of its net worth. Corporate houses donating to politicians is not new. Even Democrats accept millions in donations from their corporate friends. Under Joe Biden’s left-leaning presidency, however, corporate houses are being hounded for donating to the GOP.

What adds to the liberal outrage circus is the fact that the $55,000 was given to 37 Republicans who objected to certifying the 2020 election in favour of Joe Biden. The donations have convinced liberals and Democrats that Toyota is anti-democracy and an “insurrection” enabler. The automobile company, on the other hand, is unmoved by attempts to cancel it by insane individuals on social media. In a statement, Toyota unapologetically stood by its decision to donate to such GOP leaders.

Toyota on the donation numbers: "We do not believe it is appropriate to judge members of Congress solely based on their votes on the electoral certification." https://t.co/6zPD5LNpnR

A spokesperson for the company told Axios, “Toyota supports candidates based on their position on issues that are important to the auto industry and the company. We do not believe it is appropriate to judge members of Congress solely based on their votes on the electoral certification.” The company added, “Based on our thorough review, we decided against giving to some members who, through their statements and actions, undermine the legitimacy of our elections and institutions.”

By saying it out openly that the GOP leaders must not be judged for the manner in which they voted to certify one election result in January, Toyota has taken the woke pandemic by its horns, and is ready to run over all those who are out with frothing mouths to cancel the car manufacturer. Toyota has contributed so much more to the United States than liberals would like to believe, and as such, it is not looking for validation from the wokes.

Toyota is among the best places to work. Employees of the automobile company consider themselves fortunate to have landed a job at Toyota. The work culture and environment at Toyota is tremendously uplifting, and driven by a concept called kaizen — a Japanese word that means continuous improvement.

This essentially means that everybody at Toyota always strives for better, and the company is anything but stagnant and sedentary. Toyota provides jobs to thousands, while all that woke liberals provide is empty, hollow and uncalled for rhetoric on social media. Toyota has taken a conscious decision of not falling prey to the cancel culture of such inconsequential beings.

Toyota despises anti-industry and anti-development socialism. It is for this very reason that the company in April this year nudged Japanese Prime Minister Yoshihide Suga to be pragmatic and follow a path independent of Joe Biden’s radical climate policy. Toyota was in the spotlight for questioning Yoshihide Suga’s climate policy, and its President even said, “If things continue as they are now, we won’t be able to produce cars in Japan anymore. We need green energy first and foremost.”

Therefore, Toyota is definitely not in a mood to be bogged down by American cancel-culturalists. It is firmly standing its ground, and will in all likelihood continue donating to political leaders who it considers worthy of being funded.