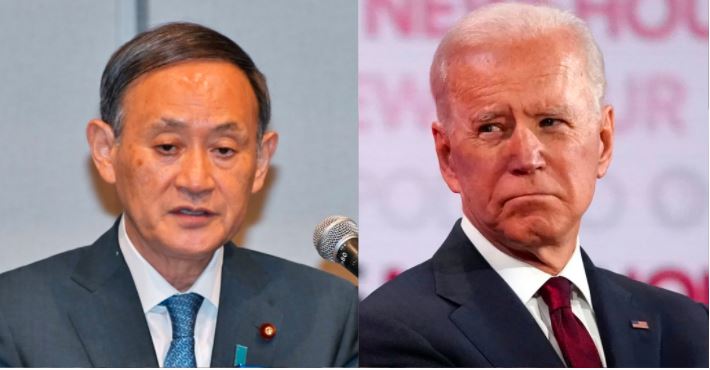 US President Joe Biden’s climate agenda is facing a serious setback in Japan. Japanese Prime Minister Yoshihide Suga was working under the pressure of Biden’s propaganda about saving the planet. So, Suga promised to cut emissions by a drastic 46%  by 2030 from 2013 levels, which was seen as a major win for Biden’s overhyped Earth Day summit. However, the “Green Growth Strategy” in Japan is now facing pushback from Japanese automakers and heavy industries who have powered the world’s third-largest economy.

Japanese industries and businesses want their Prime Minister to be pragmatic and follow a path independent of Biden. To be blunt, Japan’s business leaders understand that Joe Biden has a political ‘green’ agenda. Therefore, he has been doing some crazy things- including Climate change provisions in the Infrastructure Plan, cancellation of the  Keystone XL oil pipeline project and fracking restrictions. But Japanese business leaders see no reason as to why Tokyo should also act crazy.

Japan’s key industries and businesses do not want to go green without any preparation, unlike Biden. They want to research and invest in green energy, before making a radical push towards cutting greenhouse emissions.

The President of Toyota Motor and the Japan Automobile Manufacturers Association made an honest assessment. He said, “If things continue as they are now, we won’t be able to produce cars in Japan anymore. We need green energy first and foremost.”

Toyota is in the spotlight for questioning Suga’s climate policy. The Japanese Prime Minister presently wants to reduce net carbon emissions to zero by 2050. For achieving this ambitious goal, Japan will have to make a rapid shift to electric and other electrified vehicles. There is a plan to end the sale of new gasoline-only vehicles by 2035. But the Japanese automobile industry clearly feels that the target is unsustainable.

Iron and steel industries face similar technological hurdles. For example, Nippon Steel- the largest steelmaker in Japan, will have to use hydrogen instead of coal in blast furnaces in order to reduce emissions. But this creates new issues like the extremely high temperature at which Hydrogen combusts creating explosion risks.

More importantly, the gas is presently four times more expensive than coking coal, which means that the new system could be practically unsustainable. Again, steel industries look for governmental aid in order to offset the rising costs.

Within Japan, the Suga administration is being made to rethink. The key industries are making it clear that the speed of energy transition does not meet its radical decarbonisation goals. Biden may be pressurising Japan to radicalise its emission reduction plans, but it is time for Tokyo to walk a tightrope between saving the planet and choking key industries.

Japan’s Ministry of Economy, Trade and Industry (METI) is expected to update the national energy strategy, which will analyse if Japan can achieve net carbon zero emissions by 2050. If METI does not decide in the affirmative, then Suga might have to defy Biden and settle on more practical climate goals.

Japan’s business leaders are thus sending across a very important message- Biden might not care about American industries and he might sacrifice them for his political ‘green’ agenda, but the same model cannot be replicated everywhere.

Biden is desperate to go ahead with Iranian nuclear deal, but Putin could derail it

Despite a China-loving President in the White House, Scott Morrison continues with his anti-China crusade