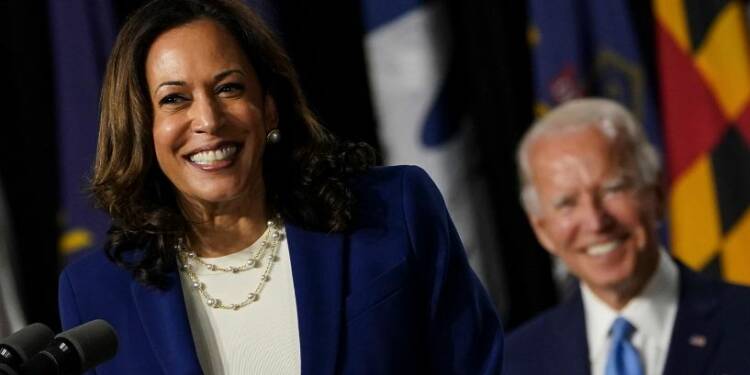 A senior adviser to President Joe Biden recently said that reports and accusations exposing Vice President Kamala Harris for who she is, are a part of “a whisper campaign designed to sabotage her.” The choice of words is intriguing. By 2024, Joe Biden will be 81 years old. That’s too old an age to become President of a country that is young and bustling with life. So, Kamala Harris is viewed as the heir apparent by media and liberals. She is the one who is expected to take the mantle of “democracy preservation” from Joe Biden, and carry on with a left-leaning domestic agenda.

But as we all know; Joe Biden is in no mood for a retirement. He has made it clear that he intends to run for the White House in 2024 as well. The biggest roadblock for Biden is not the Republican party and their prospective presidential candidate right now. For him, the biggest impediment is Kamala Harris – who wants to become President soon. So, a sabotage campaign indeed seems to be underway to cut Kamala Harris to size. Only that such a campaign seems to be rolling at the behest of Joe Biden and his team!

The most recent setback to Kamala Harris came in the form of a Politico report which quoted at least 22 current and former VP staffers as saying that they work in a toxic and abusive environment and that they are thrown under the bus at the drop of a hat for no fault of theirs. One official even said, “It’s not a place where people feel supported but a place where people feel treated like s*it.”

President Joe Biden and his office have taken note of the reports. In the context that Biden had, on his very first day in office, said that he would fire all misbehavers who harassed co-workers – Kamala Harris should have been out of the White House by now. But firing a Vice President is not an easy task. One must discredit Harris first. Make her unfeasible not just for the office, but also for the Democratic party. And the Biden team seems to be following that agenda – and the process of making her look like a liability for Democrats is well underway.

Politico is known for its ‘insider’ and ‘exclusive’ reports. This means that it has important friends and sources in high and mighty positions – most of whom are Democrats. To keep running its shop, Politico cannot afford to antagonise the Democrats and the Biden administration. Yet, it ran an explosive story, by interviewing a gigantic number of Harris employees, without raising any red flags in the blue party or in the White House. Joe Biden’s team would have definitely been in the know of the report which was about to be published. Hell, they might have even been the ones who gave the story to Politico in the first place. This tells us a lot about how Kamala Harris is being discredited by her own people.

This is not just a hunch. An Axios report quotes many Biden officials and members of the Democratic party as being unsure of Harris’ capabilities and her attitude. According to one of its reports, White House officials have been frustrated by a series of missteps from Harris and increasing public bickering in her orbit. While many Democrats believe it would be nearly impossible to unseat the first Black woman Vice President and replace her with another candidate for the Oval Office in 2024, vast numbers of Democrats also believe she does not have the capability to defeat whomever the Republican Party puts up, much less Donald Trump.

Read more: ‘It’s an abusive environment,’ Kamala Harris’ disgruntled staffers reveal how it’s like to work under the VP

One Democratic operative told Axios that most Democrats aren’t saying, “‘Oh, no, our heir apparent is f***ing up, what are we gonna do?’ It’s more that people think, ‘Oh, she’s f***ing up, maybe she shouldn’t be the heir apparent.'” Relations between the West Wing and the Vice President’s office are tense. Several administration officials used “shitshow” when describing Harris’ office, and contrast her operation with that of disciplined, virtually leakproof Biden’s aides.

Kamala Harris is evidently being attacked by her own people. The animosity between Biden and Harris camps is hardly new. From Joe’s wife telling Harris to “go f*ck yourself” to Kamala suggesting during a presidential debate that Biden was a racist, the two sides share a bitter past, compensated for by the fake optics put on by both Joe and Kamala to make people believe that all is well between them.

All hell has broken loose. Kamala Harris is being tasked with impossible duties so that her portfolio suffers tremendously and she is proven to be a failure prior to the 2024 elections. From the voting rights reforms to the southern border crisis to ensuring small-business assistance and women in the workforce reforms – Kamala Harris is being tasked with extremely difficult jobs, and she is expectedly failing to fulfill what is required of her.

And all of this is happening within the first six months of Biden’s presidency. With three more solid years to go, it would be interesting to see what remains of Kamala Harris as Vice President at the end of it – if she does make it through, that is.