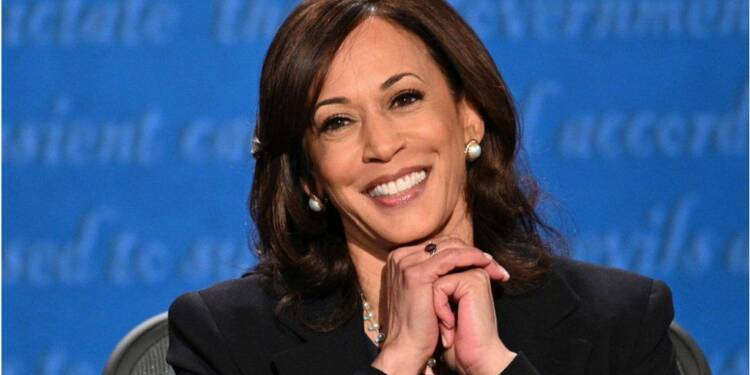 The first woman Vice President of the United States of America – Kamala Harris is now taking crash courses in international relations and diplomacy, because a foreign policy resume of Harris’ simply does not exist. Consider this – the second most powerful individual in the U.S., who is visibly running the American government while Joe Biden pulls long hours of sleep as President, knows nothing about how to go about handling foreign policy on behalf of the new administration! According to at least two separate media reports, Kamala Harris is now being dragged around the White House by President Biden for her to learn the basics of international affairs and diplomacy.

Nikkei Asia has reported that Kamala Harris has a ‘thin resume in international relations’ compared to Biden who, given his decades of experience as a senator and later Vice President, does know a thing or two about foreign policy even though he may not put it to good use. A report by Politico states that no less than President Biden has asked Harris to catch up and has urged her to engage with foreign leaders directly and develop her own rapport with key U.S. partners.

Lara Brown, associate professor at George Washington University said, “I do think that President Biden sees her as a partner… I think he also sees her as a mentee.” She went on, “Harris really does need to have an introduction to the world stage so she can be kind of [Biden’s] eyes and ears in the world, while he is focused on the United States.

Colin Dueck, a professor at George Mason University said, “Biden, you know, is not a young man, and so there are good reasons why somebody younger and maybe a little more energetic is able to travel and represent him to a variety of foreign partners.” He went on, “She is youthful, she’s sort of the face of the future of the Democratic Party right now. She’s good at this sort of thing, so she can be a spokesperson on foreign policy for the Biden administration.”

Well, we do not know if she can become a foreign policy spokesperson starting from scratch but it is certainly a horrific prospect for Americans if she doesn’t catch up with the basics soon. It is like jumping into the driver’s seat without knowing how to drive, except the vehicle to be driven is the world’s most powerful nation. This deficit of knowledge and experience demonstrated by the Vice President is alarming to say the least, but for voters, it is too late.

Harris was serving her first term as senator when she joined Biden’s presidential ticket, prior to which she served as California’s attorney general. Evidently, law enforcement is Kamala’s thing, and diplomacy is not, even though as a presidential candidate, she should have focused on being well-versed in international affairs. Now, it is too late, and as if it’s some school test that can be taken in a few weeks, Kamala Harris is being forced to educate herself about international relations, and build personal workable relationships with various heads of state.

To build Harris’ foundations of diplomatic skills, the Vice President is in attendance when Biden receives daily intelligence briefings, and she holds regular lunches with Secretary of State Antony Blinken. Diplomatic veterans like Nancy McEldowney and Philip Gordon serve as her closest advisers. Already, TFI has reported how Kamala Harris, on behalf of Joe Biden, phoned French President Emmanuel Macron to address bilateral relations. Although it is very common for vice-presidents to engage in calls made by US presidents to other world leaders, it is rare for them to make calls on their own accord.

Remember, the United States of America is supposed to be the most powerful nation in the world having global interests, and a country which influences geopolitical narratives across the world, thus claiming global leadership. However, the Vice President of this nation has no clue about diplomacy and foreign affairs.

This, while Kamala Harris is widely known to have Presidential ambitions, and who under the Biden administration itself, is exercising far more powers and autonomy than a normal Vice President usually does. Due to her presidential ambitions which she hopes will achieve fruition as soon as 2024, Kamala Harris must immediately address her diplomatic deficiencies, which is why she has been forced to take crash courses in foreign affairs.

But Kamala Harris is even more desperate than one would have initially thought. The ill-health of Joe Biden, both in mental and physical terms, seems to have given the Vice President ideas, which is why she is going out of her way to catch up on the various lessons she needs in global diplomacy. For what if the Presidency gets served to her even before 2024 on a silver platter? She can most definitely not afford to make a fool out of herself after occupying the Oval Office – as that would lead to a disaster the United States has perhaps never been faced with before. So, crash courses in international relations are the way to go for the Vice President – who was roped in by Joe Biden only for identity politics around her being a ‘woman’ of ‘Black American’ and ‘Indian’ descent.

Failing to learn its lesson from Minneapolis, the Biden administration moves to cripple the police in the name of George Floyd