Dr. Tedros of WHO has not just caused a pandemic but is also breaking up his own nation Ethiopia 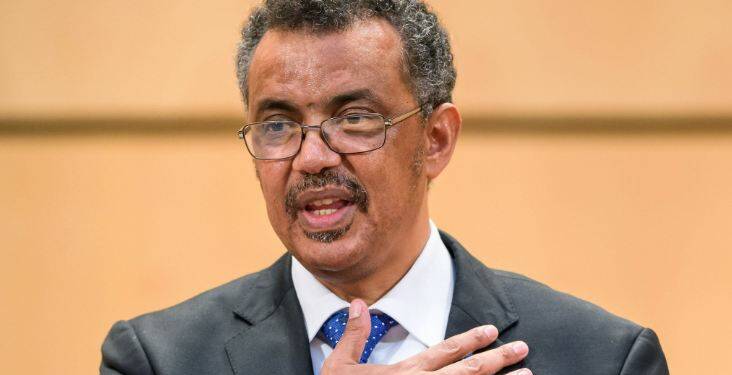 Dr. Tedros Adhanom Ghebreyesus has in many aspects become synonymous with the harbinger of calamity. It is under his compromised leadership that the spread of coronavirus transitioned into a global disaster and a pandemic. And after supporting the anti-government factions in Ethiopia for a very long time, he is now breaking up his own nation. After nearly eight months of violence in the province, the Ethiopian government proclaimed a cease-fire on state TV last week, claiming it would take effect immediately, as forces from Tigray’s former ruling party entered Mekelle, prompting celebrations from people. However, Tigray forces spokesman Getachew Reda told The Associated Press on Wednesday that the cease-fire was a “sick joke” and that Tigray troops will push Ethiopian and Eritrean forces out.

Ethiopia’s Tigray region fell into a big crisis after Ethiopia’s Prime Minister Abiy Ahmed accused the Tigray People’s Liberation Front (TPLF) of organising an attack on a federal military base. The Ethiopian government then sent the Army to Tigray, apart from declaring a six-month state of emergency. And as the situation keeps worsening, Dr. Tedros is providing support to the insurgent group and trying to build a narrative in their favour, thereby blocking the efforts of the Ethiopian government to unite the nation.

The Ethiopian Army earlier accused him of supporting dissidents in the Tigray region in their separatist efforts. The army is currently engaged in an armed conflict with the country’s Tigray region and the Army Chief also called Dr. Tedros a criminal and asked him to step down from his position in the WHO. In a televised interview late last year, the Army Chief said, “He has worked in neighboring countries to condemn the war. He has worked for them to get weapons.”

Tedros was the Health Minister and Foreign Minister from 2005 to 2016, when the TPLF was the major political player in Ethiopia. And now he is being accused of betraying the same country which he once served as his party, now turned insurgent, has been fighting the Ethiopian army in the Tigray region. It perfectly captures his personality as a person focused on personal gains even if it costs the world dearly. This makes all the more sense in the backdrop of his compromised tenure as the head of the World Health Organisation.

Army Chief of Staff, General Birhanu Jula said in a televised statement that Dr. Tedros is doing everything in his power to support the separatists and terrorists, even arranging weapons for them. David Steinman, an American economist nominated for the Nobel peace prize, has called for the World Health Organisation chief to be prosecuted for genocide. In a complaint filed at the International Criminal Court in The Hague, the American economist accused the WHO Director-General of being involved in directing Ethiopia’s security forces who killed, arbitrarily detained, and tortured Ethiopians.

Rebels in Ethiopia’s Tigray region, who have time and again received help from Dr. Tedros, warned Tuesday that their troops would seek to destroy the capabilities of Ethiopian and Eritrean forces, despite the Ethiopian government’s unilateral ceasefire. Later Tuesday, a senior member of Tigray’s regional government told The New York Times that Tigray’s leadership was committed to “weaken or destroy” the capabilities of the Ethiopian and Eritrean armies “wherever they are.”

Tedros has compromised loyalties and has time and again been connected to the deaths of many people back in his home country of Ethiopia. He was accused of covering up epidemics in the country even while he was the Health Minister in the Ethiopian government, days before he became the director of the WHO. A prominent global health expert, who was also an informal advisor to Tedros’s rival for the WHO top spot, had accused him of covering up to three epidemics in Ethiopia.

Even in the early days of the Covid pandemic, he lied about the virus not being capable of human-to-human transmission when China wanted the world to believe so. He refused to advise a travel ban on China and called it xenophobia when the US and India banned it. However, as the EU did not ban travel, Italy became an epicentre for Covid, and the lies of Tedros were exposed.

With so much dirt against him, there is no way Dr. Tedros should remain the Director-General of the World Health Organisation and as him holding such an important position, goes on to show how compromised the WHO is.