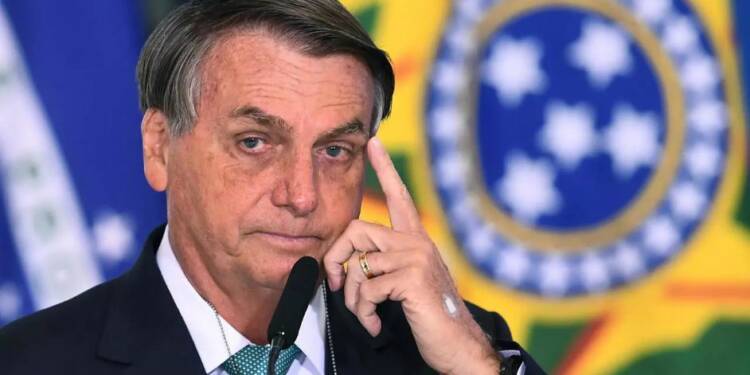 “We are going to change the destiny of Brazil”, then newly elected President Jair Bolsonaro vowed before an exuberant crowd after he was declared victorious in Brazil’s one of the most polarized elections in its democratic history, back in 2018. The ruling Workers’ Party was widely implicated in the corruption probe that even led to jailing of the former President Luiz Inacio Lula da Silva. Three years down, the people of Brazil are now realizing that they have been taken for a ride by the reneging President, who has indeed changed the country’s destiny but only for the worse.

Under Bolsonaro, Brazil is heading into a perfect storm. An out of control Pandemic combined with simmering economic woes and growing political discontent has forced the President to run for cover, who has now resorted to surrounding himself with his loyalists who are willing to protect him and his four sons.

A botched up Covid handling and allegations of corruption in the government’s vaccine procurement efforts have sparked widespread anger and mass protests against Bolsonaro across the country. Along with Rio de Janeiro, rallies against the President were also held in Sao Paulo, Belem, Recife and Maceio. Coronavirus has killed more than 5,00,000 Brazilians causing a steep decline in Bolsonaro’s popularity. As per a Reuters report, Bolsonaro’s disapproval rating has skyrocketed since the corona outbreak. The CNT/MDA poll showed the number of those who take a positive view of the government sliding to 27.7% in July from 32.9% in February.

The countrywide protests have also been fuelled by President’s implication in allegations of irregularities surrounding the $316 million contract signed in February with India’s Bharat Biotech for 20 million doses. Also, Brazilian Supreme Court Justice Rosa Weber has authorized a criminal investigation into Bolsonaro’s response to allegations of potential corruption within his health ministry. Apart from that, Bolsonaro is also facing a Senate Committee investigation into his government’s pandemic policies.

President Jair Bolsonaro has also been accused of pursuing a megalomaniac attitude to silence the opposition simmering in the high ranks of the government. In April this year, Bolsonaro ousted three military leaders whom he considered insufficiently loyal. The most controversial decision was the removal of General Fernando Azevedo e Silva, the minister of defence and a soldier with 45 years in service, which caused an immediate backlash.

Many in the military establishment are of the view that he was sacked for resisting Bolsonaro’s plans for a “coup-mongering adventure”. This was followed by the dismissal of three military commanders — General Edson Pujol, Admiral Ilques Barbosa and Brigadier Antonio Carlos Moretti Bermudez.

Bolsonaro has also been criticized earlier for his treacherous attitude towards protecting the Amazon forests, often dubbed as the lungs of the world. Deforestation has surged to a 12-year high under Bolsonaro’s presidency prompting environmentalists to sound the alarm over blatant denuding of the rainforests.

Carlos Rittl, a Brazilian environmentalist who works at Germany’s Institute for Advanced Sustainability Studies, said the numbers were “humiliating, shameful and outrageous.” In May thousands of Brazilian troops were sent to the Amazon supposedly to fight environmental crime, although some believe they are merely making things worse.

Bolsonaro secured country’s presidency riding the massive wave of anger and frustration triggered by scandals that rocked Brazil under the previous governments. Bolsonaro, despite his controversial stance against gay people, sexist comments about women, racist comments about Brazil’s black population and his praise for the country’s 1964-85 military dictatorship; was chosen to power because the country desperately needed some respite from the deep-rooted corruption in the councils of the administration.

Inconsolably, President Bolsonaro has stood up for everything that he once boasted to stamp out from the country. Bolsonaro has been a colossal failure in delivering on the enchanting promises he made before the elections, and now Brazil stands at the verge of yet another political uprising, this time, to ouster the incumbent president.