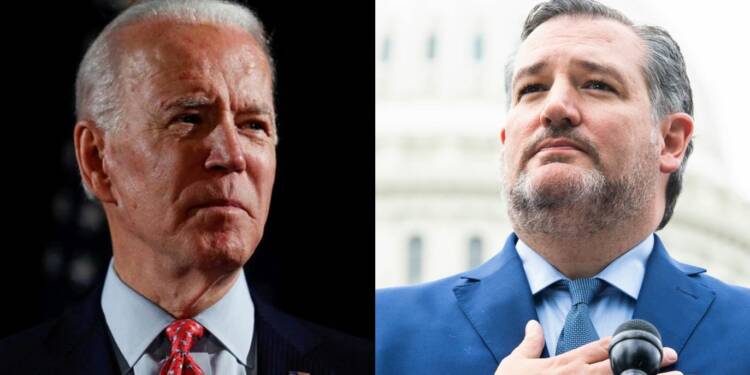 The administration of team Joe Biden has been a disaster with an even greater possibility of messing things up in the future. Illegal border crossings are at a two-decade high six months into Biden’s presidency. The rate of violent crime is rising. In addition, as US forces retreat from Afghanistan, the Taliban is resurrecting. On the other hand, the response to COVID-19 has been Biden’s strongest issue so far. But as the pace of vaccination slowed down and the highly transmissible Delta, as well as Kappa variants, became dominant, this only strong point may turn out to be a failure and the whole fight against the virus may very well end up as a failure.

“I believe Joe Biden is Jimmy Carter 2.0. We’re five months into the Biden administration. We already have a gas crisis, gas lines, an inflation crisis [and] war in the Middle East,” Cruz said. “We’re seeing an absolute disaster on every front,” Sen. Ted Cruz (R-Texas) said in a July 1 Fox News interview, comparing Biden to former President Jimmy Carter, who was portrayed as weak by his opponents and vanquished after only one term.

According to a recent poll by YouGov, the country is split on whether Biden is a strong or weak leader. Fifty-two per cent of adults believed he was powerful, while 47 per cent said he was weak. Predictably, Democratic voters liked the president while Republicans rejected him. Independents, on the other hand, divided, with 50% labelling Biden weak and only 40% perceiving him as strong.

Joe Biden has not only disrupted the social fabric back home in the USA, by allowing Critical Race Theory and other reverse racist theories among other things; he has also led almost all the regions into disruption because of his incapability to deal with problems and his unusually strong attraction towards following Obama era foreign policy verbatim.

During the G7 conference over the weekend, Joe Biden made a series of gaffes and blunders, with international leaders openly laughing at his forgetfulness at one point. The most unusual gaffe made by the US president occurred during a meeting between G7 members and leaders of a number of non-member countries, including South Africa, India, and South Korea.

An awkward moment occurred during the G7 summit when Biden was approached by a reporter who appeared to be asking a simple question. At the time, as could be seen in the video, Biden seemed lost as if he was a kid looking for his mom. The reporter sitting at the other end asked Biden, “How are your meetings going in Cornwall, Mr. President?”

He justified the pullout from Afghanistan in harsh, and at times irritated, words on Thursday. According to him, there is “zero” valid comparison between the chaotic US withdrawal from Vietnam and what is happening now. However, if the Taliban retakes power, the difficult questions will only become more pressing. According to The New York Times, in less than two months, the militant movement has gained control of 150 of Afghanistan’s 421 districts. According to a Reuters story on Friday, the Taliban now claim to control 85 per cent of Afghanistan’s land.

Customs and Border Protection agents encountered about 180,000 attempts to cross the southwestern border in May, the highest number in more than 20 years. In addition to this, homicides and shootings have continued to rise this year, complicating political calculations. According to a Major Cities Chiefs Association analysis based on statistics from 63 cities, homicides increased by over 30 per cent in the first quarter of this year. All these developments have given the Republicans a chance to take on Joe Biden and the Democrats.