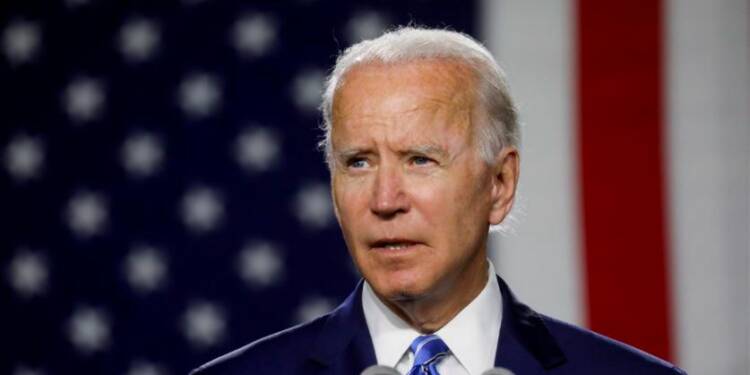 US President Joe Biden is 78 years old. He is the oldest ever President in the history of the United States. He is also the President who just cannot stop making silly gaffes especially when the eyes of the world are on him. But he does not do it because he wants to make everyone laugh; he does it because his old age has caught up with him and he has no control over his fumbling or mumbling as if he is lost in the park. The same was visible during the recent G7 summit.

During the G7 conference over the weekend, Joe Biden made a series of gaffes and blunders, with international leaders openly laughing at his forgetfulness at one point. The most unusual gaffe made by the US president occurred during a meeting between G7 members and leaders of a number of non-member countries, including South Africa, India, and South Korea.

Boris Johnson, the British Prime Minister, has just finished introducing the leaders of those non-member nations. “Welcome, those who have just joined us, we have some pretty spectacular weather. We have Prime Minister Modi [India], President Ramaphosa [South Africa], President Moon [South Korea] in just a minute,” Johnson said.

A perplexed Biden then stopped the PM, erroneously claiming that he had neglected to introduce Ramaphosa, despite the fact that he had said his name just seconds before. “And the president of South Africa,” Biden told Johnson.

Johnson then said, “And the president of South Africa, as I said earlier on.”  “Oh, you did,” Biden said, prompting Johnson to reply, “I did, I certainly did.” Biden’s forgetfulness was made fun of by the other G7 leaders around the table. The president of the United States then joined in.

Another awkward moment occurred during the G7 summit when Biden was approached by a reporter who appeared to be asking a simple question. At the time, as could be seen in the video, Biden seemed lost as if he is a kid looking for his mom. The reporter sitting at the other end asked Biden, “How are your meetings going in Cornwall, Mr. President?”

At first, Biden turned around and there was a look of confusion as if he had been caught in the middle of a thought. Biden replied, “I beg your pardon.” To which the reporter again asked the question and this time Biden gave a thumbs up and said, “Very well.” At the time Jill Biden could be heard saying, “Joe, come on,” frantically moving her arms tell Joe to come to her, and when Joe does go over to Jill, she takes her at hand and drags the President quickly out of the area. It was at the time when the others present started to laugh, a funny sight indeed.

During the G7 press conference on Sunday, Biden stumbled over his words while speaking about Russia, and three times mistook Libya for Syria. The American President mentioned the potential of collaborating with Russia to provide “vital assistance to Libya … a population that’s really in trouble.”

He then claimed that Russia’s intervention attempts in “Syria” had been overwhelmed, but then added “Libya” to the mix. “As long as they’re there without the ability to bring about some order in the region, you can’t do that very well without providing for the basic economic needs of people,” Biden said, “So, I’m hopeful that we can find an accommodation where we can save the lives of people in, for example, in Libya.”

When responding to a reporter’s query about fears about sanctions, he erroneously claimed he had been in office for 120 days, causing him to be mocked once more. Speaking in a strange, hoarse whisper, Biden said, “120 days, gimme a break. I need time.”

Biden had just been in office for 145 days when he made the remark. Biden told reporters during the same news conference, “I’m sorry, I’m going to get in trouble with staff if I don’t do this the right way,” before choosing Bloomberg to ask him a question. Biden has previously utilised a “cheat sheet” to help him figure out who should ask him questions.

During the same address, he also mixed up COVID-19 and COVAX. COVAX is a global project that aims to provide equal access to coronavirus vaccines. “COVID, I know you all know, but a lot of people may not know what COVID is, that is a system whereby they’re going to provide funding for states to get access to vaccines,” Biden said. He committed the same mistake three times at least.

Another one of his gaffes came when he was asked about Putin’s reaction to Biden calling the Russian President a “killer.” Putin had apparently laughed at him being called a “killer” by the US President. Joe Biden looked a little perplexed and then replied, “He laughed” and then laughed himself after which he took a long time to come with an answer.

Biden is supposed to be meeting the Russian President on 16th June in Geneva. Putin definitely has the upper hand and if Biden continues to behave in the way he has been then it is very safe to assume that the Russian President, known for his clever remarks and rebuttals will take Joe Biden for a ride once again.

Not only the gaffes, but even Biden’s policies also are not making the sort of impact domestically that they were apparently supposed to make. People back in the USA are not happy with the President’s push for a global corporate tax system, as this would inevitably cut profits.

The reaction to Biden’s G7 meet and then the meet with NATO has had a different reaction back home. Former President Donald Trump had actively negotiated and participated in deliberations with his fellow allies, that too confidently. On the other hand, it would become news, if Biden goes a day without making a fool of himself.