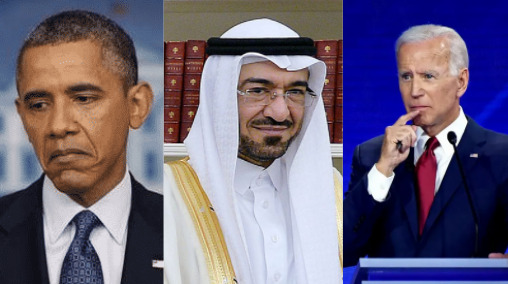 Two lawsuits filed in the United States and Canada against former spymaster Saad Al Jabri, threaten to reveal the United States’ counterterrorism secrets, especially in the Middle East. As it fears that the USA’s secrets will be revealed in court, the Biden administration may file a civil lawsuit against Saudi Crown Prince Mohammed bin Salman.

Last August, Saad Al Jabri, a former Saudi intelligence chief who fled in 2017, sued Crown Prince Mohammed bin Salman, also known as MBS, in a Washington DC court alleging that the prince sent a hit squad to kill him in Toronto in October 2018. Saad Al Jabri worked closely with the CIA on anti-terror measures in the aftermath of the September 11, 2001 attacks as a top Saudi Interior Ministry official for decades.

MBS wants Saad Al Jabri dead, according to Al Jabri’s lawyers, because he has access to sensitive information about the government and royal family and was close to Mohammed bin Nayef, the Saudi crown prince who was deposed in June 2017. MBS’s lawyers have also accused Saad Al Jabri of embezzling $3.4 billion from the Saudi government through his anti-terror programmes. Al Jabri refutes the allegation.

Saad Al Jabri’s lawyers have said in court filings that an “examination of the United States Government’s counterterrorism and national security activities” may be required to defend him against this charge.

The Justice Department is concerned that this could reveal US secrets. According to a US official, the CIA is also looking into the situation. The Department of Justice or DOJ filed a document in a Massachusetts federal court on April 26 indicating that it was considering intervening in the case because Saad Al Jabri intended to “describe information concerning alleged national security activities.”
According to The Post, the filing said, “Accordingly, the Government is considering whether and how to participate in this action, including if necessary and applicable, through an assertion of appropriate governmental privileges.”

According to a 2011 document from the Congressional Research Service, the DOJ would “resist court-ordered disclosure of information during civil litigation if there is a reasonable danger that such disclosure would harm the national security of the United States.”

But in reality, Saad Al Jabri’s revelations would ultimately harm the former President of the United States Barack Obama and Biden’s DOJ is aware of the possibility.

Al Jabri dropped into the scene as a close confidante of Nayef bin Abdulaziz Al Saud who was the then Saudi minister of interior. He became an ally, a key advisor and a mainstay link between the western intelligence agencies and Saudi Arabia.

Saad Al Jabri was appointed chief of staff in 2003, and after the Riyadh compound bombings, their focus shifted to Al-Qaeda. Rehabilitation programmes and closer information sharing with western intelligence agencies were among the changes made to counter-terrorism methods. It is claimed the reforms were instrumental in the foiling of the 2010 trans-Atlantic aircraft bomb plot.

The 2010 foiling of the trans-Atlantic bomb plot was an important event that increased confidence in Saad Al Jabri led Saudi Arabian intelligence. Two packages, each containing a bomb consisting of 300 to 400 grams (11–14 oz) of plastic explosives and a detonating mechanism, were found on separate cargo planes.

The bombs were discovered after intelligence from Saudi Arabia’s security chief was received. They were on their way from Yemen to the United States and were discovered at two stopovers along the way, one in East Midlands Airport in the United Kingdom and the other in Dubai, United Arab Emirates.

Al Jabri met with the then-CIA Director John Brennan at CIA headquarters and British Foreign Secretary Philip Hammond in London in July 2015, with the permission of then-Minister of the Interior and Crown Prince Muhammad bin Nayef.

He went to the White House the following month to discuss the Saudi-led intervention in Yemen. Despite briefing the royal court upon his return, Mohammed bin Salman is said to have believed Al Jabri was “plotting” against him with bin Nayef. On September 10, 2015, he was dismissed from his government positions.

Read More: ‘First explain Obama’s deal with China in 2012, then think about any treaties,’ Duterte drags Biden in a diplomatic soup

Barack Obama’s misadventures in the Middle East are well documented. The Syrian war, the Arab spring, the Yemen war, all were the brainchild of the former president who was deeply vested with the interests of the US industrial-military complex. The deep state’s agenda to pursue the war to fill their own hefty coffers was actively pursued by Obama.

The Biden administration is particularly eager to see Al Jabri’s released and for tensions in the case to be resolved. Al Jabri’s actions in the Middle East were aided and abetted by the Western powers backed by the US under Barack Obama. Vis-à-vis Saad Al Jabri helped the Obama administration gain curated intelligence which would aid in their pursual of war and in effect fill the coffers of the industrial-military complex.

Several US officials who have worked alongside Saad Al Jabri have voiced support for him, with some acknowledging that he was privy to sensitive information.

Former CIA official Philip Mudd wrote in a US court affidavit, “Dr Saad worked directly with at least the CIA, FBI, Department of Homeland Security, White House, Department of State, and Department of the Treasury. When the United States had actionable intelligence or tactical information, we gave it to Dr Saad.”

In its April filing, the Justice Department said it anticipated engaging with both sides to understand their positions, suggesting it was keen for an out-of-court settlement.

Daniel Hoffman, a former director of the CIA’s Middle East division, told AFP, “The more important thing for me is that MBS is holding Dr Saad’s kids, essentially extorting Dr Saad.” “That’s very much against the humanitarian values of the United States.”

Therefore, Biden’s DOJ is doing everything it can to protect the former President’s secrets from being out in the open. While Saudi Arabia still remains the USA’s major ally, the Biden administration is afraid that any curated “Counter-terrorism” secrets being out in the open would malign Obama’s legacy and will severely impact similar operations in the future. The war lobby in the United States would not take kindly to this hindrance.