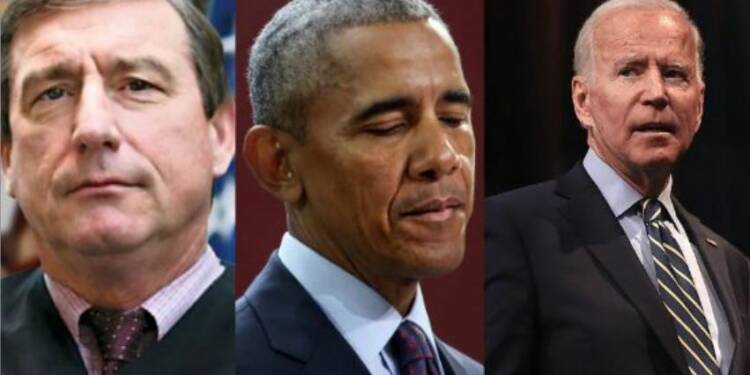 Joe Biden has for a long time been using the older laws regarding immigration to ignore the reservations of border states like Texas. However, the recent judgement by a federal judge in Texas has ruled that a programme protecting migrants who came to the US as children from deportation is illegal. Judge Andrew Hanen, a federal judge in Texas, said that the new applicants should not be enrolled in the Deferred Action for Childhood Arrivals (Daca).

Daca was an Obama era program for immigrants. Its beneficiaries are protected from deportation, have work authorization, are allowed to drive, and can qualify for financial aid for education.

Biden’s immigration strategy has now been thwarted for the second time by a federal judge in Texas. A judge denied the Democratic President’s attempt to implement a 100-day deportation freeze in January.

In his decision on Friday, Judge Hanen agreed with a coalition of states who had filed a lawsuit alleging that former President Barack Obama had formed the programme illegally in 2012. According to Texas and eight other conservative states, Obama acted without congressional authorisation. This has turned out to be a big blow to Biden’s immigration agenda as the judge has ruled DACA illegal.

To keep afloat his sinking virtue signalling boat and to appease the extreme left of the Democratic Party, the Biden Administration has abandoned one of the most sacred duties of the government i.e. to safeguard the nation’s borders. It is a prerequisite for the sustenance of a country’s sovereignty.

Read more: Republican states put their weight behind Arizona and Texas to rein in the border crisis.

The southern borders of the USA are in severe distress. The Biden administration is finding ways to make the condition even worse and the situation is getting way out of hand. Joe Biden, created the impetus for increased cross border illegal immigration and when things got out of hand, he turned a blind eye to the problem and left the agencies to fend for themselves. The situation was such that the US Border Patrol agents were being told not to arrest human smugglers offloading groups of illegal immigrants into the US right in front of them.

Even in this gloom, the latest verdict against Obama’s Daca scheme, which facilitated the arrival of illegal immigrants, is worth noting. Currently, about 650,000 people, known as Dreamers, are enrolled in the program. President Joe Biden has directed that the initiative be strengthened. By judging against Daca the Judge has upheld what the conservatives had always said that Obama had acted without due congressional authorisation.

Daca was dealt a legal blow on the same day that the number of migrants coming at the southwest border set yet another record. In June, border officials apprehended 188,829 migrants, the most in a single month in more than two decades. According to US Customs and Border Protection, this includes almost 15,000 minors who were travelling alone.