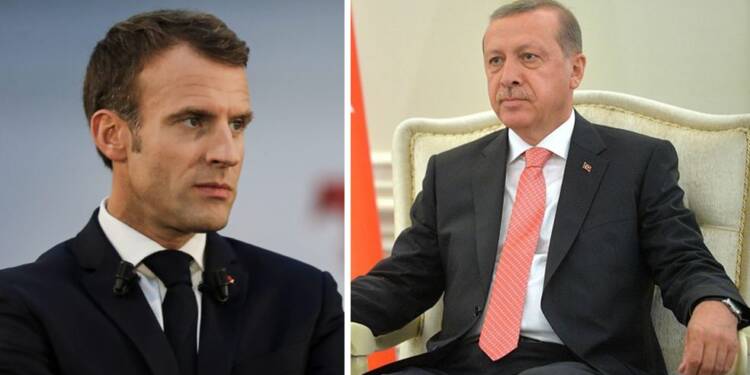 The geopolitics surrounding Syria and Kurdish people has gained traction once again and current Turkish President Erdogan is unhappy. According to Anadolu Agency, Turkey criticised a meeting between French President Emmanuel Macron and members of the so-called Syrian Democratic Council, which is controlled by the YPG/PKK.

The criticism came after Macron, on Monday received a delegation of the Syrian Democratic Council at the Elysee Palace in the French capital Paris. In addition to this, earlier, the French city of Lyon paid tribute to the murdered Kurdish politician and activist Hevrin Khalaf by naming a square after her.

By adding all the current developments it is obvious that the French government has upped its ante against Turkey. In a statement, Turkish Foreign Ministry Spokesman Tanju Bilgic said that France’s ties with the “bloodthirsty terrorist organization” and its extensions, which have a separatist agenda, undermines Turkey’s national security efforts to protect Syria’s political unity and territorial integrity and to ensure stability in the region. These statements expose how riled up the government at Ankara has become, as the French have come closer to the Kurdistan Independence group.

Earlier too, while the USA was leaving Syria, it was Turkey which attacked the Kurds which have been the US allies in the Syrian conflict, even though it claims to be a friend and is a NATO ally of the USA. Trump had been constantly at odds with current Turkish Presiden Erdoğan over the latter’s misadventure and support to the Islamic State in Syria. The Turkish invasion of Syria last to last year entailed brutalities against Kurdish fighters. The Kurdish forces were a key US ally during the fight against the Islamic State.

At the time, current Turkish President Erdoğan’s offensive against the Kurdish fighters in Northeast Syria had led to Trump slamming Turkey in a strongly-worded letter. The then US President had said, “Let’s work out a good deal! You don’t want to be responsible for slaughtering thousands of people, and I don’t want to be responsible for destroying the Turkish economy *and I will.* ”

Read more: As Erdogan follows the footsteps of Xi Jinping, Turkey could soon be kicked out from US-led NATO

Last year, while the US troops were on their way back, current Turkish President Erdogan ordered an invasion of Northern Syrian territories and invaded the Kurds, the exact group which fought side by side with Americans. This was seen as a betrayal on part of Turkey with the USA and its other western allies.

Just after that, the relations between France and Turkey too began to deteriorate, as current Turkish President Erdogan was on a spree of bad decisions. He had tried to use exploration vessels to gain claims to the territories which are disputed with Greece and Cyprus. While he tried to force his will, the sudden support to Greece by France came as a sudden surprise to Erdogan.

Since then, the French have tried to make sure that current Turkish President Erdogan is shown his place. And now with the slew of actions and meetings in support of the Kurdistan Independence group is going on to show how serious France is to show Erdogan a mirror vis a vis his gruesome actions on the Kurdish people.

While the meeting is a message, the larger symbolic action is the naming of a square after murdered Kurdish politician and activist Hevrin Khalaf. According to local media, the square, located in the Guillotiere district of Lyon, will be called “place Hevrin Khalaf”. The Lyon city council unanimously voted on the name on Friday. The inauguration of the square will take place later this year, on 21 September.