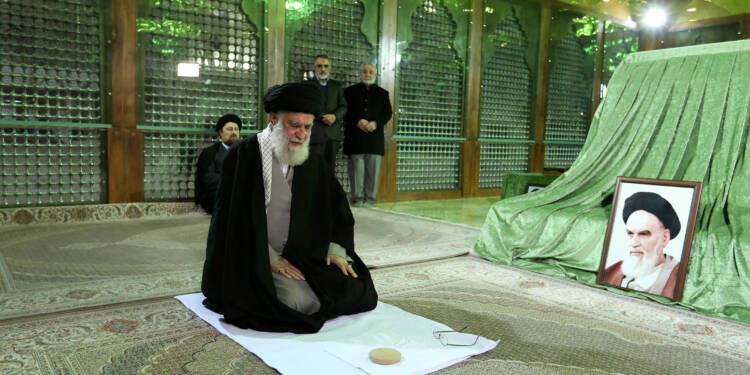 Religion
It is the opium of the masses they say
And the Islamist regime of Iran has mastered the art of using religion to subvert human rights, and subdue the 85 million people of Iran
Since the 1979 Iranian revolution, religion has been at the core of Iranian governance
For decades, massacres of activists went unnoticed, because, religion
An oppressed lifestyle of the people was reinforced by faith in religion
The people were suppressed and all their money was spent not on their welfare but on wars against a Jewish Israel, and Sunni Arabs, because, religion
An economy is in shambles, ridden by sanctions, could not shake the government either, because, religion

A people with as rich a culture and identity as Iran cannot be intimidated into compliance forever. While the Islamic Republic of Iran is forcing its citizens to stay put, go along with and obey its policies, with no questions asked, it seems that the patience of the proud people of Iran has run dry and in the face of persistent water and electricity scarcity, and they have had enough of the flawed policies of the Islamist regime in Tehran. The anti-regime protests in Iran that rocked the oil-rich province of Khuzestan have spread to other areas despite the Islamist government’s iron-fist response and severe internet disruptions.

Protests in Iran are now in their third week, with many protestors arrested and excessive force used against them. Demonstrations began on July 15 in response to Iran’s Arab Ahwazi inhabitants in Khuzestan suffering from severe drought and water shortages. Protesters say that water is only a trigger for the movement, in addition to a long history of repression by the Iranian government. Protests in Iran against the leadership and a nationwide drought have spread across the country since then, including to Tehran, the capital. Protesters are also critical of Iran’s foreign policy objectives, particularly considering the country’s lack of basic requirements.

While Khameini and Rouhani recently ordered authorities to take care of the people’s needs. Outgoing Iranian President Hassan Rouhani promised to open dams to help alleviate the water shortage, according to Asharq Al-Awsat. This was just the basic theatrics to convince the international community that the current protests in Iran are related to just the “only water issue” and nothing more. However, this just cannot be true given the speed and intensity with which the protests in Iran have engulfed the whole country.

The protestors are thinking logically. The fact that Iranian leadership is more interested in transporting instability in the Middle East and lend resources to its proxies, but is incapacitated to make the life of its own citizen less worse off, shows they do not have the interests of Iranian people in their hearts. Earlier, Iran’s theocratic regime had admitted the deaths of only three protesting civilians, and blamed “terrorist” and “separatist” groups for their demise. However, videos on social media suggest that Iran’s security forces have been shooting protestors at point-blank range. Many are feared dead, but the Iranian regime is not in a mood to admit their crimes against humanity anytime soon.

Read more: Iran is imploding from within as protests against the Islamist regime swell once again

Demonstrations in Tehran, Karaj, Kermanshah, Isfahan, and Bushehr have gone viral, with demonstrators screaming slogans against Iranian Supreme Leader Ayatollah Ali Khamenei and calling for the religious governing system to be overthrown. After an hours-long power outage in areas of Tehran, shopkeepers began protesting, according to the Iranian Mehr News Agency.

“No Gaza, no Lebanon, I sacrifice my soul for Iran,” demonstrators shouted at most demonstrations, a cry that has resurfaced in almost all anti-government protests in Iran since the 2009 post-election unrest. It looks as if the people of the Islamic Republic of Iran turning un-Islamic, in the face of brutalities committed by what is considered to be the spiritual leadership. It has been used to criticise the Islamic Republic’s regional policies, which have resulted in the deaths of Iranians, as well as Tehran’s support for militant groups in the Middle East.

“Iran’s security forces have deployed unlawful force, including by firing live ammunition and birdshot, to crush mostly peaceful protests in Iran taking place across the southern province of Khuzestan,” Amnesty International said in a statement. In addition to this, according to Netblocks, a web-outage monitor, parts of the country that were experiencing protests saw a “near-total Internet shutdown that is likely to limit the public’s ability to express political discontent or communicate with each other and the outside world.”

In response to crackdowns, UN High Commissioner for Human Rights Michelle Bachelet spoke out on Friday against the Iranian government’s response. “The impact of the devastating water crisis on life, health and prosperity of the people of Khuzestan should be the focus of the government’s attention, not the protests carried out by people driven to desperation by years of neglect,” Bachelet said. “I am extremely concerned about the deaths and injuries that have occurred over the past week, as well as the widespread arrests and detention.”

Aside from huge arrests at protests in Iran , there have been reports of night raids in which local activists are rounded up, loaded into security trucks, and driven to unknown locations. “Some of the riot leaders have been identified,” Iran’s police head informed reporters on July 27. While top Iranian officials, including the supreme leader and President Hassan Rouhani, have given limited recognition to the protests in Iran, these actions by the executive, tell a convincing tale, that the government is trying to portray this as a minor occurring concerning water issue, but in reality, the discontent is with the dictatorship.