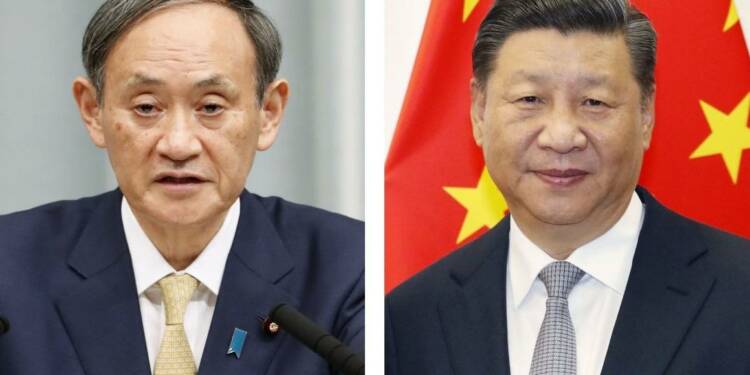 If any development has really hurt China over the past one year, it has to be the mass exodus of Japanese companies from the Communist country that virtually threatens to leave a large section of Chinese workers unemployed. And now Tokyo is fuming about a lackluster Olympics and the losses that it has to bear. So, Japan wants yet another round of exodus of its companies from China, which is bound to mount China’s troubles.

As per a joint survey conducted by the Consulate-General of Japan in Hong Kong, the Japan External Trade Organization’s (JETRO) Hong Kong office and the Hong Kong Japanese Chamber of Commerce & Industry in July, about 56.5 per cent of Japanese companies based in Hong Kong have said that they were concerned about the new National Security Law. The government-sponsored survey seems more like Tokyo’s message to remaining Japanese companies in China- leave before its too late.

The government-sponsored survey of Hong Kong-based Japanese companies also revealed that the percentage of Japanese companies that will expand their businesses in the city has shrunk to 3.9% in July from 5.5% in April. On the other hand, those planning to leave the city has increased to 2.2% from 0.4%. The percentage of companies, which are concerned about the new National Security has itself registered a steep rise of more than 5% since April this year.

The increasing anxiety in Hong Kong-based Japanese companies is awful news for China. Out of the 9,025 external companies located in the Chinese city, 1,398 of the companies are Japanese. Now, if they start exiting Hong Kong, it would translate into a major financial loss for Beijing.

And there is every reason to believe that negative sentiment towards Chinese policies in Japanese companies could lead to their exodus. Only in April year, Japan had announced a large subsidy programme worth $2 billion for its companies exiting China and relocating production to Japan. Almost $200 million were also set aside for those seeking to shift production to ASEAN countries. Later, Japan added Bangladesh and India to the list of “relocation destinations” for its companies.

As a consequence of Japan’s efforts, 87 of its companies had shifted base out of China. While 57 of such companies moved back to Japan, 30 moved to ASEAN countries like Vietnam, Myanmar and Thailand.

Overseas companies based in Hong Kong have many reasons to be worried about the prevailing situation in the city. It was reported recently that Hong Kong is looking to amend the Personal Data (Privacy) Ordinance. Once the proposed Amendment gets through, the Privacy Commissioner will be empowered to order Internet Service Providers (ISPs) to block access to foreign companies with doxxing content, if considered necessary.

For the unaware, doxxing implies publicly revealing what was previously private information about an individual or a group through the internet. Therefore, overseas companies harbour some real concerns about flow of information and data safety in Hong Kong.

However, for Japanese companies based in Hong Kong and elsewhere in China, there are other issues at play too. They are seemingly getting influenced by the latest round of tensions between Tokyo and Beijing.

For Japan, the rescheduling and lackluster of the Tokyo Olympics 2020 has become an issue of personal rivalry with China. Tokyo is presently hosting the greatest sporting event on the planet, but it is a flop show. No spectators, rising Covid-19 cases in the city and widespread public opposition to the games in Japan, the prospect of the entire event generating no revenue for Japan and many other issues are making the games a dud this time.

An angry Japan squarely blames China and its epidemiological misadventures for making the 2020 Tokyo Olympics a big disaster. And Japan has reacted by informally dumping the ‘One China’ policy and listing Taiwan as a country in Japanese Kanji.

In fact, Japan is now leading the charge against China when it comes to encouraging Taiwan’s independence. Recently, former Prime Minister Shinzo Abe also expressed a desire to visit the grave of Lee Teng-hui, Taiwan’s “father of democracy”, whereas the Suga administration removed Taiwan from China’s map in its defence white paper.

At the end of the day, the biggest weapon is Japan’s armory for hurting China remains the option to prompt an exodus of its companies from the Communist nation. This is what might also explain the survey about the increasing concern in Japanese companies about the new National Securiy Law in Hong Kong.

The Suga government is giving a big signal to Japanese companies located in Hong Kong or any other part of China about how it may no longer be a prudent idea to carry out business operations in China. It is for the Japanese companies based in China to understand that with growing tensions between Japan and China, the Chinese authorities might ultimately try to harass them.

The Japanese government-sponsored survey in Hong Kong could thus mark the beginning of a new exodus of Japanese companies from China, which will single-handedly rip apart Chinese economy.

Insider Trading, Market Manipulation, you name it – Pelosi is making millions by using her position