As the entire country turns against its Supreme Leader, Khamenei resorts to appeasing people 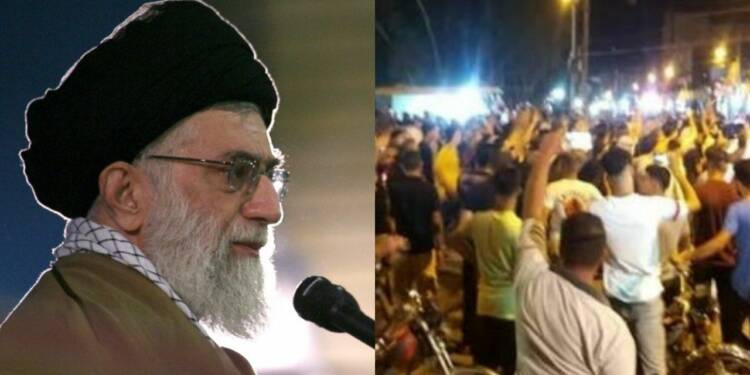 Iran is at its most vulnerable currently and the people have had enough of the regime. Earlier, the anti-regime protests in Iran that rocked the oil-rich province of Khuzestan have spread to other areas despite the Islamist government’s iron-fist response and severe internet disruptions. And now realising the extent of the anger as well as the fact that people are turning on the supreme leader, Khamenei has resorted to classic appeasement of the people.

On Saturday, Iran’s supreme leader, Ayatollah Ali Khamenei, awarded amnesty to more than 2,800 imprisoned offenders in honour of two Muslim religious holidays, according to his website. Protesters said that water is only a trigger for the movement, in addition to a long history of repression by the Iranian government. Protests in Iran against the leadership have spread across the country since then, including to Tehran, the capital coupled with a nationwide drought. Protesters are also critical of Iran’s foreign policy objectives, particularly considering the country’s lack of basic requirements.

While the Islamic Republic of Iran is forcing its citizens to stay put, go along with, and obey its policies, with no questions asked, it seems that the patience of the proud people of Iran has run dry and in the face of persistent water and electricity scarcity, and they have had enough of the flawed policies of the Islamist regime in Tehran.

The timing of the clemency means that the supreme leader has realised the tide against him and the establishment and to appease the people he is trying to make a statement by such actions. The 2,825 inmates who were either pardoned or had their sentences commuted were not identified in the announcement. Clemency was granted in honour of Eid al-Adha, which was observed on July 21 in Iran, and Eid al-Ghadir, which was observed on Thursday. The Feast of Sacrifice, or Eid al-Adha, is one of the most important Muslim holidays, and Eid al-Ghadir is a significant Shiite religious feast.

Demonstrations began on July 15 in response to Iran’s Arab Ahwazi inhabitants in Khuzestan suffering from severe drought and water shortages. Protesters say that water is only a trigger for the movement, in addition to a long history of repression by the Iranian government. Protests in Iran against the leadership and a nationwide drought have spread across the country since then, including to Tehran, the capital. Protesters are also critical of Iran’s foreign policy objectives, particularly considering the country’s lack of basic requirements.

Read more: Are the people of the Islamic Republic of Iran turning Un-Islamic? There are strong indications of it

While Khameini and Rouhani recently ordered authorities to take care of the people’s needs. Outgoing Iranian President Hassan Rouhani promised to open dams to help alleviate the water shortage, according to Asharq Al-Awsat. This was just the basic theatrics to convince the international community that the current protests in Iran are related to just the “only water issue” and nothing more. However, this just cannot be true given the speed and intensity with which the protests in Iran have engulfed the whole country.

While the Supreme leader thinks that clemency can be a good theatric to appease the angry people and get in their good books, the ship has long sailed and these kinds of actions will remain ineffective in front of the anger these people feel towards the government of the time.

As CCP finds itself in a tough spot to explain China’s flood situation, it shifts focus to international media’s anti-China bias