With record donations, Trump has achieved a feat no former US president ever has 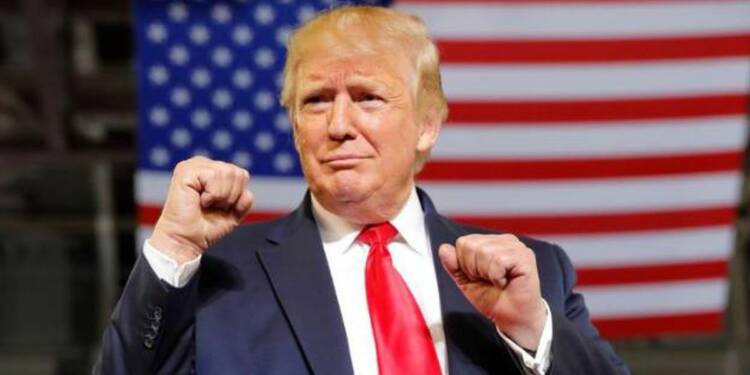 We have some really bad news for the Democrats. Former US President Donald Trump is going to come back and he is going to be a lot stronger this time around. With record donations, Trump looks all set to make an impressive comeback during the 2024 US Presidential polls. POLITICO reported that as per federal filings made public on Saturday, Donald Trump’s political committees have successfully raised $82 million in the first half of 2021 and have $102 million in the bank. It is the first time that a former US President has managed to bank nine figures’ worth of donations to power a political operation.

Trump’s fundraising is spread across three committees- Save America, Make America Great Again PAC, and a joint fundraising outfit that sends its funds to the other two groups. Save America is a leadership PAC, which the former US President launched shortly after losing the 2020 elections. Save America has secured a bulk of the total donations at more than $62 million. At the end of June, it carried just over $90 million in its account.

The donations raised by Donald Trump’s political committees make one thing clear- despite the unparalleled smear campaign against the former US President by the Democrats, Big Tech and liberal US media, Trump stands tall as a Republican leader. Trump’s supporters haven’t abandoned him despite his de-platforming on social media websites, and the former US President still maintains a good donor network, which he can rely upon to mount a 2024 comeback campaign.

Earlier, groups connected to prominent supporters of former President Donald Trump movement to verify the 2020 election results raised $5.7 million for Arizona Republicans’ election audit. According to the Associated Press, the money from pro- Donald Trump groups dwarfs the $150,000 contributed by the Arizona Senate, which commissioned the audit and hired Cyber Ninjas. The message is loud and clear- Trump’s supporters will come to his rescue, whenever he needs them.

The fact remains that if Trump can raise $5.7 million for a mere election audit in Arizona, one can only imagine the amount in donations that he can generate for his 2024 election bid. The Arizona fundraiser was actually a show of strength and popularity by the groups connected to Donald Trump.

The donations raised by Donald Trump’s political committees actually match up to GOP’s official political arms- the Republican National Committee and the party’s House and Senate campaign committees. This implies that the GOP cannot look beyond the former US President in respect of the race to the White House in 2024.

In any case, a party is likely to lean towards the man bringing in more donations. In Trump’s case, the amount of donations roped in by Donald Trump’s political committees is simply unmatched.

Presently, the funds that Trump is raising through Save America cannot be used to finance a presidential campaign, because of the restriction on fundraising through leadership PACs. However, Trump is likely to use these funds in the run-up to the 2022 midterm elections. As per POLITICO, a person familiar with the matter said that the former President is expected to play an active role during the midterm polls.

In fact, Trump has made it clear that the only way to give to Trump-aligned candidates was through Save America. For the former US President, the upcoming midterm polls are a crucial part of his overall 2024 strategy. Trump wants favorable GOP leaders to get elected to Congress so that a majority of Republican Senators and Democrats support Trump’s 2024 election bid when the time comes.

As a part of his campaign to rally behind favorable candidates in the 2022 midterm elections, Trump formed a super PAC, Make America Great Again Action, which is allowed to raise and spend unlimited amounts of money. The organisation has already spent lavishly to bolster Trump-endorsed candidates in a couple of special elections.

Trump may have lost the 2020 Presidential polls. However, almost everyone knew that Trump will eye a comeback in 2024, and that is exactly what he is doing. At this juncture, the funds generated by Donald Trump’s political committees prove that the former US President can mount an impressive Presidential campaign in 2024 at will. And this should send warning bells ringing for the Democrats.

As CCP finds itself in a tough spot to explain China’s flood situation, it shifts focus to international media’s anti-China bias