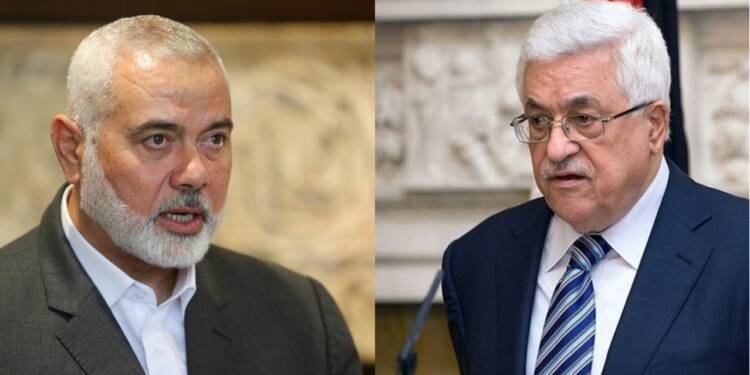 Palestinians have had enough of violence at their doorstep. They want peace with Israel and that is why the Gazans vehemently supported Mahmoud Abbas’ peace efforts with the Jewish nation. In December last year, a survey by the West Bank-based Palestinian Centre for Policy and Survey Research showed that if new presidential elections were held, President Mahmoud Abbas would clinch an easy victory securing the support of at least 56 percent of the voters against his rival Ismail Haniyeh, the chief leader of terrorist outfit Hamas.

However, Mahmoud Abbas is not someone with whom the Gaza based terrorist organization can get along. Hamas desperately wanted to take over the Palestinian Authority. However, what it lacked was the popular support among the Gazans. Ismail Haniyeh’s approval ratings stood at piteous 37 percent, perhaps a result of constant targeting of peace efforts by Hamas.

Ismail had sensed that gaining the momentum back for Hamas-led anti-Israel campaign was a prerequisite for him to secure another term as the supreme leader of the terrorist outfit. Hamas had lost a lot of its popularity as it infuriated people due to its lack of governance and some people see it as the reason for the Israeli-Egyptian siege and the international boycott which resulted in high rates of unemployment and poverty as well as lack of many essential services due to the severe shortages of basic necessities and funds.

Read More: Power, support and hammering of Fatah: What Hamas won even after losing to Israel

So, when Mahmoud Abbas decided to postpone Palestinian elections once again, Hamas found the perfect opportunity to convince Palestinians that the Fatah-led Palestinian Authority was doing Israel’s bidding. It orchestrated near-simultaneous tensions in Jerusalem. The storming of the al-Aqsa mosque by Israeli forces, meanwhile, is said to have been triggered due to the stone pelting by devotees and flagrant violations of Covid-19 SOPs on their part. It does not require a brilliant genius to realise that the events leading to the Israeli forces entering the mosque were all orchestrated by Hamas.

The storming of the al-Aqsa Mosque, coupled with a title dispute in Jerusalem’s al-Jarrah colony, gave Hamas the perfect opportunity to strike Israel with thousands of rockets. Resultantly, Gaza was devastated by the Israeli Defense Forces. At least 230 Palestinians were killed, including 65 children and 39 women, with 1,710 people wounded, according to the Gaza Health Ministry, which does not break the numbers down into fighters and civilians.

The 11-day war ended with a fragile ceasefire agreement, hundreds of people killed and a whopping rise in Hamas’ popularity. Another survey by the Palestinian Centre for Policy and Survey Research post the 11-day war showed that Ismail Haniyeh’s approval ratings had skyrocketed to 47 percent compared with 46 percent for President Mahmoud Abbas of the rival, secular Fatah faction.

Read More: Can Israel and the Palestinian Authority come together to turn Gaza into an Israeli territory

Many were confused upon seeing Hamas celebrating the ceasefire with Israel as some sort of a spectacular victory which it had registered over the IDF. However, the truth is that Hamas was simply jubilant about the fact that it had successfully established itself as the face of Palestinian ‘resistance’ to Israel subsequent to the recent hostilities, thus displacing Fatah. The support for Hamas and the extremism it has to offer has many takers both in Gaza as well as in the West Bank. Elections or not, Hamas had successfully established itself as the mantle carrier of the Palestinian cause.

Haniyeh even participated in the Egypt mediated ceasefire talks between Israel and Hamas. Undoubtedly, it was Haniyeh who was calling the shots without much fanfare.

For Haniyeh, chances for securing another term as Hamas’ top leader looked bleak before the war. However, Haniyeh carefully orchestrated the war scenario against Israel, used poor Gazans as cannon fodder and gained popular support among Gazans just within 11 days.