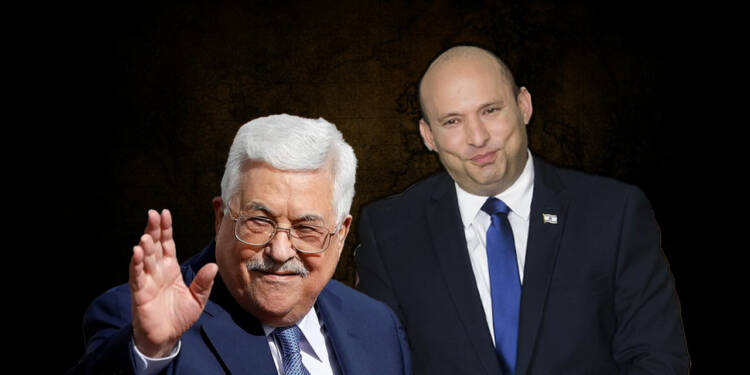 Israel has been working on giving Palestinian terror organisation Hamas a painful death. Hamas – with the backing of Iran, has become a rather lethal irritant for Israel, which is why it is now looking to finish the extremist organisation once and for all. The plan includes choking Hamas dry and encircling it from all sides. Already, Israel has strictly blockaded Gaza – which is the tiny coastal strip controlled by Hamas. The truth is that Hamas has saturated itself in Gaza and has failed to achieve its goal of destroying Israel. Therefore, it has been trying to venture into the West Bank, and among the significant radical population there, it has been gaining popularity.

Israel uses the carrot and stick strategy when dealing with Hamas in Gaza. If the extremist Iranian proxy behaves itself, it gets permitted to carry out rudimentary and essential activities in Gaza, required for the survival of people therein. However, when it launches attacks against Israel and acts against the interests of the Jewish state, Tel Aviv makes it a point to punish Hamas magnificently. In recent times, Hamas has grown very aggressive – and also desperate to inflict heavy casualties on Israel. Now, the important fact here is that Israel does not plan to live with Hamas or accept the organisation as its natural neighbour. In fact, contrarily, Israel plans to destroy Hamas using Palestinian help!

Sounds impossible, right? But here’s the deal. The West Bank is being eyed by Hamas, and the Fatah-ruled Palestinian Authority (PA), which governs West Bank is not planning to let the Gaza-based organisation have a free run in its territories. So, Israel might just have an unnatural partner in the form of Fatah, which will perhaps in the future, help Gaza become a part of Israel – while the West Bank is turned into a formal Palestinian state. This would kill Hamas, and lead to Israel gaining control over Gaza. Meanwhile, Tel Aviv will also have an amiable partner in the form of Fatah ruling over the West Bank.

Essentially, it’s going to be a win-win situation for everyone except Hamas. In a step towards this very direction, Israel on Sunday reduced by half the fishing zone off Gaza, after incendiary balloons launched from the Palestinian enclave caused fires in the Jewish state. In a statement, the Israeli military branch responsible for civil affairs in the Palestinian territories (COGAT) said, “It has been decided to reduce the fishing zone in the Gaza Strip from 12 nautical miles to six nautical miles. The decision was made following the continued launching of incendiary balloons from the Gaza Strip towards Israel, which constitutes a violation of Israeli sovereignty.”

Israel accused Hamas of the incendiary balloon attacks, and warned, “It will therefore bear the consequences for the violence committed against the citizens of the state of Israel.” The fate of Gaza rests squarely in the hands of Israel. Frankly speaking, Hamas-ruled Gaza survives at the mercy of Israel, and now that Tel Aviv has decided to pull the plug so dramatically indicates just how irritated it is with Hamas’ shenanigans.

Read More: First a deal with the US and now a purge: Abbas led Fatah has defeated Hamas without firing a single shot

While Israel is punishing Hamas by choking it to near death, the Naftali Bennet-led government is working to provide economic relief to the Fatah-ruled Palestinian Authority. Reported by TFI, the Israeli government is considering restricting debt collection from the PA to ensure its financial and political stability. This comes after a series of meetings between the PA and Israeli officials. The United States too had called on Israel to relieve the restrictions imposed on PA to help it overcome the financial woes.

While on one hand, Israel is trying to alleviate the financial woes of the Palestinian Authority, it is ensuring that Hamas does not get to draw a satisfactory breath. Israel is also ensuring that Hamas does not become a major threat for the Fatah in the West Bank, for which the Palestinian Authority will be eternally indebted to Tel Aviv. Therefore, if it has to eventually support an Israeli takeover of Gaza, in return for a sovereign Palestinian state in the West Bank, it would do so readily.

The simple fact is that Israel does not want a Palestine on both sides. One friendly Palestine it can deal with. Considering the fact that Hamas will never be friendly towards the Jewish state, Tel Aviv has begun the process of eliminating the Gaza-based organisation entirely, with the help of its friends in the West Bank.