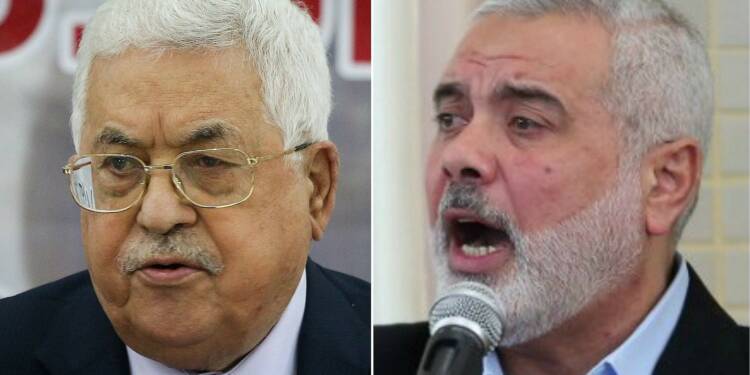 While Hamas and Fatah battle with each other for influence in Palestine, Mahmoud Abbas-led Fatah seems to have defeated the Gaza-based Hamas even without firing a single shot. Two developments- the death of a prominent Abbas critic during a raid on his home by Palestinian Authority (PA) security officials and a deal with the US, suggest that Hamas has been done in by its fiercest competitor, Fatah.

Fatah’s latest actions are supposedly a part of the ongoing tug-of-war between Fatah and Hamas for exercising control and influence in Palestine. The Gaza war last month and Hamas’ activism were a part of an overall effort to wrest Fatah of the right to control the Palestinian territory in the West Bank. Now, Fatah seems to have purged a prominent critic and moved closer to a deal with the US in order to weaken Hamas.

The Times of Israel claimed that a senior US State Department official told it that the Biden administration is committed to rushing the Palestinian Authority to reform its welfare policy that includes payments to security prisoners and families of Palestinians killed during involvement in terror activities.

Abbas-led Fatah is very smartly securing US support and aid here. The US Congress had passed the Taylor Force Act in 2018 that suspended American aid to PA as long as it continued to implement the existing welfare policy of paying stipends to prisoners based on the length of their sentence.

PA officials are working actively with their American counterparts, and are trying to bring their welfare policy in line with the Taylor Force Act of 2018. The underlying idea is to ensure that stipends would be based on prisoners’ needs as opposed to the length of their sentence. This will ultimately embolden PA and Fatah by enabling direct aid from the Biden administration.

The increasing coordination with the Biden administration is actually emboldening Fatah and allowing Mahmoud Abbas to crack the whip on his critics. This became all the more clear early Thursday when political activist Nizar Banat died after PA security forces arrived at his home to arrest him. In fact, the incident is a part of Mahmoud Abbas-led Palestinian Authority’s crackdown on political opponents and social media users in the West Bank.

Fatah’s latest moves effectively neutralise efforts by Hamas to unseat Mahmoud Abbas. Hamas was consistently working against the Mahmoud Abbas-led Fatah in order to weaken its political position. Fatah has been facing internal dissensions, and pollsters predict that Hamas could get a chance to form government in Palestinian territories, if and when, elections are held.

To make things worse, Mahmoud Abbas’s decision to call off Parliamentary and Presidential elections provoked Fatah’s opponents. Banat, who died during an arrest by PA security forces, too was one of the most vocal opponents of Abbas’s perceived decision to defer polls and hold on to power. Banat had even asked foreign powers to suspend financial aid to the PA.

In fact, Hamas provoked the Gaza conflict last month as a part of its political strategy to make Fatah look bad while assuming the role of protecting the entire Palestine, including the Fatah-controlled West Bank for itself. The idea was to make Abbas look like a spineless man, submissive before Israel at best and complicit at worst.

The strategy did seem to work when pollsters predicted that Fatah had dropped to the third spot in terms of political popularity, even as Hamas made serious attempts to relaunch the Palestine Liberation Organisation (PLO) bereft of moderate factions like Fatah.

But as Fatah has now started cracking down on its opponents, apart from securing US support, it is becoming clear that unseating Abbas is no cakewalk. Make no mistake, the US and Israel would prefer a moderate Fatah regime in West Bank to a militant Hamas regime which could keep the entire region on the boil. And Mahmoud Abbas is clearly capitalising upon his position as a moderate leader, which commands more acceptability than the Gaza-based Hamas.

Mahmoud Abbas-led Fatah has therefore defeated Hamas, even without firing a single shot.