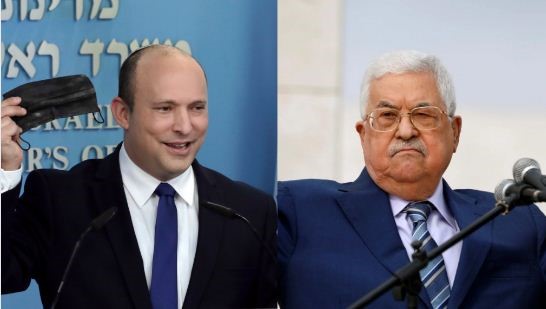 Gaza, geologically a tiny piece of land, carries a much larger geopolitical weight when it comes to diplomacy in the Middle East. Several wars have been fought to control this tiny strip of land that is one of the most densely populated areas in the world. Israel conquered it in the six days war of 1967 but withdrew in 2005 after years of negotiations and clashes. Israel’s withdrawal consequently paved the way for Hamas to assemble a secret supply line from longtime patrons Iran and Syria. Two years later, Hamas took control of the strip in 2007 after pushing Mahmoud Abbas-led Palestinian Authority out from Gaza. Now, Israel is helping the Palestinian Authority election to regain its lost influence over Gaza, which it was forced to surrender to the Islamic Resistance Movement earlier.

Israeli newspaper Haaretz recently reported that the Israeli government is considering restricting debt collection from the PA to ensure its financial and political stability. This comes after a series of meetings between the PA and Israeli officials. Earlier, US Envoy Hady Amr had warned that the Palestinian Authority is facing dangerous economic and political crises.

Read More: Power, support and hammering of Fatah: What Hamas won even after losing to Israel

The US official had called on Israel to relieve the restrictions imposed on PA to help it overcome the financial woes. Israel considers Hamas a terrorist outfit, and it would never allow a Hamas-backed candidate to assume the presidency election of the Palestinian Authority. A militant regime in West Bank could further plunge the region into chaos.

Of late, Hamas has intensified its efforts to undermine the Abbas led PA, capitalizing upon the massive popularity it garnered during the latest round of violence between Israel and Gaza.

Hamas provoked the Gaza conflict as a part of its political strategy to make Fatah look bad while assuming the role of protecting the whole of Palestine, including the Fatah-controlled West Bank for itself. The strategy did seem to work when pollsters predicted that Fatah had dropped to the third spot in terms of political popularity.

Read More: First a deal with the US and now a purge: Abbas led Fatah has defeated Hamas without firing a single shot

Hamas is also allegedly fuelling anti-Abbas protests in the Gaza strip. The death of Abbas’ critic Nizar Banat provided Hamas a fortune moment to launch a scathing attack against Palestinian Authority. Moreover, Head of Hamas Political Bureau in Gaza, Yahya Sinwar also announced on Wednesday that his movement is ready for a national unity that serves the Palestinian cause, in a move to further intensify the anti-Abbas campaign in the territory.

However, Abbas has refused to relent before the militant organization and has accused Hamas of stirring up trouble. Israel, meanwhile, is cashing in on the fault lines between two players and pitting PA against Hamas to prevent the latter from assuming power.

Last week Israel had decided that it would deduct NIS 597 million from the tax it collects and transfers to the PA for exports from Gaza. Israel accused the PA of sending this money to the families of terrorists who were killed or detained by the Israeli forces. However, Israel has now realized that the economic instability could render the Palestinian Authority politically weaker. As a result, election could enable a military takeover of West Bank at the hands of the belligerent Islamist organization.

For Israel, a moderate leader Abbas is much easier to deal with. Thus, by helping PA to get rid of its financial instability, Israel is keeping Hamas away from strengthening its grip over the PA. Thus, Israel, with its economic favours, is helping Abbas to deal with the Hamas problem. This election would not only neutralize Israel’s fierce opponent in the Gazan territory but also help Israel in expanding its influence over the Palestinian Authority.

Russia, with Mongolia’s assistance, is going to kick China out of the Korean peninsula