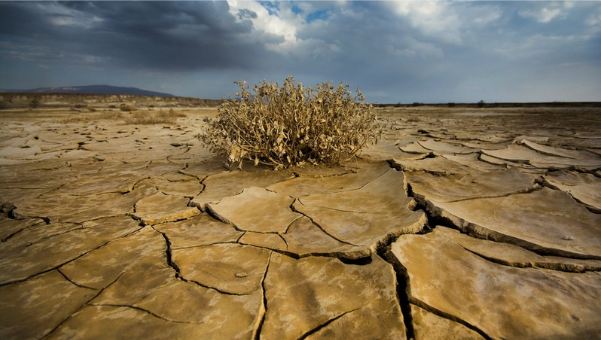 Disputes in the 21st century are going to be more frequently triggered by climate change. We are talking about droughts and other such disasters triggering socio-economic problems, sectarian conflicts and even separatist movements. Iran is probably the first country to witness how things can fall apart due to droughts and water shortages. Today, much of Iran is sinking not due to the abundance of water, but due to the lack of it.

Iran is facing what we call mismanagement of water resources. Iran is a country with a continental climate. Rainfall is relatively scant and is concentrated from October through April. There was never an abundance of water in the Shi’ite country, with most of its rivers being short, shallow and seasonal in character.

However, 2021 is worse. Iran is facing its driest summer in five decades which has exacerbated the water crisis in the country. Precipitation has been low in Iran and there has also been a rise of 2-3 Celsius in temperature, which has depleted snowpack in the country and has dried up rivers.

And then the dry conditions is not the only issue in Iran, as the country hasn’t been able to manage its scant water resources prudently. The Shi’ite nation has built way too many hydroelectric dams and has also cultivated water-intensive crops like rice, wheat and sugar cane. Since Iran is facing international sanctions and trade restrictions, it tries to be self-sufficient and keeps growing such crops despite the enormous toll that it takes on the country’s ecology.

But why is Iran reporting such excessive depletion of groundwater, which is literally forcing the soil to move away? Well, experts blame excessive subsidence in Tehran for excessive groundwater depletion.

Mohsen Tabatabei, an official with the Ministry of Roads and Urban Development said, “The disaster is rooted in the fact that 4 billion cubic meters of water are annually extracted from 50,000 wells, a third of which are illegal.”

Tabatabei added, “We’re seeing it [subsidence] in 30 out of the 31 provinces. Most major plains, let’s say 450 of 609, are in critical condition.” As per Alireza Shahidi, Director of Iran’s Geographical Survey and Mineral Exploration, the problem is particularly severe in and around Tehran.

Shahidi explained, “In some countries, one inch of subsidence is considered a catastrophe.” He added, “Unfortunately, we have recorded … 14 inches in the Greater Tehran region.”

The issue is, of course, that of water shortage, but it has some extraordinary and far-reaching consequences also. As soil shifts and settles on a large scale in Iran, we are literally looking at a situation in which people have their houses, plots of land and infrastructure swallowed.

The water crisis in Iran is eroding the general living standards of an average Iranian, which is already not very impressive given the international sanctions against the Shi’ite country. Ali Nazemi, an Iranian hydrologist, told Climate Home News, “Some villagers just do not have water to drink. They have to go and get water from small puddles on the ground. Its not right for animals to drink water like this.”

Ali added, “In big cities, they’re consuming bottled water for a number of years because the water that comes from the pipes is coloured and smelly.”

The problem is getting spilled over into Iran’s society. The Arab-majority province of Khuzestan, for example, is known for its rivers but many of them are now drying out due to rising temperatures and lack of rainfall, apart from improper management of the water resources.

So, Khuzestan is witnessing a new wave of angry protests over water shortages. Meanwhile, the Islamist regime in Tehran is getting paranoid about the ongoing turmoil in Khuzestan and Iranian police went as far as opening fire on the protesters. Last month, at least one person was killed in police firing and such events are likely to inflame a fresh sentiment of separatism, which implies a Soviet-style disintegration of the Shi’ite country.

Iran is a country with many problems from international sanctions and regional conflicts. But no one would have imagined that out of all its problems, it would be something like a water crisis that would put the Shi’ite country in serious jeopardy.