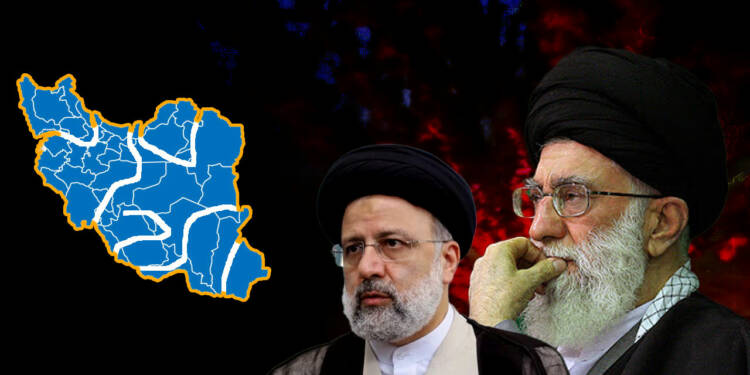 Iran is facing a brand-new crisis that could lead to a Soviet-style disintegration of the Shi’ite nation. And Iran’s disintegration might as well start from Khuzestan, which is also known as “Arabistan”. Khuzestan is an Iranian province situated on the Iran-Iraq border. It is one of the richer provinces in the Shi’ite nation, being endowed with 90 per cent of Iran’s oil capacity but is presently embroiled in a major crisis challenging the very integrity of Iran. Khuzestan actually inhabits two million Iranians who are ethnically Arab, commonly referred to as Ahwazi Arabs.

Ahwazi Arabs share close links with Saudi Arabia, Iran’s primary religious rival, and then Khuzestan is also located right across Iraq’s Basra province. Khuzestan’s geographical position and the ties between Ahwazi Arabs and Saudi Arabia mean that a lot can go wrong for Tehran in this province. Khuzestan has a history of past insurgency, and the present signs don’t look good either.

Presently, Khuzestan is witnessing a major show of disaffection from the Ahwazi Arabs. They have serious grievances about state-sponsored oppression, discrimination, marginalization, environmental hazards, and poverty under the present fundamentalist regime in Tehran.

But for Iran, insurgency in Khuzestan is nothing new. Even after the Iranian Revolution in 1979, the Arab demand for autonomy within a Shia-majority Iran had fuelled what was described as the 1979 Khuzestan insurgency. The uprising had led to over 100 Iranian Arabs getting killed at that time.

The 1979 uprising was crushed brutally by Iran’s authoritarian and radical regime. But anti-Iran sentiment in Khuzestan has refused to die down. In 2005, there were massive protests in Khuzestan, which were crushed brutally by the Iranian regime. Later, multiple bomb blasts in Ahwaz, the capital city of Khuzestan province showed how anti-Iran sentiment had taken grip of the region.

In 2011 also, a popular revolt inspired by the Arab Spring uprisings ended with the death of 15 Ahwazi Arab demonstrators. Even today, separatist movements are being run in Khuzestan by militant factions like the Ahwaz Arab Renaissance Party, along with some non-violent ones. Ultimately, the ongoing struggle against Iran in Khuzestan represents the Iranian Arab population dream of establishing an independent, oil-rich Ahwazi State in Southwestern Iran.

Within Iran, a Khuzestan uprising is the last thing that the country’s regime would want. The Raisi administration that got elected to power recently is already facing a lot of opposition. For starters, Iran’s new President Ebrahim Raisi is not a popular leader and got elected through a highly untrustworthy poll, clocking a low voter turnout at 48%.

Iran is, in fact, on the brink of an economic collapse as the Shi’ite country faces water bankruptcy and a massive drought. This is mounting further pressure on the incumbent regime in Tehran with slogans like “No to Gaza, no to Lebanon, my life for Iran” becoming an everyday affair in the country.

For Ahwazi Arabs in Khuzestan, a weak political regime in Iran is the perfect opportunity to break apart from the Shi’ite nation. They have both the readiness and willingness to break up Iran. Before the incumbent clerical regime goes down, Iranian provinces could dissipate just like the Soviets.

For Iran, the disintegration of any province including Khuzestan can set in a chain effect triggering other regions to break away from the Shi’ite nation. Take the case of Iranian Azeris, who share strong ties with Azerbaijan and Israel. They are ready to break away from Iran and unify themselves with the country of Azerbaijan. Similarly, Iranian Kurds are looking for an independent Kurdish State, whereas Balochs show a willingness to accept separation from the Shi’ite nation.

On the face of it, Iran might seem like a homogenous, Shia nation. But the country consists of complex, mountainous geography that promotes diversity of communities and when a central, authoritarian regime suppresses such communities, Iran starts facing a plethora of separation movements.

Meanwhile, the US is leaving Iraq to please Iran. Iranian proxies are now going to get a free hand, as there is no Trump in the US who could get someone like Major General Qasem Soleimani killed in Iraq. So, the situation is now clear- it is Saudi Arabia versus Iran in Iraq. Things will intensify with the passage of time, and when push comes to shove, Riyadh will not hesitate in carrying out some destabilization projects at the other side of the Persian Gulf in provinces like Khuzestan.

Iran could therefore be heading towards a Soviet-style disintegration, starting with ‘Arabistan’.