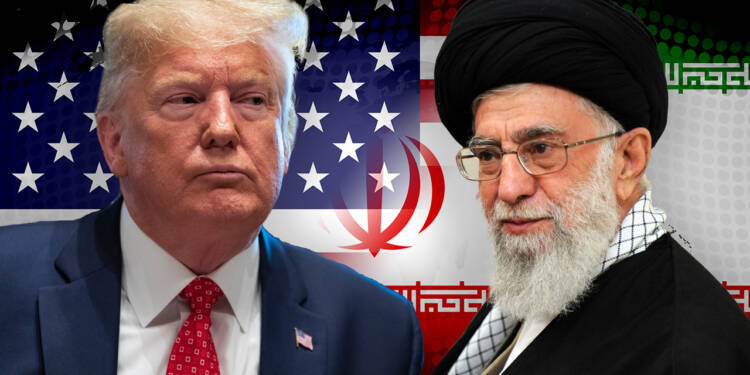 Remember how 2020 started? Well, just before the Pandemic, there was a major spike in US-Iran tensions. The US had killed an influential Iranian military commander- General Qasem Soleimani. Tehran was left fuming and it seemed as if the US would go to war with the Shi’ite nation. But then Iran held back and a major military clash was averted.

Now, exactly a year later, US-Iran tensions have started peaking again. Perhaps, Iranian wounds have opened up days ahead of Soleimani’s first death anniversary. The Trump administration is also looking to deter Iran and warn it against any possible misadventures. Over the past one week, both Iran and the US have sought to flex their arms.

Late last month, Trump issued a warning to Tehran. He tweeted, “Our embassy in Baghdad got hit Sunday by several rockets. Three rockets failed to launch. Guess where they were from: IRAN. Now we hear chatter of additional attacks against Americans in Iraq…” He also warned, “If one American is killed, I will hold Iran responsible. Think it over.”

Our embassy in Baghdad got hit Sunday by several rockets. Three rockets failed to launch. Guess where they were from: IRAN. Now we hear chatter of additional attacks against Americans in Iraq… pic.twitter.com/0OCL6IFp5M

The American military soon followed up on the US President’s stern warning to Tehran. The US Central Command stated, “The Dec. 20, 2020, rocket attack on the green zone in Iraq was almost certainly conducted by an Iranian-backed rogue militia group.” As per Bill Urban, a spokesman for the Central Command, the rocket attack was “clearly NOT intended to avoid casualties.”

The US defence officials now say they are preparing for a possible attack on American personnel and interests in Iraq. The US military also flew its two American B-52 bombers in a 30-hour round trip mission from Minot Air Force Base in North Dakota to the Middle East ending on Wednesday. This is the third such US Air Force mission to show American military might for deterring Iran in the last 45 days.

Marine Gen. Kenneth “Frank” McKenzie, Chief of US Central Command said, “The United States continues to deploy combat-ready capabilities into the U.S. Central Command area of responsibility to deter any potential adversary, and make clear that we are ready and able to respond to any aggression directed at Americans or our interests.”

McKenzie added, “We do not seek conflict, but no one should underestimate our ability to defend our forces or to act decisively in response to any attack.”

The US pressed its bombers into service, even as the Iranian regime sympathisers continue mourning Qasem Soleimani.

US-Iran tensions have always peaking been dangerously, with Trump administration’s ‘maximum pressure’ policy. Trump has been pushing punitive sanctions that have ransacked the Iranian economy. Tehran itself remains antagonistic towards the US because American sanctions have caused political turmoil in the Shi’ite nation. Also, the Iranian administration remains angry about Soleimani’s killing.

In November also, there were speculations about Trump administration’s stalled plans to attack an Iranian uranium enrichment facility. Then, the Trump administration decided against attacking the Iranian facility due to the risk of regional escalation.

However, now Iran and the US seem to be growing increasingly wary about each other. As the Trump administration comes to an end, it seems that Iran and the US might turn confrontational. If the preparations are any indication, a US-Iran war seems very likely.