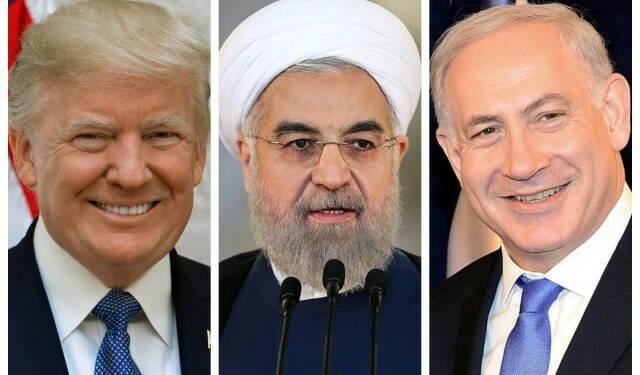 Iran is transitioning into a worse off period compared to the pitiable state it was already in. The country is transitioning from a comparatively moderate Islamist government led by Hassan Rouhani to what is expected to be an extremely hardline government under Ebrahim Raisi. Rouhani’s farewell speech contained a comment on the reason why Trump withdrew from the Joint Comprehensive Plan of Action (JCPOA). During his last speech, a beleaguered Rouhani admitted that Israel stole Iran’s secret nuclear archive and gave it to the then US President Donald Trump, leading to the cancellation of the Iran nuclear deal signed under Obama’s presidency.

For the first time in two years, Rouhani acknowledged that Israeli agents stole Iran’s nuclear secrets and gave them to Trump. Trump then withdrew from the nuclear deal, officially known as the Joint Comprehensive Plan of Action, he claimed (JCPOA). The timing of this candid admission seems to be outgoing leader Hassan Rouhani’s attempt to set the records straight before the conservatives gain complete hold over the country.

Iranian Supreme Leader Ayatollah Ali Khamenei has ensured that an ultraconservative known as the “butcher of Tehran” is elected as the next Iranian President and Khamenei is making sure that the clergy, the Iranian Revolutionary Guard Corps (IRGC) and the conservative-Islamist regime are brought on the same page. Given these developments, Rouhani is fuelling the ongoing unrest as a moment of vindication. He is using the unrest in Iran to show that he was right all along, whereas the Conservative-Islamist regime’s influence pushes Iran into anarchy. Rouhani is subtly letting Iranians know that he has been scapegoated by the hardliners, and that he is the one who held the country together.

On Sunday, Iran’s outgoing President Hassan Rouhani apologised to Iranians for the hardships they endured during his eight-year administration. While Rouhani was ostensibly apologising to the people of Iran for his own administrative failures, the real target was Supreme Leader Khamenei. Now by means of this admission, he is making it clear that the country’s security establishment which has stayed under the control of Khamenei, failed to secure the country’s secrets and even under such circumstances, Rouhani controlled his nerves and worked in Iran’s larger interest.

In their Monday morning editions, the Iranian press reacted to Rouhani’s farewell speech on his two terms in office. The editors of the IRGC-affiliated publication Javan took advantage of the chance to express their dissatisfaction with Rouhani’s administration by running a full-page photo of him with a headline consisting of only one Persian word: “Raft,” which means “He’s gone!”

Hardline Kayhan, affiliated with the office of Supreme Leader Ali Khamenei, which has been attacking Rouhani in recent weeks for his support for the nuclear deal, dubbed it “the government of hope and trust in America” on Monday’s front page, a label that would have been a sign of opposition to Rouhani’s policies until Sunday, but now that he is out of office is a damning and incriminating indictment.

These angry and frustrated news articles and name-calling imply that the conservatives are not happy with the last-minute action of Hassan Rouhani, as he is clarifying where the reasons for current problems lie. The purpose behind Rouhani’s admission is to put the upcoming regime in a tight spot and place the blame where it is due. The Iranian President is challenging Khamenei and the upcoming President to rule Iran after ousting him, as his statements will leave no method for the upcoming government to place the blame on him. As the outgoing Iranian President is relishing the moment of his vindication, the temperatures in the conservative camps are reaching unforeseen levels.