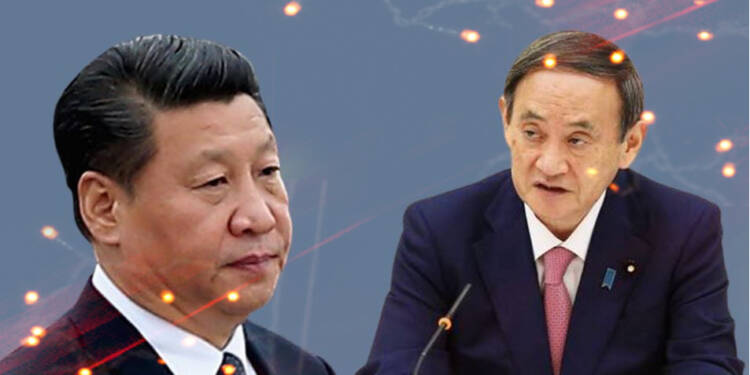 Japan has assumed the task of nipping China’s misadventures in the bud. As per a latest report, sources say that Japan’s Defence Ministry is looking to deploy Ground Self-Defence Force (GSDF) missile units with 500-600 personnel in the Ishigakijima island in Okinawa Prefecture by the end of fiscal 2022. This will bring the number of missile units in the Nansei island chain to four, including the main island of Okinawa.

Japan’s plans of deploying missile units in the Okinawa Prefecture are aimed at securing the Miyako Strait and the first island chain. China’s maritime activity around the Miyako Strait has been growing exponentially as a part of Beijing’s anti-access and area-denial strategy to block the US forces from entering the region.

According to The Strait Times, one of the sources said that one of the new units to be placed on Ishigakijima island will operate surface-to-ship and ground-to-air missiles, whereas another unit will handle the initial response phase in case of a major disaster or armed attack by the adversary.

Japan’s plans to deploy surface-to-ship missiles and ground-to-air missiles is a clear warning to China. The Chinese People’s Liberation Army Navy (PLA Navy) has been ramping up its presence in the region. Chinese aircraft carrier Liaoning often sails through the Miyako Strait located between Okinawa Island and the Miyakojima Island.

However, Tokyo is now sending a loud and clear message to China- if push comes to shove, we will not hesitate in targeting PLA Navy ships and aircraft carriers.

Once, Japan deploys missile units in the Ishigakijima island, there will be a total of four such operational units in the Nansei island chain, namely Amami-Oshima island in Kagoshima Prefecture, and the islands of Okinawa, Miyakojima, and Ishigakijima in Okinawa Prefecture. The biggest takeaway is that Japan will have missiles pointing from both sides, that is the Miyakojima Island and Okinawa/ Ishigakijima Island, if and when China tries to navigate military vessels through the Miyako Strait.

Japanese Defence Ministry is also looking to deploy an electronic warfare (EW) unit on Yonagunijima island in Okinawa Prefecture by the end of 2022. This is again aimed at targeting PLA Navy vessels passing through the region.

In fact, China’s main target against Japan has always been the Senkaku Islands. This is why the Chinese Coast Guard vessels have been making a record number of incursions near Japan’s Senkaku Islands, which are also claimed by China as a part of its territory as Diaoyu.

However, Japan isn’t going to let China get away with its misadventures. Japan is deploying missile units around the Miyako Strait, which can open fire on the PLA Navy if tensions escalate into hostilities between Japan and China. Tokyo’s plan would be to clear the Miyako Strait of Chinese vessels and ensure easy access for US vessels in case China and Japan lock horns near the Senkaku Islands.

The Japanese missiles thus seek to create a deterrent effect against the Chinese vessels passing through the Miyako Strait.