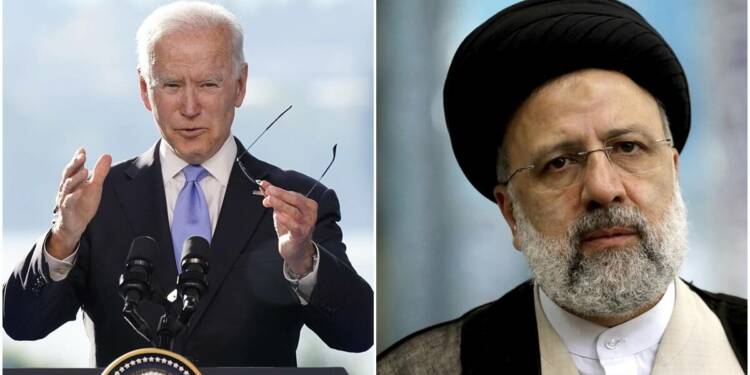 With Biden’s accession to power, Iran has literally gone out of Washington’s control. Iran is already moving towards a nuclear bomb for itself, and now, with Ebrahim Raisi’s election as its President, the Shi’ite country is also trying to revive an alliance of its own, right under Biden’s nose. Raisi wants to reinvigorate an alliance against the US in Latin America.

On Tuesday, Raisi met Sacha Sergio Llorenti Soliz, the Secretary General of the Bolivarian Alliance for the Peoples of Our America, which is officially known as ALBA. This is a part of Iran’s strategy to cooperate closely with a group of Latin American countries who don’t really like the US and create an ‘axis of resistance’ of sorts against the US.

Raisi carved out an opportunity to ridicule the US during his meeting with the ALBA Secretary General. He said that strengthening political and economic relations with Latin American countries is a matter of priority in Iran’s foreign policy.

The newly elected Iranian President added, “Iran is determined to further strengthen its political and economic relations with the member states of the union, and this is in line with the common values and positions of the two sides.”

Taking a dig at the US, Raisi said, “Undoubtedly, activating the level of cooperation between Iran and Latin American countries can make the Americans and other arrogant people passive.”

Llorenti Soliz, who visited Iran to attend Raisi’s swearing-in ceremony himself said, “The goal of the ALBA union is to enhance relations between the Alba member states and Iran.”

The fact that an alliance of Latin American nations is seeking closer ties with Iran must send warning bells ringing for the United States. ALBA was founded in 2004 by Cuba and Venezuela, who hate the US almost as staunchly as Tehran. Today, it is composed of all Socialist and leftist governments in Latin America that share contentious ties with the US.

ALBA consists of ten Latin American Statss namely Antigua and Barbuda, Bolivia, Cuba, Dominica, Grenada, Nicaragua, Saint Kitts and Nevis, Saint Lucia, Saint Vincent and the Grenadines and Venezuela. Suriname too was added to the group as a guest country in 2012. Raisi wants deeper ties with all these Latin American countries by appeasing ALBA.

Iran presently runs an axis of resistance in West Asia that includes Syria and militant groups like Hezbollah and Hamas. Tehran wants to inspire a similar movement in Latin America where Venezuela and Cuba already detest the US, while Bolivia and Nicaragua remain suspicious about American activities in the region.

Iran and ALBA want to substantially exclude the US from the Latin American region. The ALBA nations also aim to conduct trade among themselves using a virtual currency called the SUCRE. Therefore, ALBA wants to banish dollar-based trade transactions, in order to circumvent US sanctions. This can also serve Tehran’s purpose, which presently finds it tough to combat American sanctions on its economy and oil trade.

In fact, Iran has maintained good ties with even before Raisi’s accession to power. Last year, Tehran dispatched the biggest ever fleet of oil tankers to Venezuela to help the South American nation facing a crippling fuel shortage. While Russia and China avoided challenging the US ban on trade with Venezuela, Iran really has nothing to lose and therefore, Tehran decided to deepen trade ties with the Nicoals Maduro regime in Venezuela.

Tehran’s relations with Latin American nations have been highly publicized and have focused entirely on mutual opposition to US policies. Iran’s relations with Venezuela are touted as a poke in the eye to the United States, with the message being that if Washington can foment trouble for Iran by establishing close ties with its enemies in West Asia, Tehran can also annoy the US by establishing strong ties with America’s biggest enemy in Latin America.

Similarly, Iran has sought close ties with Nicaragua for geopolitical reasons. In 2007 itself, Iran had promised to help build an Ocean port for the country, apart from planning a “dry canal” across the Latin American nation to access the Pacific Ocean.

Iran already enjoys a natural and tested relationship with Latin America. Now, with a shaky Biden in power in the US, and an ultraconservative Raisi in power in Iran, Tehran is getting emboldened for the purpose of reviving the Iran-Latin America ties against the US.