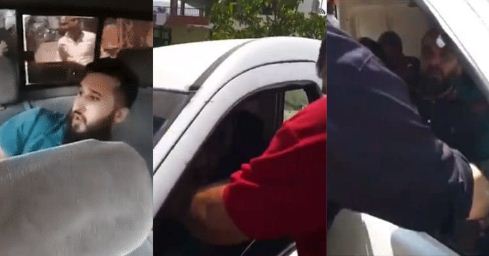 The situation in Lebanon has escalated to a dangerous extent and Hezbollah has been using the local border region as a launching pad for its attacks on Israel. However, the recent fierce retaliation from Israel has enabled the locals to fight against Hezbollah in Lebanon as it has become an issue of existing for them. According to reports, the Israeli military replied with artillery fire in reaction to earlier rocket fire from Lebanon. The rocket sirens had sounded in northern Israel’s Upper Galilee and the Golan Heights.

However, the interesting bit was how the locals in Lebanon from where the Hezbollah initiated the attack reacted. According to media accounts and video footage, Druze locals in a southern Lebanese town halted the Hezbollah crew with its rocket launchers that had fired into Israel on Friday and detained its members until the Lebanese Army arrived. This is a clear sign that the people are not willing to become unintended casualties in the adventures of some foreign government’s proxies that do not have the local population’s best interests in mind.

According to video evidence, a group of locals stopped a truck-mounted multiple launch rocket system as it went through the town of Chouya. “Hezbollah is shooting missiles from between homes so that Israel shoots us back,” other residents complained, while others converged on one of the Hezbollah members in the vehicle, saying, “Who are you, you dog?” Hezbollah then published a statement claiming that the missiles were launched from remote places and that the fighters were intercepted in Shwaya on their way back.

More footage of brave locals in Hasbaiyya of southern Lebanon attacking #Iran-backed Hezbollah members & stopping from them continuing their rocket launch into Israel.

More proof of how Iran-backed terrorists are hated by ordinary people. pic.twitter.com/UFwsbNDSAm

Lebanon is reeling under extreme poverty, impoverishment, essential commodity and power shortages and of course, terrorism. According to the World Bank, more than half of Lebanon’s population is living in poverty, and its financial crisis is likely to place it in the top 10, and possibly even the top three, most severe crises in the world since the mid-1800s. With an economy in free fall, the Lebanese society has reached its threshold and is on the verge of collapse.

Read more: Lebanon’s Hezbollah backed government could topple any moment, thanks to joint efforts of Israel and France

Lebanon’s currency – the Lebanese pound has nosedived 90 per cent since 2019 against the dollar. The devaluation of the Lebanese pound has caused long queues for petrol and shortages in medicines across the country. Violence, protests and crimes are growing in Lebanon. And on top of all this, Hezbollah is using its territories to attack Israel. In such a scenario with fierce retaliation from Israel, the locals in Lebanon are beginning to attack Hezbollah given they do not want to become the next Syria or Yemen.

As tensions between the long-time adversaries rose, the US asked Lebanon’s government to prohibit Hezbollah fighters from firing rockets into Israel. “We urge the Lebanese government to take immediate steps to avoid such attacks and retake control of the area,” said State Department spokesman Ned Price.

Besides, in reaction to earlier rocket fire from Lebanon, the Israeli IDF launched its artillery. Lebanon launched rockets two days ago, prompting Israeli retaliation in the form of mortar shelling and airstrikes. According to local media, Israel’s Iron Dome missile defence system intercepted some of these rockets before they could reach their intended targets.

On Friday, Israeli Defense Minister Benny Gantz warned Hezbollah and the Lebanese government that, while the situation in their country was already dire, Israel was prepared to make it even worse if calm was not maintained on the northern border, from where the Shiite terror group had launched a barrage of rockets, prompting Israel’s retaliation.

The locals in the bordering areas understand the prowess of the Israeli military as they have witnessed it first-hand multiple times. And in the face of such statements and actions, they have realised giving a free run to Hezbollah will be calamitous for the local residents of the area.

More proof that Iran-backed terrorists use civilian areas as their launching sites. pic.twitter.com/sLugeW9tew

Later in the day, the Lebanese Army arrived to seize the rocket launcher seen in the video and arrested four suspects of the rocket launch. According to reports and media accounts, four Hezbollah members were apprehended and the rocket launchers installed on the vehicle stopped by the Chouya locals were probably used in a previous attack, as some of the barrels seemed to be empty.

The UN peacekeeping mission in Lebanon, known by its acronym UNIFIL, said Friday the situation was “very serious” and the locals also understand this. Given the developments in the region, the chain of attacks against Hezbollah by the locals in the bordering areas of Lebanon means that they are no longer sold on the ideas propounded by the terror outfit and understand that in case the Iranian proxy is not stopped, they would become another Syria or Yemen.