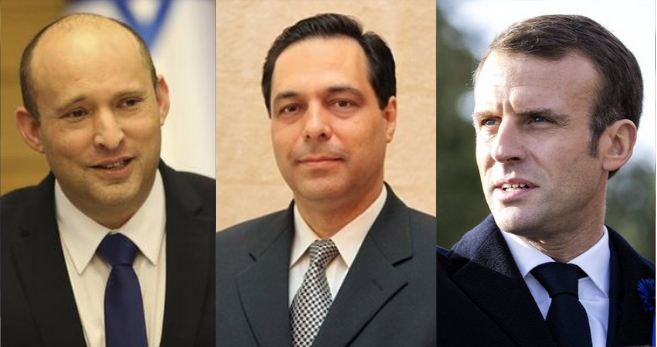 Lebanon is reeling under extreme poverty, impoverishment, essential commodity and power shortages and of course, terrorism. According to the World Bank, more than half of Lebanon’s population is living in poverty, and its financial crisis is likely to rank in the top 10, and possibly even the top three, most severe crises in the world since the mid-1800s. With an economy in free fall, the Lebanese society has reached its threshold and is on the verge of collapse. Lebanon′s caretaker Prime Minister, Hassan Diab has admitted as much while calling for international help to avoid a “social explosion” in the country.

Lebanon’s currency – the Lebanese pound has nosedived 90 per cent since 2019 against the dollar. The devaluation of the Lebanese pound has caused long queues for petrol and shortages in medicines across the country. Violence, protests and crimes are growing in Lebanon. Caretaker Prime Minister Hassan Diab, who has himself faced massive protests in Lebanon after the Beirut blast of last year, said, “Lebanon is crossing a very dark tunnel” that is leading the country toward a “major catastrophe” at all levels of society.

Lebanon’s caretaker government is backed by Hezbollah, which is why the Western world is not very enthusiastic about helping it out. However, the crisis in Lebanon should serve as a wake-up call for leaders in the country, and the Lebanese people at large, to disown the Hezbollah and also distance themselves from Iran. Since the last census was taken nine years ago, Lebanon’s Christian population has shrunk, while the Shia Muslim numbers have swollen. Yet, if this crisis does not wake up the Lebanese people, nothing can, and their country will forever be doomed.

Fortunately, France and Israel have stepped in with help for Lebanon. The Macron administration is seemingly pushing for a military coup in Lebanon. And while phrases like a military coup or regime change might sound strong, Lebanese military rule is actually a better option than an Iran-backed Hezbollah regime. France has supplied emergency food and medical aid for Lebanese troops in hopes of preserving law and order throughout the country.

Yes, even the Lebanese military is in crisis and relying on foreign powers for essential supplies! France is helping it, and in the absence of a democratically-elected government, seems to be pushing for the military to take control in Beirut. France wants to ensure that the Hezbollah is driven out of power, and Iran’s influence in Lebanon is minimised. Incidentally, France’s interests align with those of Israel in Lebanon.

Israel too would favour a Lebanese army-led regime in Beirut for the time being, at least until the crisis is handled and the country can hold elections to elect a government. In the meantime, it wants Iran’s influence in Lebanon to be brought to nil. Iran, even during the crisis which the Lebanese people are facing, is thinking just about itself, and making plans to exploit Lebanon when it is at its lowest. In its time of crisis, Israel has offered unconditional support for Lebanon, provided it accepts the same. The ball is now in Lebanon’s court.

Read more: Beirut Blast has triggered an anti-Hezbollah movement in Lebanon and it can bring Palestine and Iran to their knees

Hezbollah, at the behest of the mullah regime in Iran has said that Lebanon’s gasoline crisis could be addressed within a few days if it would just accept Iranian oil shipments, which are under sanctions by international law. The terror organisation also announced that if the government failed to do so, Hezbollah will eventually negotiate directly with Tehran and import Iranian oil through the Port of Beirut.

Hezbollah is a proxy organisation of Iran, and serves only Tehran’s purpose – not that of the Lebanese people. In Lebanon, the Hezbollah must be declared a pariah and a regime free from it must be brought into place. France and Israel seem to be taking steps to ensure that a Hezbollah-free regime gains power in Lebanon, but the people of the country must take the initiative to fight Hezbollah and Iran too. The crisis is, in fact, an opportunity for them to get rid of a cancerous organisation, which is serving Iran’s interests while claiming to support Lebanon’s Shia Muslims.

France and Israel will surely help Lebanon – but they need to see action on the ground being taken against Hezbollah in return for their aid and support to the crisis-struck country.