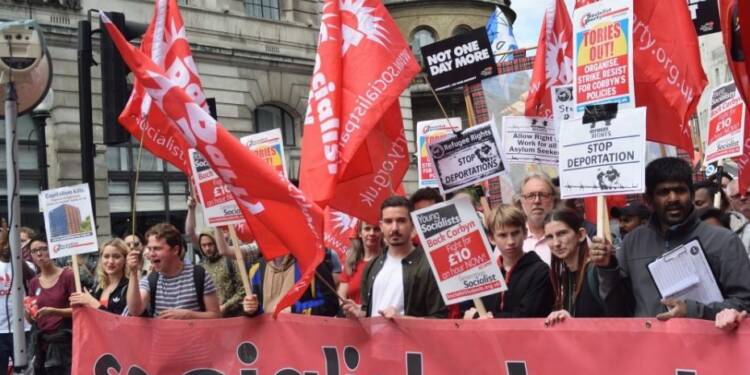 According to a recent study conducted by IEA, a majority of millennials and Generation Z people in Britain want to live under socialism because they believe it is the greatest system for addressing the inequality in the UK. However, the experts have cautioned against dismissing their opinions as a fad.

According to the survey, 16 to 34-year-olds in the UK are “hostile to capitalism,” according to the Institute of Economic Affairs, a right-wing think tank. Young people want to renationalise the railways, energy, and water systems, and keep private firms out of the NHS, rather than being the “politically disengaged and indifferent” generation they have “long been depicted as.”

According to the study, “‘Millennial Socialism’ is not just a social media hype.” the same was said by Dr Kristian Niemietz, head of political economy at the IEA and author of the report. “It was not just a passing fad which ended with Jeremy Corbyn’s resignation. Nor is it simply a replay of the student radicalism of the 1960s,” he added, “This is a long-term shift in attitudes, which is not going to go away on its own.”

According to a survey conducted on around 2,000 young people between February and March this year, up to 78 per cent blame capitalism for Britain’s housing issue and 67% said that they would prefer a socialist system over it, while 75 per cent say that climate change is a “particularly capitalist problem.”

The survey speculated that movements like Black Lives Matter, Extinction Rebellion, and Greta Thunberg’s climate activism could be to blame for the shift in attitudes. Young people link socialism with “workers,” “public,” “equal,” and “fair,” with 75% agreeing that “socialism is a good idea, but it has failed in the past because it has been badly done”.

Meanwhile, a majority of them associated capitalism with words like “exploitative,” “unfair,” and “the wealthy.” The study revealed minimal variation in sentiments across those in their late teens and early 40s, implying that capitalists should not disregard the beliefs as a phase common among teenagers.

According to the survey, where there are variations in attitudes, young people are more likely to “grow into” socialist ideology rather than away from it. Supporters of the market economy need to “accept that challenge and rise to it, rather than dismiss it or pretend it is not happening,” Niemietz said, urging people to make a “positive case” for capitalism by developing solutions to young people’s problems.

The socialist ideology has gained a lot of steam in Great Britain. Extremist toxic social movements such as the cancel culture have penetrated their roots into the nation. Queen Elizabeth was cancelled after her portrait was taken down from Magdalen College’s Middle Common Room. Magdalen College is affiliated with the renowned Oxford University.

‘Wokes’ are simply cancelling anybody who they, in their poor and uninformed judgement, found guilty of being a racist or cultural or racial supremacist. And the survey proves that a majority of millennials in Britain are actively imbibed in the idea of leftism.