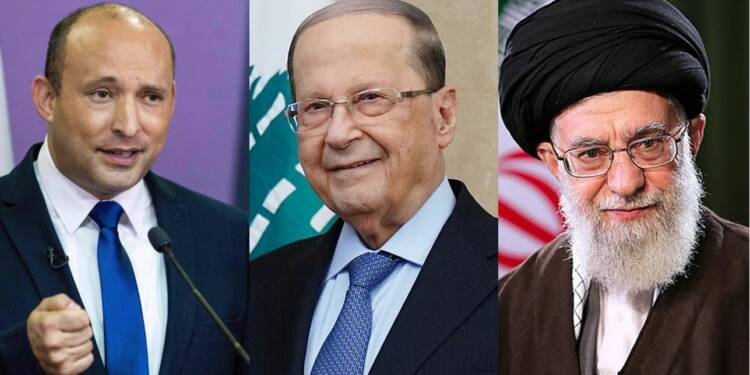 Israel and Lebanon are not friends. In fact, they are sworn enemies – who share a history of bloody conflicts. Since 2006, a general ceasefire has been in place between the two countries preventing the breakout of major hostilities. However, ties between the two countries are anything but rosy. At the core of the animosity between Lebanon and Israel is the terror outfit – Hezbollah, which is backed by Iran. The Shi’ite organisation shares the same idea as that of the Iranian regime — the destruction of Israel. The Jewish nation’s real enemy is Hezbollah and the government backed by it in Beirut.

The Lebanese people are not the enemy of Israel. In fact, Israel has now extended a helping hand for the people of Lebanon, which can help soothe their pain. Lebanon is reeling under extreme poverty, impoverishment, essential commodity and power shortages and of course, terrorism. According to the World Bank, more than half of Lebanon’s population is living in poverty, and its financial crisis is likely to rank in the top 10, and possibly even the top three, most severe crises in the world since the mid-1800s

Israeli Defense Minister Benny Gantz has offered to help Lebanon during its time of crisis. Taking to Twitter, Gantz said, “As an Israeli, as a Jew and as a human being, my heart aches seeing the images of people going hungry on the streets of Lebanon.” The Defense Minister added, “Israel has offered assistance to Lebanon in the past, and even today we are ready to act and to encourage other countries to extend a helping hand to Lebanon so that it will once again flourish and emerge from its state of crisis.”

Israel has offered assistance to Lebanon in the past and even today we are ready to act, and to encourage other countries to extend a helping hand to Lebanon so that it will once again flourish and emerge from its state of crisis.

Violence, protests and crimes are growing in Lebanon. Iran, even during the crisis, which the Lebanese people are facing, is thinking just about itself, and making plans to exploit Lebanon when it is at its lowest. Hezbollah, at the behest of the mullah regime in Iran has said that the Lebanon’s gasoline crisis could be addressed within a few days if it would just accept Iranian oil shipments, which are under sanctions by international law. The terror organisation also announced that if the government failed to do so, Hezbollah will eventually negotiate directly with Tehran and import Iranian oil through the Port of Beirut.

Israel, on the other hand, is offering unconditional support to Lebanon. The people of Lebanon see it, and so does the government – to an extent. It is for this very reason that chatter has been suggesting that the Lebanese government is being nudged by regional powers to make peace with Israel and normalise ties with the Jewish nation. Lebanon represents more of a European styled democracy, partly due to its mixed demography and partly due to its status as a former French colony. Even today, Lebanon is seen as the most liberal Arab State.

Lebanon is a country with a mixed demography. Lebanon’s estimated Christian population stands at 40 per cent, while the rest of the population is almost equally divided between Sunni and Shia Muslims. After the massive explosion in Beirut shocked Lebanon last year, Hezbollah started losing support despite a considerable Shia population in the country. All the explosions and storage of weapons targeted against Israel does not make much sense to an average Lebanese.

Hezbollah is unpopular in Lebanon because it subjects people to a lack of safety and is generally viewed as representing the wrong side. Israel knows that there is growing discontent against the Hezbollah in Lebanon, which is why it has begun making moves to win the support of the country’s non-Muslim population and liberals even within the Islamic community. Growing support for Israel among the Lebanese will be the final nail in the coffin of Iran, which banks on Lebanon and Hezbollah to act as its proxy and wage an unending war on the Jewish nation.

Despite their bloody history, Israel seems all set to snatch Lebanon from right under Iran’s nose and reconcile with it. The same will not just be a major loss of face for Iran in the region, but also a geostrategic disaster for it. With France making moves to establish a Lebanese army regime in the crisis-struck country, Israel’s chances of befriending Lebanon will receive a major shot in the arm.

China is trying to fill the void left by the US in Afghanistan through its failed BRI, but a terrible fate awaits Jinping