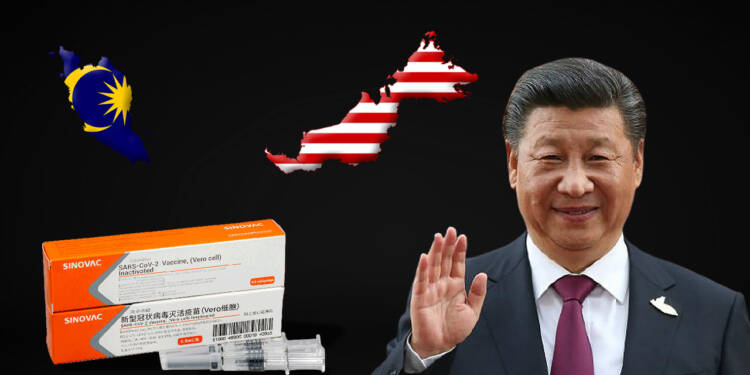 The subject of economics is deeply entwined with the social realities and developments in the concerned country’s society. It is through this perspective that one should view the current economic debacle in Malaysia. If one takes a birds-eye view of the economic situation in Malaysia, it is becoming from bad to worse. The pandemic was already a shocker for the Malaysian economy, just like for the whole world.

However, the situation has become worse as foreign companies and trade associations have registered their extreme criticism. With the industries in a state of inactivity, the economy seems on the verge of collapse and the most obvious thing to blame is the Chinese vaccines which have turned out to be ineffective against the Delta variant, making it hard for the country to open up.

The country has till now used Sinovac vaccines to inoculate its population. The Malaysian health minister Adham Baba earlier said that about half of the 16 million doses of Sinovac have already been distributed and which is why the rest will be used to cover second doses, but no new imports will be made of the same vaccine. However, the damage is already done as the arrival of the Delta variant has happened at a time when most of the inoculations were of Sinovac vaccines.

The trade organisations representing Japan, the Netherlands, and Germany in Malaysia have voiced harsh criticisms of the economic situation and the lack of focused choices to address it. They have also warned of the coming economic tragedy in the near future. However, courtesy of Chinese fake vaccines, Malaysia has found itself between a rock and a hard place.

If the foreign companies leave the country, and other Southeast Asian economies provide them with more lucrative options, they will most certainly not come back. However, if they accede to the requests of these trade associations and open up the country, then the situation would turn from worse to dire, given how the delta variant is wreaking havoc in the country.

The country is quite literally at a point of no return and in one way or another it has invited a grave economic collapse. The reason behind this is very clear, and that is the inoculation of a large population with fake Chinese vaccines which has turned out to be a flop show when it comes to delta variants. Yet another example of why trusting the Chinese Communist Party can turn out to be extremely expensive.

These trade associations have an extensive list of concerns, the majority of which revolve around poorly formulated movement control orders, a lack of knowledge of industry needs, and bad implementation. The ultimate line is that their members, as well as the billions of dollars in business investment that they represent, may be forced to leave.

However, the country is currently in the grip of the Wuhan virus and its mutations. As per Nikkei Asia, Malaysia is experiencing nearly 20,000 cases a day. Even after one and a half months of severe lockdown, the situation has not improved. Reports suggest that medical staff are overworked and discouraged. The report also mentioned that the corridors of hospitals are used to place beds; there is a purported shortage of oxygen; intensive care units are not up to scratch. The death toll is growing, with daily deaths already exceeding 200 for the first time since the outbreak began. The situation is so bad that even the number of those who commit suicide is likewise on the rise.

The country has long depended on foreign direct investment and paid scant attention to the economy’s underlying foundations. This had already made the economy highly dependent on foreign investors and companies, and as they are threatening to move out of the country, it will lead to a catastrophic economic disaster which will spill in other aspects too. The country has come to such a situation because of its belief in the Chinese vaccine, but it is the very thing that has brought the whole country to its knees and going ahead, the only option is a slow but steady economic collapse.