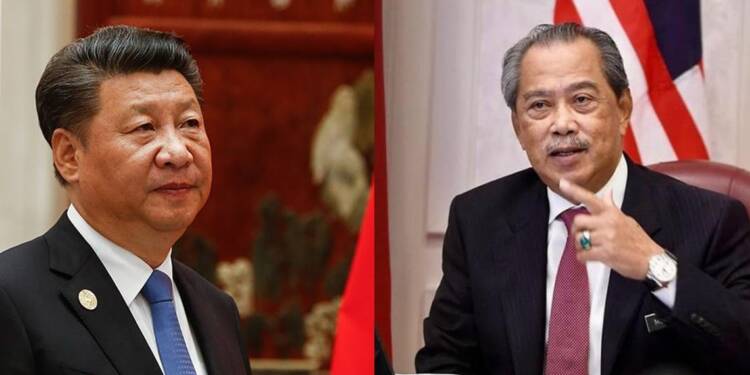 China’s foreign policy looked really strong as it aggressively employed vaccine diplomacy, however, with the latest development, it seems all of it was just a house of cards which is falling as we speak. In the latest fallout of Beijing’s vaccine diplomacy, Malaysia has scrapped a $1.8 billion Singapore- Kuala Lumpur High-speed rail project which was being built with the assistance of China Railway Engineering Corp.

At the same time, following mounting evidence that the vaccines have limited efficacy against the Delta variant currently ravaging Southeast Asia, Malaysia’s Ministry of Health announced yesterday that the country will stop administering the COVID-19 vaccine produced by China’s Sinovac Biotech once current supplies run out. These developments can be considered a response to the recent air threats made by China.

As per reports, the government, developer Iskandar Waterfront Holdings (IWH), and its Chinese partner will not proceed with an equity deal for a planned mega-project near Malaysia’s capital, the parties stated in a joint statement. The agreement between IWH and its partner China Railway Engineering Corp (CREC) to acquire 60% equity in the Bandar Malaysia mixed commercial project for RM7.41 billion (US$1.77 billion) lapsed on May 6 due to a failure to meet terms, according to a statement released on Wednesday (Jul 14).

By doing so, China had just played with a major Malaysian fault line and most definitely angered the Southeast Asian country. Invisible to the world, China demonstrated to Kuala Lumpur that it could divide Malaysia into two halves, without the country knowing what had hit it.

Since then, Malaysia has found itself in a tight spot and while it was expected that some action might follow, the latest steps show that it has had enough of China’s belligerent attitude. According to Malaysian Health Minister Adham Baba, the Malaysian government has acquired around 45 million doses of the Pfizer-BioNTech vaccine, which is enough to cover 70% of the country’s population, compared to 16 million doses of Sinovac’s vaccine.

As Malaysia confronts a spiralling outbreak of COVID-19, the statement came on the third consecutive day of record COVID-19 infections. Malaysia now has 880,782 illnesses and 6,613 deaths, making it the worst-infected country in Southeast Asia per capita. Malaysia’s decision reflects growing concerns about the efficiency of Chinese-made COVID-19 vaccinations against the more easily transmitted Delta form.

In such a situation, Malaysia no longer seems inclined to remain in the good books of China. It wants to show Beijing that taking the Southeast Asian country lightly will lead to considerable consequences. The scrapping of the $1.8 billion project with China as well as stopping the administration of the Chinese Sinovac vaccine are obvious signs of the same.

The low efficacy of Chinese-made vaccinations, along with the country’s assertive military posture, is expected to damage China’s regional prestige in Southeast Asia. Malaysia’s scrapes are the latest result of China’s failed vaccine diplomacy. $1.8 billion China Railway Engineering Corp. is assisting in the construction of the Singapore-Kuala Lumpur high-speed rail project.